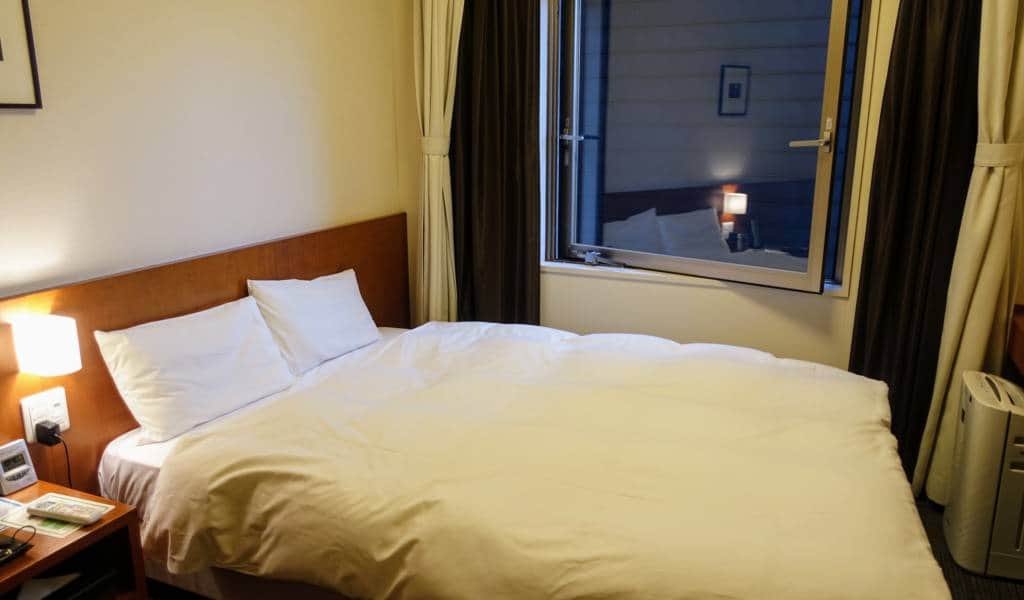 Within spitting distance of the train station (but don’t, that’s gross) this is a pretty regular, only slighty better than a business hotel place to crash.

Rooms are compact but not too bad, with everything you need tucked away somewhere—you just have to find. There have been some modernizations; the halls have been updated and look almost trendy, but the rooms still have that faint stale smoke smell, despite being non-smoking now.

The onsen on the 14th floor are a nice bonus—there’s an outdoor option and an incredibly hot sauna. They have some super-budget options which mean not having a shower, but with the onsen this doesn’t really matter so much, especially if you’re only staying one night.

There are a series of random perks at the restaurant including free ramen after 9 pm and free snack and drinks a little earlier than that. Breakfast is a buffet with Western and Japanese options, which is pretty standard.

The location is probably the best thing about the hotel—if you have a late arrival or early train and you’re on a bit of a budget, it’s ideal.