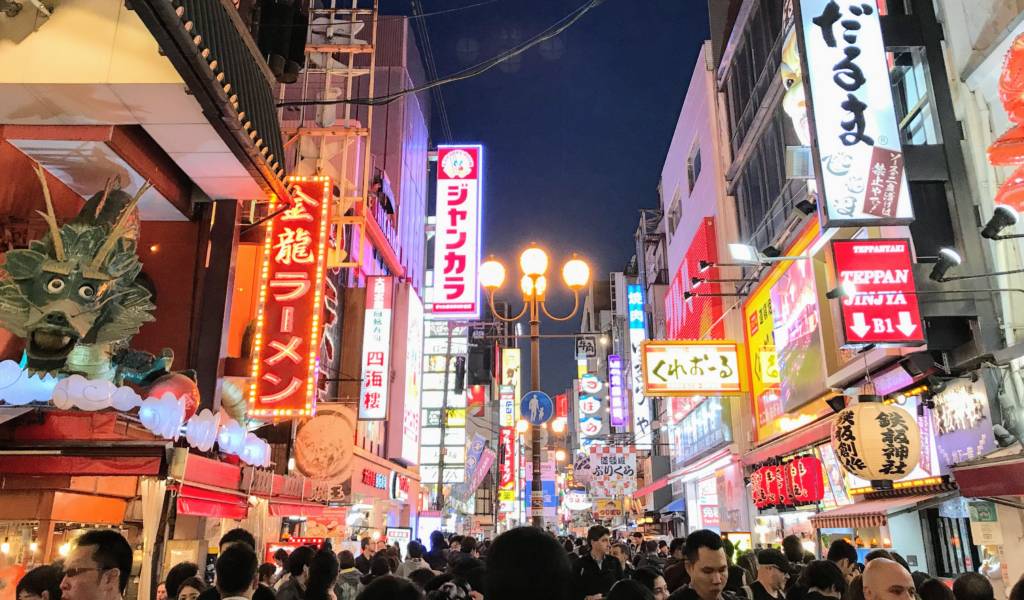 Osaka is Japan’s second-largest city and the biggest in the Kansai region. While Tokyo was still a sleepy fishing village, Osaka was the commercial and mercantile centre of Japan. As such, it has a long and rich cultural tradition. The people are famously less reserved than their Tokyo counterparts and the cuisine is both unique and good value – unlike its  neighbor Kyoto.

As a transport hub, Osaka is second only to Tokyo.

The Shinkansen (high-speed rail, also known as the bullet train) provides quick access from the west and the northeast to Shin-Osaka Station. Tokyo is two and a half hours away on the fastest Nozomi train, while Fukuoka is about the same distance away in the other direction.

You can book your Shinkansen tickets between Tokyo and Osaka (and other cities) in advance online, but before doing so, if that’s your route, we recommend taking a look at our Tokyo to Osaka transport guide to see whether a Japan Rail Pass might be the most economical option, or whether any discount deals are available for your trip.

There are also frequent buses between Tokyo and Osaka, as well as buses from other major cities in Japan. We recommend checking Kosoku Bus for bus ticket prices and schedules.

All Articles about Osaka

Things To Do in Osaka

Getting Around in Osaka