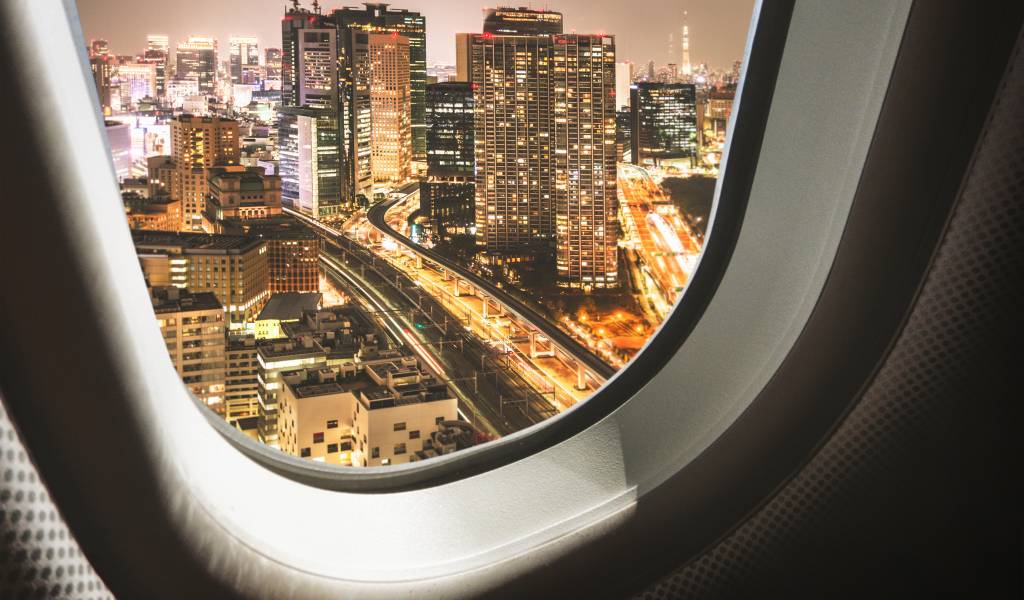 Osaka to Tokyo: The Fastest and Cheapest Ways to Get There

Traveling from Osaka to Tokyo is quick and easy, as it’s one of the busiest routes in Japan. The two cities are separated by a distance of approximately 500km, which can be covered by bullet train, highway bus or another type of transport—it all depends on how much time and money you have.

If you’re doing additional domestic travel, buying a Japan Rail Pass is your best option, as it gives you virtually unlimited, nationwide access to the Shinkansen. However, if you’re just making a single Osaka to Tokyo trip, a one-way bullet train ticket is much better value.  Here is a comprehensive breakdown of your travel options.

The Shinkansen, or bullet train, is definitely the fastest and most convenient way of getting from Osaka to Tokyo, and it’s well worth experiencing a ride on one of the world’s top railways. While the Shinkansen is not always the cheapest option, if you are looking to reach Tokyo within a couple of hours, without the hassle of transfers, this is your best choice. Note that you’ll be catching the bullet train from Shin-Osaka Station, not Osaka Station, which is a couple of stops away.

How long does the Shinkansen take?

The trip from Osaka to Tokyo typically takes 2.5 – 3 hours, depending on which model of Shinkansen you choose. The fastest option is the Nozomi, which will have you in the capital city in around 2 hours and 30 minutes. If you have a Japan Rail Pass, you’ll need to catch the Hikari, which takes closer to 3 hours to make the journey, or the Kodama, which will get you there in around 4 hours. Because the Kodama is rather sluggish, unless you’re buying a special discount ticket (details below), it’s best avoided. A Shinkansen departs Shin-Osaka Station roughly every 5-15 minutes, so you don’t need to worry about not getting a train.

Cost of taking the Shinkansen from Osaka to Tokyo

Buying a regular one-way ticket from Osaka to Tokyo will cost you ¥14,920 during peak season (that’s spring and summer holidays, Golden Week and New Year), and a few hundred yen less off peak.

Should you reserve a seat on the bullet train?

To save some money, you can risk unreserved seating (jiyuuseki), but you might end up with nowhere to sit and have to stand all the way (particularly in peak season)—which can be uncomfortable. If you are traveling with children, don’t like standing for long periods of time, or have large bags, our advice is to go for a reserved seat (shiteiseki). You can reserve your seats in advance at a JR ticket office, at any major JR station in Japan.

Taking the Shinkansen can be costly, but there are ways to make it a bit more affordable. For a start, if you’re planning on doing more than just a one-way trip from Osaka to Tokyo, buying a Japan Rail Pass—which allows unlimited travel on Japan Rail (JR) trains for a week (longer options are also available)—can be a huge money-saver.

You can also take advantage of the Puratto (Platt) Kodama Economy Plan, where you get a one-way ticket on the Kodama for between ¥10,700 and ¥12,300, depending on your travel dates. This discount ticket needs to be purchased at least one day before departure, and only a limited number are available. Look up JR Tokai Tours for more information.

Pro tip: If you have a lot of luggage, or even one huge bag, consider sending it on ahead with a luggage delivery service. New Shinkansen luggage rules from May 2020 dictate that luggage with dimensions of over 160cm but under 250cm will require special reservations (included in your JR Pass), and bags over 250cm won’t be allowed onboard the bullet train at all.

Using low-cost airlines to fly from Osaka to Tokyo

Various low-cost carriers offer discount airfares between Kansai International Airport or Itami Airport and Tokyo, with prices ranging between ¥3,500 and ¥8,000 one way. During sales, tickets can be even cheaper. The flight from Osaka to Tokyo takes about 1 hour 30 minutes, landing at either Narita or Haneda Airport. Here’s an overview of current flight prices:

Flights from Kansai Airport to Tokyo

Flights from Itami Airport to Tokyo

In the lead-up to your trip, it’s a good idea to check the websites of budget airlines like Jetstar and Peach directly for promos. Before booking anything, though, bear in mind that you’ll have to cough up for airport transfers on both ends—which can sometimes negate the savings you think you’re getting. Read about the options for getting from Narita to Tokyo and Haneda to Tokyo so you know how much to budget.

Taking the bus from Osaka to Tokyo

If you’re okay on long-ish bus trips, taking an overnight highway bus from Osaka to Tokyo is a good budget option. Buses typically depart from Umeda, Namba or Shin-Osaka Station between 9 and 11pm and arrive in Tokyo around 6 or 7am the next morning. You can scoop a one-way ticket for as little as ¥1,760, with prices going up depending on the level of comfort you’re after and the dates you’re booking.

Check Willer Express and Kosoku Bus to see what’s available. Note that female-only buses are sometimes available, which is handy for solo female travelers in Japan.

Driving between Osaka and Tokyo

When taking into account the cost of tolls and fuel along with the 6 to 7 hour travel time, driving doesn’t make a lot of sense. For a standard vehicle using ETC (the automatic toll collection system) the tolls alone from Umeda in central Osaka to Shinjuku in Tokyo would be ¥13,140. Unlike some other express routes, there are no weekend discounts. On top of the tolls, the 500km (310 mile) journey should also empty your gas tank. Of course, if you are traveling with multiple passengers, pets, or large items of luggage, driving makes a lot more sense.

For more on driving in Japan, see our article on Japan’s network of toll highways. If you don’t have your own wheels, consult our guide to renting a car.

If you find yourself traveling during Seishun 18 ticket season, you could take a (very) slow ride from Osaka to Tokyo using nothing but local and rapid JR trains. This may take a full day (or even two), but if you’re a hardcore cheapo, it’s a viable alternative to some of the pricier transport options outlined above. The Seishun 18 Pass is sold three times a year (in summer, winter and spring) and allows five consecutive or non-consecutive days of unlimited travel on local and rapid JR trains (nothing faster) for ¥12,050.

The cool thing is that you can split one ticket five ways, meaning a group of five travelers can have one full day of travel for ¥2,410 each. Since trips using the Seishun 18 tend to be rather complex, it’s a good idea to plan your route on sites like Hyperdia (deselect everything but Japan Railways and local) or Jorudan before jumping onto the train.

Summary of transport options from Osaka to Tokyo

Hands down the fastest, easiest and most convenient way of traveling between Osaka and Tokyo is the Shinkansen, particularly if you have a Japan Rail Pass. The most budget option is usually the Seishun 18 pass (if you time it right and are traveling with a partner or friends)—but it’s also the most time-consuming and least comfortable. Highway buses and cheap flights are your best bet if you’re not keen on a bullet train.

Since Osaka is just a short train ride from Kyoto, the options for getting from Kyoto to Tokyo are largely the same. Have a look at this post to see what we mean. And if you’re doing the reverse route, our Tokyo to Osaka transport guide has you covered.

While we do our best to ensure it’s correct, information is subject to change. This post was first published in 2017. Last updated in June, 2020.