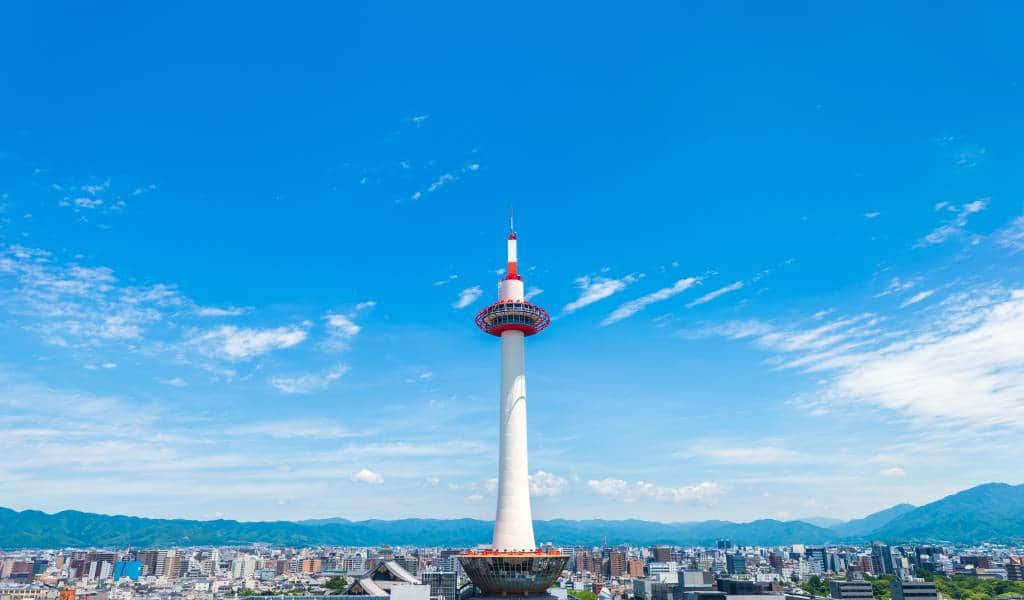 The Cheapest Way to Get from KIX to Kyoto, Osaka and Kobe

Kansai International Airport (KIX) is the gateway to the Kansai region of Japan. This large airport was built on reclaimed land in Osaka Bay and opened in 1994 to service cities like Osaka, Kyoto, Nara and Kobe. Despite being on an island, it’s possible to take all the usual forms of transport to the airport: train, bus, taxi or car. You can even catch a high-speed ferry! But which way is cheapest?

Traveling with lots of luggage? Consider porting it from the airport to your accommodation to save time and arm strength. Cheapo readers get an extra bag for free.

ICOCA and JR Haruka Pass (for tourists only)

Before considering other means of getting to various locations within Kansai, it’s best to mention the ICOCA and Haruka Pass option, which is available only to short-term tourists with a foreign passport (excluding anyone with a Working-Holiday visa). The Haruka Pass gives you access from KIX to Osaka, Kyoto and Kobe (one-way or return) at a reduced price and includes an IC card pre-charged with 1,500 yen that you can use for travel and shopping once you’ve arrived at your destination.

Please note that you cannot use this pass to, say, get off at Osaka and then get back on at to travel to Kyoto. It’s only good for one-destination travel as the ticket will be collected when you exit the station gate after one use. You can however transfer to other destinations within a limited Kyoto-Osaka-Kobe zone as long as you stay within the station gates. Visit the official page to view the area of operation map.

For the return pass, just like the one-way option, you cannot get on and off the train as you please—it offers travel from KIX to your desired location and another trip back to KIX.

An IC card is a chargeable electronic card that you can use for travel within a given city by means of JR lines, private rail, subway and buses (no Shinkansen travel though). You can also use the card for purchases at many shops, malls, convenience stores, etc. with an IC card machine. Technically ¥2,000 of the pass price goes to the IC card—¥500 deposit for the card, plus the ¥1,500 balance. You can be refunded your ¥500 deposit at the end of your trip, just take it to any JR West station office.

For those without a short-term tourist visa (i.e. those who work and live in Japan, and even those on a Working-Holiday visa), these are your best options for traveling from KIX to Osaka, Kyoto and Kobe:

As KIX is on an island, there are only two train lines that make the trip over the water to the terminals. These are the JR and Nankai lines. Some locations in Osaka (like Osaka Umeda, or Tennoji, or Namba) are more convenient to access on one line or the other. All the routes seem to cost within ¥150 of each other, so choosing the most convenient or fast route may be worthwhile. But in general, the Nankai line can get you to Shinimamiya for the cheapest price of ¥930. After that, take any of the connecting lines to get to your final destination. Check out Hyperdia to find the best route for you.

The joke goes that the only reason tourists visit Osaka is because Kyoto doesn’t have an airport. As a Kyoto resident,  I couldn’t possibly comment.

When traveling to Kyoto, it’s worthwhile thinking about whether you wish to get to Kyoto Station in the south of the city, or the downtown area around Karasuma, Shijo, and Kawaramachi streets. Some tourist destinations, like Gion, are more easily accessible from Kawaramachi, while Arashiyama has better train connections from Kyoto Station. Other parts of Kyoto may be reachable with the KATE coach (see below).

Getting to Kyoto Station

The fastest and easiest way to Kyoto Station is the Ltd Exp. Haruka which goes all the way from KIX to Kyoto with no transfers and costs ¥3,630. However, you can save almost ¥2,000 if you’re willing to change trains. Hyperdia gives many options if the “Limited Express” option is unchecked. Check it out to find the best route for your travel date.

Getting to downtown Kyoto

Generally speaking, JR train lines are the most expensive in Japan. According to Hyperdia, the cheapest route between KIX and Kawaramachi (on the Hankyu line) is ¥1,560. However, for just ¥50 more, you can avoid the multiple transfers and instead just catch the JR Kansai Airport Rapid Express to Osaka, then take the Hankyu Kyoto line all the way to its Kawaramachi terminus.

KIX to Kobe (and Sannomiya)

A high-speed ferry service exists connecting KIX with Kobe airport across the bay (and then to Kobe city by train). But while the ferry ride is reasonable at ¥1,880, the cheapest way is still traveling by train to Osaka and then changing lines to Kobe (or nearby Sannomiya). This is one of the few examples where JR trains are the cheaper alternative at ¥1,740.

Like Kobe, there aren’t any direct train services joining Nara with KIX. Rather, you will need to change at one of the big transport hubs in Osaka (namely Osaka, Tennoji or Shin-Imamiya). The price of JR and private lines on this route are the same (¥1,500), so it’s worthwhile taking JR for fewer transfers. For more direct options, read about the KATE coach below.

Traveling with a JR Pass

If you have a Japan Rail (JR) Pass, then JR trains are without question the cheapest way to travel to any major city in the Kansai region.  Japan Railways runs the Airport Express HARUKA train from KIX to Maibara via Kyoto and Shin-Osaka. The JR Kansai Airport Rapid Service train takes passengers to Tennoji, Osaka, and Wakayama (via Hineno). From Osaka or Shin-Osaka, trains of all speeds will take you throughout Kansai and Japan.

With the exception of direct-to-airport services like Narita’s N’EX or KIX’s Haruka, public transport in Japan isn’t equipped to handle large amounts of luggage. Even the Shinkansen only has nominal space behind the last seats in each car, which is big enough to hold a mere 4 suitcases. This is because most Japanese people make use of baggage delivery services rather than lug their bags with them to the airport. Companies like LuggAgent, Yamato Transport, Sagawa Express, and even Japan Post will (for a fee!) pick up your bags from your home and have them ready to collect at the terminal before you check in. Learn more about luggage delivery services in Japan.

If you choose to schlep your own luggage to or from KIX, keep in mind that not only will large bags be a nuisance to other passengers, but there might not be any room for them on crowded trains. So you may want to pack smaller and lighter (which is always a good, and often cheapo-er, idea), or you may want to consider a different form of transport.

JR runs two trains with direct services to KIX. The Limited Express Haruka departs from multiple locations in Kansai and has a dedicated luggage area in each car, but is pricier and all seats are reserved. The Kansai Airport Rapid Service only operates from Osaka and is slower, but is also cheaper and has fewer seats, meaning more room for luggage. Just make sure you get on the right carriage, as part of the service separates from the rest of the train and goes to Wakayama!

The Kansai Airport Transportation Enterprise (KATE) runs a coach service between KIX and a number of hubs across the Kansai region. Unlike public transport options, the KATE coach has ample room for luggage under the bus, and since it’s a direct service to KIX from multiple stops across all the cities, it’s much more convenient if your destination isn’t close to a train station. Unfortunately, it’s usually more expensive than the train.

KATE fares start at ¥1,600 one-way to central Osaka, then rise to ¥2,000 for Kobe, ¥2,100 for Nara and ¥2,600 for Kyoto. Other routes, like to Itami Airport or Universal Studios Japan, are also available. One interesting fare to consider is the same-day round-trip ticket. If, for whatever reason, you’ll be traveling to and from KIX on the same day, then this return ticket is likely to be cheaper than the train options (for example, ¥2,500 return to Kobe, compared to 3,680 for the train).

The KATE website has a useful page with timetables and fares of all the KATE routes.

Keep in mind the following when planning how to get to/from KIX:

Information is subject to change. This post was originally published in December 2015. Last updated: March 23, 2021.