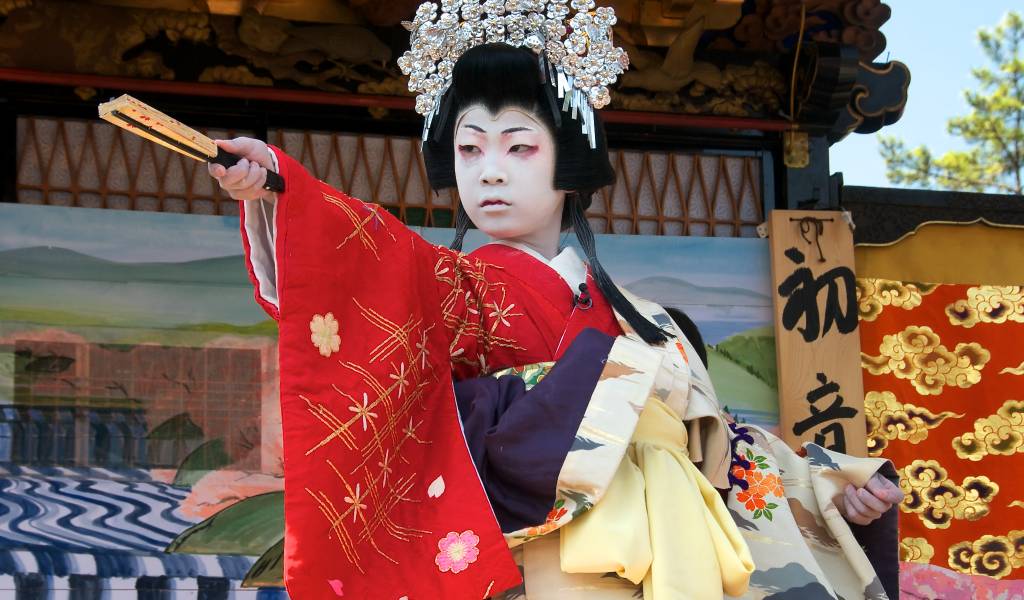 March 22nd, 2019 | Lily Crossley-Baxter
Sharing
As a preventative measure against the spread of COVID-19, many events has been cancelled or reduced. Always check official pages before attending events.

Cherry blossoms, spring festivals and the promise of summer: April is one of the best times to be in Japan. Unfortunately, many events have been cancelled, but there are still some to enjoy.

One of the traditional performances held in Kyoto, this Odori features geiko and maiko from the Miyagawa-cho district. It is one of the newer events and the style is similar to kabuki theater, with a very impressive final act featuring all performers.

The annual performance of geiko and maiko from different districts, this show is known as the dance of the capital. Enjoy the performance in the newly renovated Kaburenjo Theater which has hosted the show since 1873. 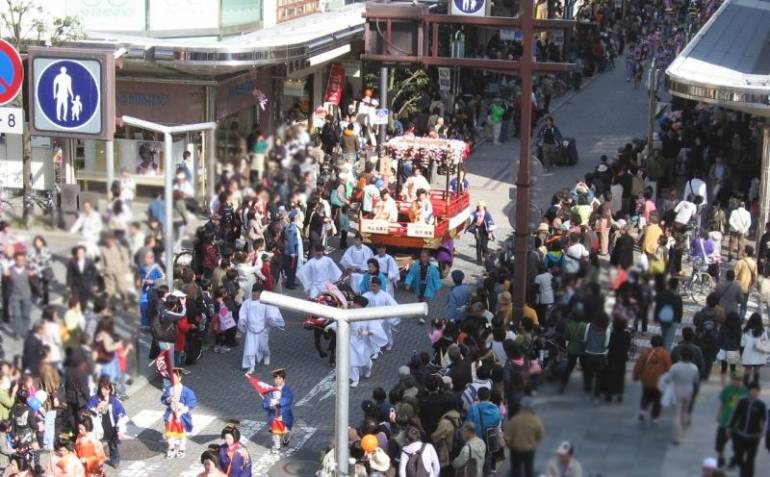 As the region’s biggest spring festival, this three-day event is a spectacle to behold and is filled with entertainment and performances. There is a yatai-mura (a food stall village), nebuta floats, cherry blossom, parades, performances and cosplay, so you’ll be more than entertained if you’re lucky enough to attend! This year they have announced a series of restrictions to prevent against COVID-19 so please be sure to check before attending.

This spring festival features impressive processions of 13 three-leveled dashi—the traditionally wheeled floats covered in lanterns. Dating back to 1635, it was recognized as an ‘Intangible Cultural Property’ in 2006 by the Japanese government. During of the festival there is a performance by the karakuri (traditional mechanized puppets) and during the evening they cover the floats with lanterns.

Announcements are expected regarding this event in the next few weeks.

One of the more unusual ways to spend a Sunday, you can watch as locals balance their way across a 10 m valley while wearing a heavy headdress. The event takes place on the Isenori Shrine grounds during cherry blossom season and it is truly beautiful, definitely well worth the slightly tricky travel arrangements.

This festival is well known for its performances of children’s kabuki theater, called kodomo kabuki. The floats wheeled through town have stages built into them and the young children perform as they move through the streets. The festival takes place in Nagahama, Shiga.

Announcements are expected regarding this event in the next few weeks.

A combination of two events, this is a great time to see Fuji and enjoy the local delicacies. The shibazakura festival offers carpets of stunningly bright flowers leading up to the mountain slopes. The moss phlox is known as the lawn cherry and is pretty impressive, with or without Fuji in the background. The nearby food festival highlights Yamanashi’s dishes, from fruit to wine to noodles.

Only open to the public for a few days each year, both the Osaka and Hiroshima Mint buildings have an amazing variety of trees which are illuminated in the evening. They have a lot of yaezakura (late-blooming flowers with more petals), so it’s great if you are a tad late for the regular blooming period.

Celebrating the historical text Tale of Genji, this festival features a parade of traditional dress from the Heian period which is considered to be the height of Japanese culture. One person appears as Genji and rides a white horse, forming the highlight of the procession.

One of the earliest fireworks festivals, this event is sponsored by Japan Airlines and is held in the Ginowan Seaside Park and Tropical Beach. There are live performances, music and plenty of food and drink to choose from.

One of the area’s two biggest festivals (the other is in autumn), this event takes place against the stunning backdrop of Hida Takayama. It features processions of large floats, mikoshi, and marionette performances and plenty of impressive costumes and displays and is one of the best opportunities to see a large-scale festival this early in the year.

An annual opportunity to see some local geiko and maiko (Kyoto’s geisha and geisha-in-training). The two-day event features musical performances, a tea ceremony and dances as well as traditional ceremonies.

British DJ Bonobo is returning to Japan for two nights – one is Osaka and one in Tokyo. He’s bringing Jon Hopkins, with both performing DJ sets rather than live performances.

A great opportunity to see a real mixture of performances, from movies to trade shows, music shows and the red carpet walk along Kokusai-dori. Nicknamed the Comedy Cannes it was started in 2009 by comedy giant Yoshimoto Kogyo around a theme of “laugh and peace”. There are workshops, documentaries and showcases for young directors, so it’s a good chance to get your film cravings fixed for a while.

A must see for anyone with a love of boats, this event features some of the best examples of ships from the past, with different boats rigged with flags and decorations. The harbor of Nagasaki is a stunning setting for the event, which will include a range of activities like short cruises, evening illuminations and markets. There will be firework displays on the Saturday and Sunday.

Hirosaki’s 2,600 trees are late-bloomers and give those who are arriving a little late in the season a second chance at seeing the famous petals. There will be food stalls and a festival feel with around ¥500 entry fees required to go into the different grounds. They have row boats to explore the moat and a loop bus to get you there from the station, so it’s an easy day out in Aomori!

Making the most of the fantastic bridge, this annual festival celebrates the return of Daimyo to the city after time spent in the capital. In traditional Edo-era costume, locals and representatives from the nearby US military base reenact the march and are met by armour-wearing samurai challengers before a battle ensues.

Celebrating a traditional ball game, this festival sees local priests enter the shrine and perform a beautiful procession and rituals. The game was played by the royal family and is similar to football in that it has a leather ball which must be kept in the air using player’s feet, but it originated in China. Visitors can explore the shrine gardens and play kemari themselves at the event!