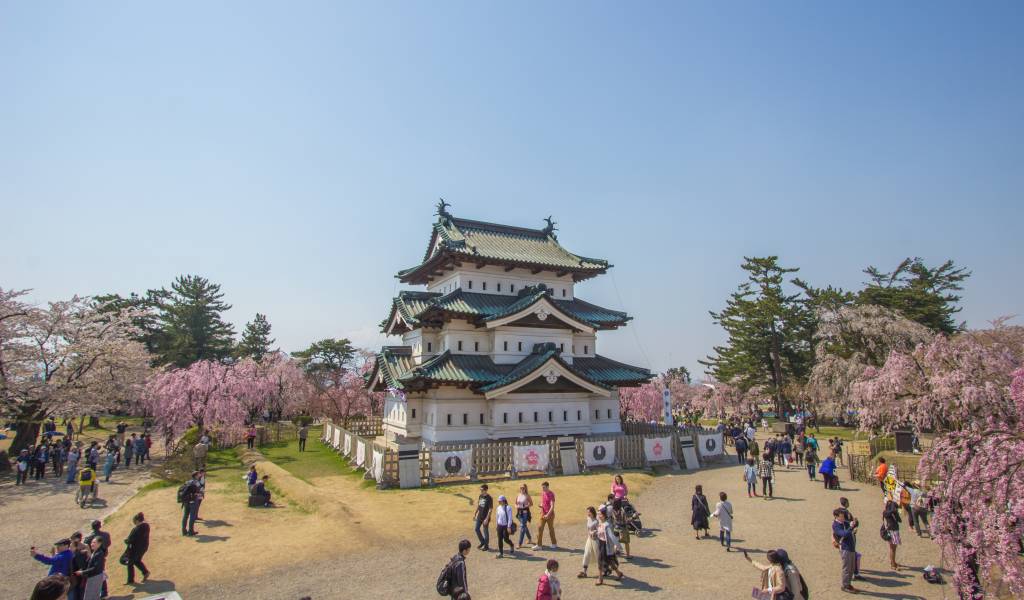 While cherry blossoms in Kansai and Kanto are at their peak at the end of March/start of April, the 2,600 trees in the park around Hirosaki Castle don’t bloom until the end of April. However, as the crowds attest, it’s a show worth waiting for – especially at night when the trees and the castle are illuminated. There are numerous food and drink vendors on site, although you can bring in your own snacks and beverages from outside.

Admission to the park is not free. Entry to the “Honmaru” part of the park is ¥320 for Adults and ¥100 for kids. This doesn’t include entry to the arboretum which is also ¥320. If you want to go into both areas, there is a combo ticket for ¥520 for adults and ¥170 for children. Rental of a rowing boat to row on the picturesque moat is ¥1,000.

The park can be reached on foot from Hirosaki Station in 30 minutes. Alternatively, it’s a 15-minute trip on the flat-rate ¥100 Dotemachi Loop Bus. Hirosaki Station is a 45-minute journey from Aomori Station on the JR Ou Line, with a one-way journey costing ¥670.

The Hirosaki Prince Hotel has some of the most affordable rates for rooms in the area, which is short on hostels and high on ryokans and business hotels.