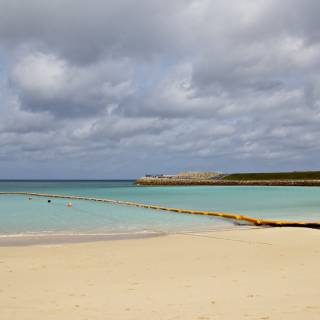 Okinawa is located on one of the island chain, in between mainland Japan and Taiwan. It is known for its subtropical/tropical climate, clear seas, and being the origin of Karate (Mr. Miyagi in Karate Kid came from Okinawa).

Ferries and flights are the only ways to get to Okinawa. The capital city Naha in Okinawa-honto is the base for travel to the outlying islands, so all flights to Okinawa arrive at Naha Airport. There are several ports throughout Naha (Naha Port, Naha Tomari Port and Naha New Port) and Okinawa main island for ferries to dock at.

There are many discount offers for domestic flights due to heavy airline competition. For tips on flying from Tokyo to Okinawa, see our article on the topic.

Traveling by ferry between Okinawa and various places on mainland Japan won’t save you much, as the cheapest tickets cost 22,000 yen one-way. By ferry, it takes around 43 hours to travel between Okinawa and Osaka. These ferries are operated by a company called A-Line.

A rental car is recommended in Naha and central Okinawa. For sightseeing outside of Naha, a rental car (which can be rented at Naha Airport or in major cities) is more convenient. However there can be heavy traffic especially during mornings, evening rush hours or weekdays. Okinawa Expressway provides transportation from Naha, in the south part of Okinawa, all the way to the northern city of Nago, covering 57.3 kilometers of road. From one end to the other, the one-way fee costs 1000 yen.

In Okinawa’s main island (Honto), buses excluding the Okinawa Monorail in central Naha is the main means of transport. The central bus lines is primarily located in the Naha Bus Terminal, with some bus lines available at the airport as well. Unfortunately, there are numerous bus networks, therefore it is more complicated getting around, and services of some buses are irregular. To make getting to your accommodation easier, you can book an airport limousine bus online.

Okinawa Churaumi Aquarium is famous for its exotic sea creatures, and being one of the largest aquariums in the world. It is home to the first births of captured manta rays, large scale coral exhibits, a whale shark breeding tank and more. The aquarium also provides dolphin shows, guided tours and daily lectures. We recommend going after 4 pm because that is when the tickets are cheapest – 1290 yen a pop for adults, 860 yen for students, and free entry for 6 years old and below.

Kokusai Dori or, “International Street”, is a 1.6 kilometer strip of road starting from the Okinawa Prefecture Office, to downtown Naha. Packed with shops selling souvenirs, local delicacies, and even department stores and hotels along the road, this is one of the larger tourist attraction in Naha.

Another thing to do in Okinawa is to visit its beaches. Okinawa Ocean Expo Park is home to many public beaches, such as Emerald Beach. This beach features a shallow lagoon, ideal for the little ones. If you like to see the sunset or hold barbecues, check at Sunset Beach, which is just next to the Mihama American Village. Also the Churaumi Aquarium is within walking distance of Emerald Beach. From Okinawa Expressway Minami by car via the highway it takes around 25 minutes. Parking is free, and since renting cars is the better option for transportation in Okinawa, we suggest you drive there. Bonus? There is also a lot a shopping, restaurants, and entertainment nearby.

Things to do & Events in Okinawa

Getting Around in Okinawa