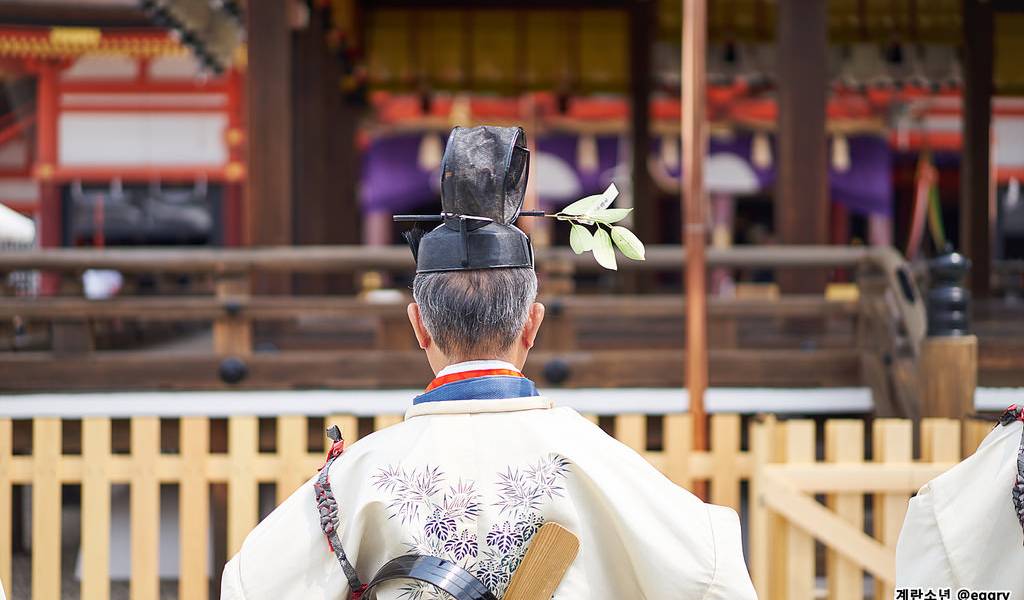 There’s no shortage of events this December in Japan! Attend traditional festivals, run a marathon and enjoy the illuminations before you ring in the New Year.

If you’re in Okinawa and enjoy seeing people run by, the Naha marathon is for you. As one of Japan’s premier long-distance road races it was established in 1985 as a celebration between Naha and Honolulu. It draws crowds of over 25,000 people and the route is lined with taiko drummers, eisa dancers and well-wishers who will keep up the motivation of the runners. so there’s plenty to see.

Slurp on your favorite ramen each weekend through December and travel Japan with your taste buds. There will be over 40 stalls set up with a variety of ramen from across the country for you to try out. The festival takes place over the four weekends, including Fridays with a different group of ramen offerings available each time. Entry is free and you can buy tickets to swap for bowls of ramen.

With an origin traced back to the 12th century, this traditional festival takes place in the at Wakamiya shrine within the larger Kasuga Taisha Shrine. The highlight is the Jidai Gyoretsu, a period procession that takes place on the afternoon of the third day with 500 people processing dressed in traditional clothing from the Heian period to the Edo period.

If your keen to achieve peace and prosperity for 2018 (and don’t we all need some) then attend the traditional Okera Mairi ceremony in the Yasaka Jinja. Roots of Okera are burned and torches are lit using their flames from which people rush to light bamboo rope which they carry home to light a candle on the family altar or on a cooking stove. The event begins at 7pm on 31st with an earlier ceremony taking place to purify sins.

One of the longest-running illuminations each year, the Saga Light Fantasy is a trail of beautiful designs starting at Saga Station. There are over 1.8 million LED bulbs to be switched on between 5pm and midnight. 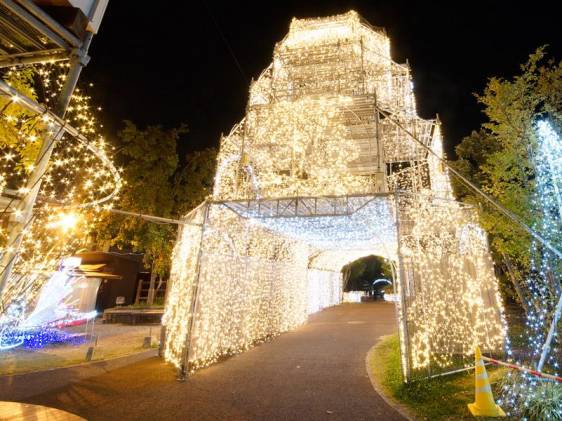 Bringing spring to winter, these illuminations have a theme of cherry blossom and use thousands of pink LEDs to create a cherry-blossom wonderland on the streets of Iwaki. 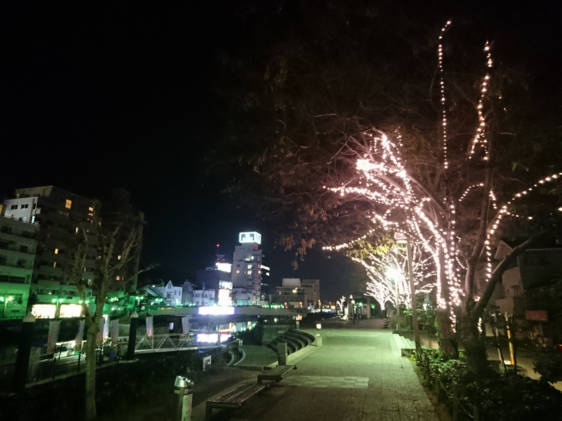 Explore the beautiful area of Arashiyama as it’s lit for the winter illuminations this year. Temples and shrines will be open during the evenings and this will be an amazing chance to see them at their most beautiful. The path includes the Togetsu-kyo bridge, Tenryu-ji and Horin-ji temples as well as the famous Sagano Bamboo Forest and will be open from 5pm to 8:30pm 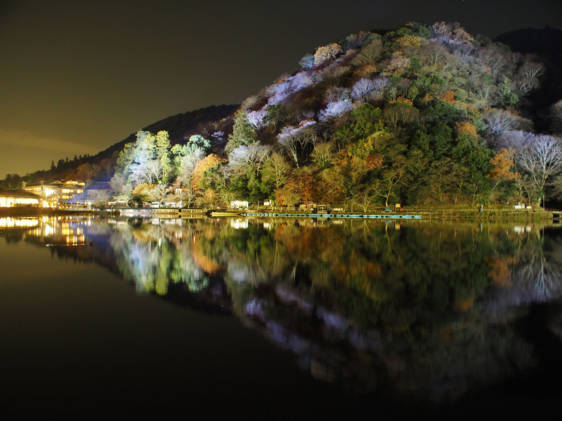 One of the most famous illuminations in Japan and is held in memory of the victims of the Great Hanshin Earthquake in 1995. Head to Motomachi Station to see the bright lights in their 21st year. 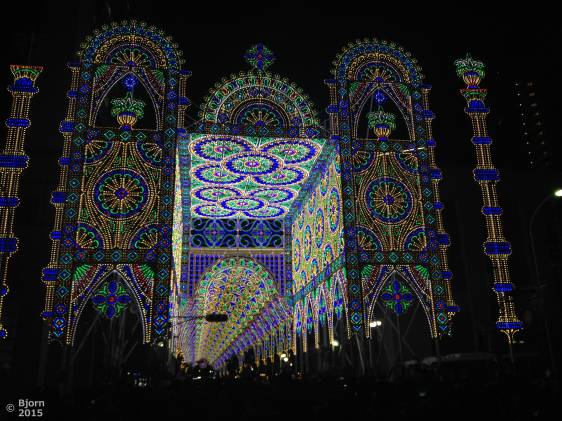 Enjoy the 31st illumination of Sendai with lights leading from Aoba Dori to Jouzenji Douri in the center of the city. The lights are on from 5:30pm to 11pm until the final day when they will stay on until midnight. 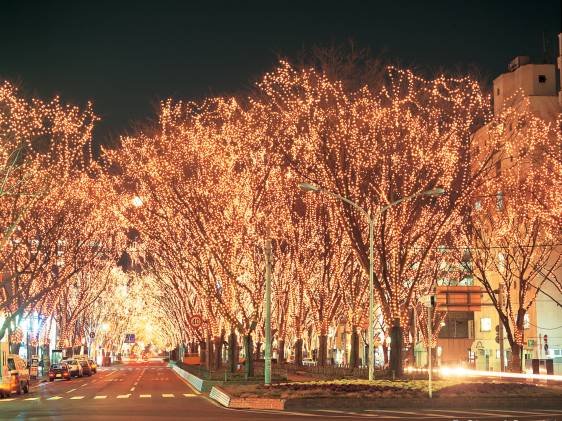 Festival of the Lights Osaka

Osaka has two different illuminations: the Midosuji Illumination and the Hikari Renaissance. The former takes place from November 4th – Dec 31st and the latter from Nov 14th – Dec 25th. The Midosuji is recognized as the street with the most illuminated trees in the world with lights stretching over 4km. One of the highlights of the Hikari renaissance is the Wall Tapestry Lighting Show—a projection onto the facade of the historic Nakanoshima Library.

Festival of the Lights Osaka 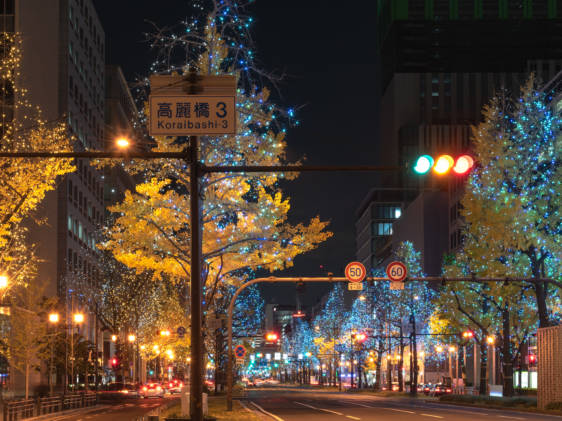