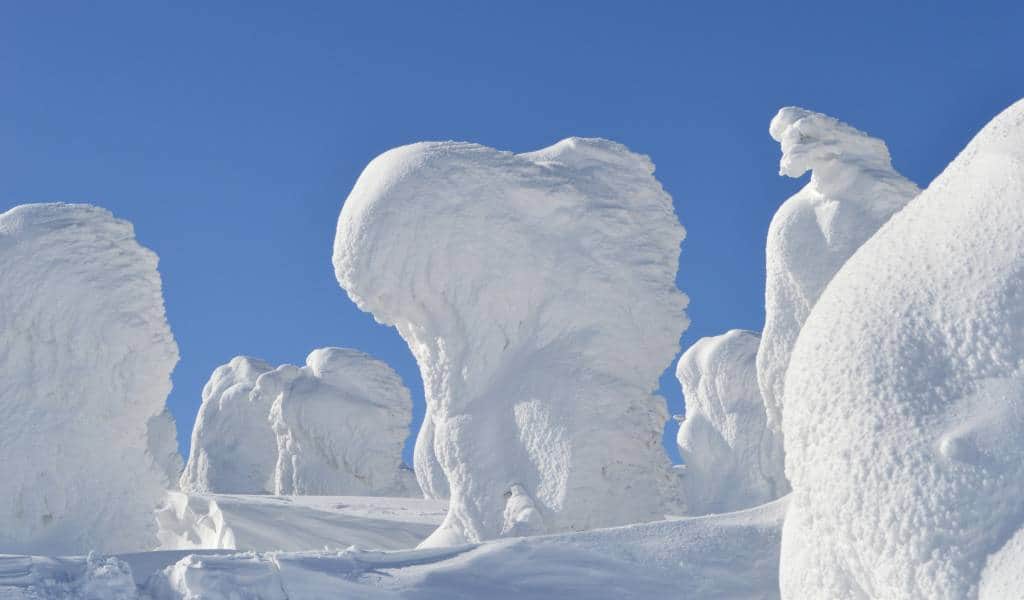 In the mountains of Yamagata Prefecture, you’ll find these 5m+ snow monsters—giant towers of wind-carved rime formed by snow clinging to fir trees.

Although the snow-monster season runs from December to spring, they peak in mid-February (ie the snowiest, coldest part of the year). These formations are found on mountaintops in the area of Zao Ski Resort, one of Japan’s oldest ski spots. The monsters are accessed via ropeways and gondolas at the ski resort. The nearby Sumikawa Snow Park also offers guided tours of the snow monsters.