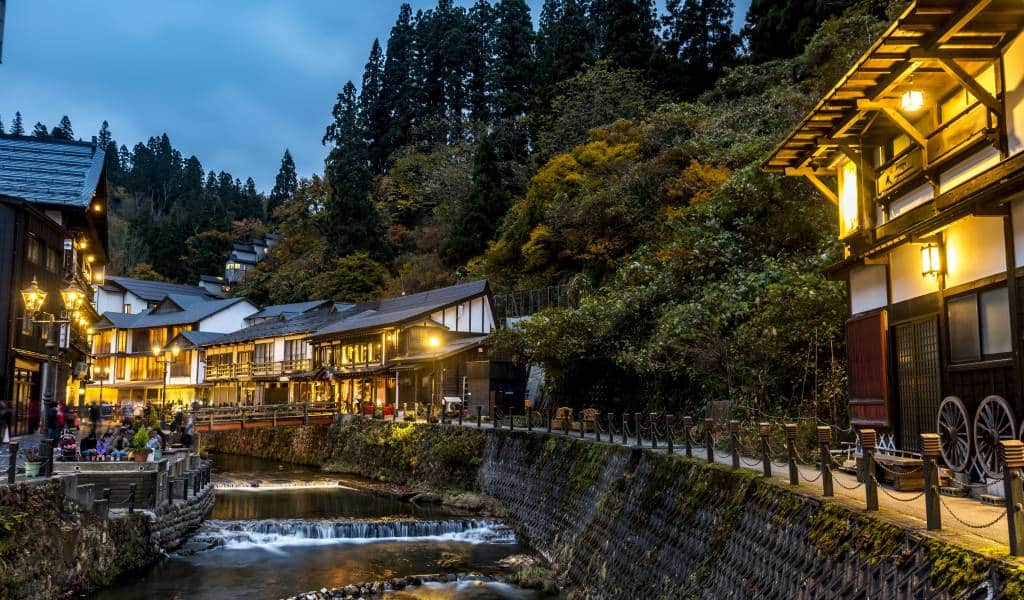 Yamagata is a prefecture in Japan’s Tohoku region on the Japan Sea side of the main island of Honshu.

Yamagata City—the capital and largest city is located far inland from the coast. The city is actually closer to the Pacific Ocean.

Being so far inland and with the moist prevailing winds from the Japan sea passing over the prefecture, winter sees heavy snowfall.

The Yamagata Shinkansen connects Tokyo and the city of Shinjo in northern Yamagata Prefecture. The line branches from the Tohoku Shinkansen at Fukushima Station and passes through Yonezawa, Yamagata City, and Tendo on the way to the terminus.

With a journey time of 2 hours and 50 minutes to Yamagata City at a cost of ¥11,500 for a one-way journey, it’s at a distance where air travel could be considered.

Willer provides the cheapest bus services to Yamagata with fares from ¥4,100 for a one-way journey.

All Articles about Yamagata