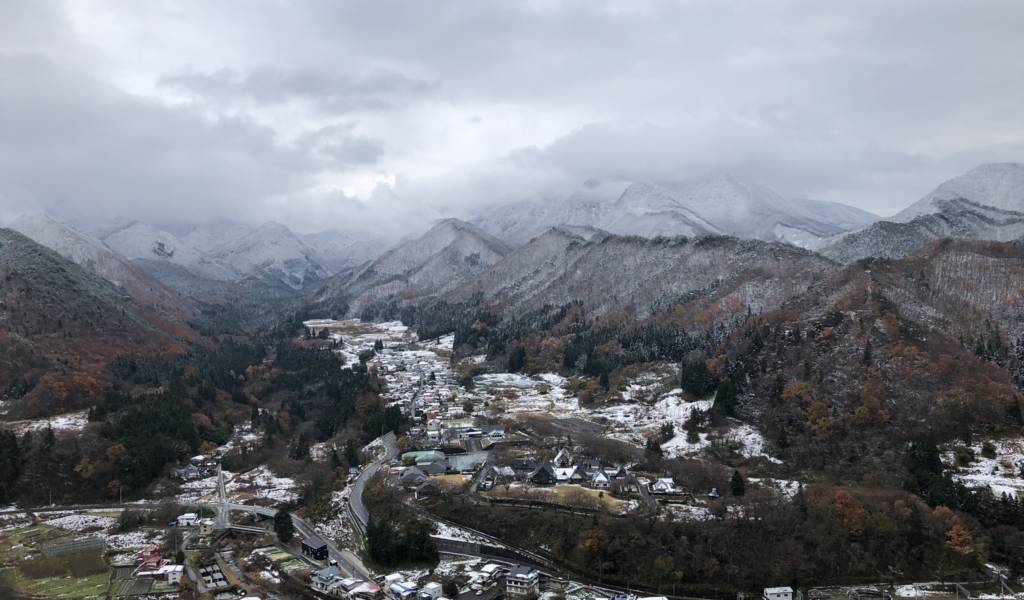 I’d never been to Yamagata Prefecture, nor heard of Yamadera. Somehow I managed to spend seven years in Japan without knowing anything about the mountain temple, or the surrounding region. Yamadera isn’t so off the beaten track that it’s unknown (sorry, wanderlust hipsters), but—like most of Tohoku—it remains off most tourist radars. And that’s a shame, as it is [cheese warning] one of the most beautiful places in the country. The temple, which awaits pilgrims at the top of a thousand stone steps, has a lot to offer: a view that cannot be described (or done justice on Instagram), a flame that’s said to have been burning for almost 1200 years, creative inspiration good enough for haiku master Matsuo Basho, an amazing calf workout, and more.

Yamadera, which translates to “mountain temple”, is the colloquial name for what’s officially known as Risshakuji on Mount Hoju. The temple is believed to have been founded in 860 by an important priest called Ennin (known posthumously as Jikaku Daishi) as part of the Tendai sect of Buddhism and a branch of Enryakuji (near Kyoto). The flame that burns in the main temple building is said to have been brought over from Enryakuji all those years ago.

Yamadera was destroyed in local wars in the 16th century, but was rebuilt soon thereafter and continues to stand strong as one of the key sacred sites in the Tohoku (north-east) region of Japan. Now that you know a bit about the history, here’s how to experience Yamadera yourself.

Yamadera: Getting there, getting started

Although the temple is on top of a mountain in the middle of one of Japan’s more rural prefectures, it’s not all that difficult to access. A train from Sendai will get you to Yamadera Station in an hour and ¥840, one from Yamagata will have you there in just 20 minutes for the price of ¥240. Since both options run on JR lines, you can use your JR Pass to get there and back. Visiting Yamadera is easily doable as a day trip from Sendai—and even Tokyo, with an early start and some planning.

From Yamadera Station, the gate to the temple is a 5-minute, well-signposted walk down the road (and over a bridge). You’ll pass a bunch of quaint little shops selling snacks both sweet and savory, as well as souvenirs. Stop off and introduce your palate to the surprising delights of pickled cherries or “power konjac”—local specialties that help provide the oomph needed to ascend the thousand stairs. Ask for a map while you’re there and use it to guide your explorations of Yamadera and the roads that lead to it. Any one of the restaurants featured is a good bet for a meal on the way back. I can confirm that the area’s soba noodles and tempura are well worth sampling.

The main hall and other buildings

If you enter the temple precinct via the main entrance (not the one that’s two pics above), the first thing you’ll see is the main hall—Konponchudo. Designated as an Important Cultural Property, this colorful building is thought to be Japan’s oldest beech wood structure (built sometime between 1333 and 1568), as well as the home of that eternal flame I mentioned.

Basho visited Yamadera in 1689 and composed a haiku that still resonates today:

In the stillness
The cries of cicadas
Penetrate the rocks

That’s one of several translations, but it should give you the idea. When I went to Yamadera, it was late autumn and the cicadas were hidden deep in the soil, waiting for spring. But the stillness was profound. If you’re into cicadas, consider visiting in summer—the resident population has been named one of the 100 Soundscapes of Japan. Yes, such things exist. And if you’re keen on learning more about Basho, there’s a Memorial Museum on the other side of the valley.

On the path to the official temple gate, you’ll also pass a shrine, treasure hall (which you can pay to enter), another hall and a bell—which a troop of Japanese macaques sometimes ring, because why not. Here’s a mother and baby preparing to leap into the tree and then hightail it to the bell tower.

If you encounter any monkeys while you’re at Yamadera, avoid getting close and avoid making eye contact. You don’t want your spiritual day out to end with a sharp fang to the shin. Monkey business aside, what you do want to do (yes, I’m being prescriptive) is try some of the sweet red bean paste and maple syrup wafer treats sold across from the bell tower, if they’re available. They’re seriously delicious. You’re welcome.

After paying the ¥300 entrance fee, you’re on your way up the 1000 steps to the top of Yamadera. By some calculations it’s actually 1015 steps—I didn’t count them, so I cannot confirm or deny this.

I counted the first 30 or so steps and then, realizing that it was only making me more aware of how little time I’d invested in exercise over the past few months, and how far off the summit was, I gave up. Some people say that the climb is a meditative experience, with earthly desires that get in the way of enlightenment lessening with each step. Despite being followed around by a TV camera (long story), I did find the ascent to be a calming (oxygen deprived?) half hour; it was quiet, and the scenery grew ever-more spectacular.

Moss, carefully tended stone statues and fallen leaves lined the path, serving as reminders that the place was full of life.

Things to look out for along the way

There are several rest points along the way where you can pause and catch your breath. There’s no need to rush to the final step; Yamadera is a place where that overused phrase about it being the journey, not the destination, really applies.

You’ll walk through cedars that look like they’re communing with the gods in the clouds above, and past cliffs that seem to be striving for the same. Towards the top, you’ll pass Mida Hora rock, which is said to be shaped like Amida Buddha (somehow I missed this entirely). You’ll then go through what is known as the Niomon Gate and pass two halls—the small Nokyodo and larger Kaisando Hall. The former was apparently used for copying sutra, while the latter houses a wooden statue of Jikaku Daishi.

From there, it’s a hop, skip and a jump to what may be the best observation deck in the world.

The view from the platform of Godaido Hall, on the edge of the cliff, cannot be done justice in words or photographs. When people step onto the wooden floor, they stop chattering and draw in their breath; the mountains seem to require mindful reverence.

The scene is never the same; as the seasons change so does the view. When I was there autumn leaves were contrasted with early snow—a fairly rare combination that had last been seen in the area in 2011. Summer shots reveal verdant slopes, spring—I can imagine—is another shade entirely. Even if you climbed the steps to the top of Yamadera daily for a year, you’d never see the same vista twice.

Once you’ve had your moment, you can backtrack up to the small “mountaintop souvenir shop” (where cold drinks can be had) and climb some more steps to the Sanjushoto Pagoda, Okunoin Hall and Daibutsuden Hall (which houses an impressive statue of Amida Buddha).

And from there, it’s a thousand and something steps down to the bottom.

Open with Maps
Yamadera
Yamagata
Written by: Carey Finn
Filed under: Things to Do
Tags:
Sharing