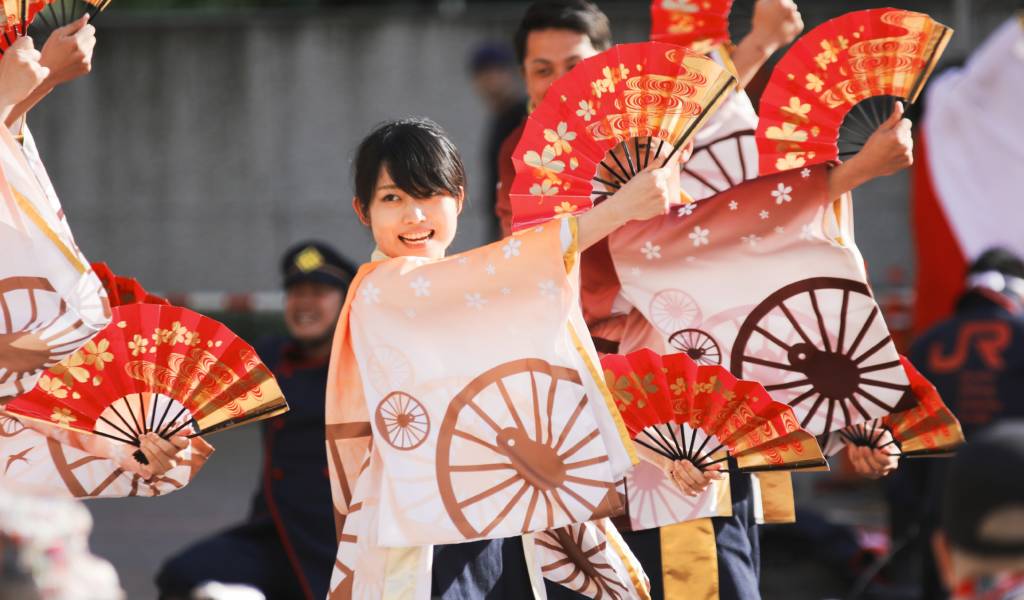 This month marks the start of summer fun, so grab your yukata and get ready for dance parades, beer festivals and tea ceremonies galore. Here’s a round-up of the best June 2019 events in Japan.

Whether you’re after incredible dance performances or chilled-out tea sessions, there’s something for everyone this month in Japan. Every prefecture has their own summer traditions and new celebrations—all great to experience and unlikely to be similar to anything else you’ve seen.

This spectacular festival celebrates rich culture and old traditions of Kanazawa, which was once a major urban center of Edo-era Japan. The three days all have different schedules, with Saturday being the busiest. Friday evening has a lantern and taiko display, Saturday has a tea ceremony, dance parade and Noh performance, and Sunday has tea ceremony and traditional bon festivities.

One of the most unusual events in Japan, the Kashima Gatalympics are a muddy sports celebration taking place on the mudflats of the Ariake Sea. Including races and sumo wrestling, the competitions are open to locals and visitors alike and leave everyone covered head-to-toe in mud.

This festival features two distinct but equally impressive days. On the first is an evening procession of taiko drums and lantern-covered structures. On the second day, you can watch a huge tower being towed through the streets, which includes impressive negotiation of power lines!

Filling Odori Park in Sapporo with crowds, the Yosakoi Festival has been a major event in the city since 1992. Features teams of dancers performing energetically in bright costumes, with flags, chanting and lots of drum-heavy music. On weekdays, events take place in the evening, and on the weekend there is entertainment from 10am until the evening.

This annual event is a yukata festival that marks the start of summer—which is when the lighter versions of kimono are worn. Large crowds of over 450,000 people will gather over the three days to receive blessings at Enryu-ji Temple, and the festival runs from noon to 10 pm each day, with evenings seeing the most action.

Watch as 100 elaborately dressed horses make their way between Onikoshi Sozen Shrine in Takizawa to Morioka Hachimangu Shrine. The horses are decorated with bells, leading to the name of the festival, which is onomatopoeic of the sound they make as the horses walk.

A great chance to try some of northern Japan’s best beers, this festival has paired up with the Tohoku Meat Festival for a weekend of locally sourced deliciousness. Brewers include North Island from Hokkaido, Iwate-kura, Tazawa-ko and the host brewery Akita Akura. Entry is free, but be sure to check the times as they differ each day.

Said to be the oldest yukata festival in Japan, this event is the first official chance for the people of Himeji to don their summer outfits, and something like 70% of attendees wear one. There are over 700 food and drink stalls to peruse, and yukata-wearers receive discounts on various things—including free entry to the zoo and Himeji Castle.

This is one of the three major Otaue festivals in Japan, and is recognized as an intangible cultural asset. A rice planting festival, there’s ritual planting, and groups of men in loin clothes scramble to carry off a blue bamboo pole placed in a field. The mythology involves sharks visiting the shrine, so local fishermen suspend fishing on the day of the festival.

Considered to be Osaka’s first major summer festival of the year, it’s also one of the prefecture’s three biggest—and a great spectacle if you don’t mind big crowds. The most popular event is the Hoekago Parade on the 30th, where a lady is carried in a basket during a parade around Aizendo Temple.

A chance to see some creative designs from two observatory towers in rural Aomori. 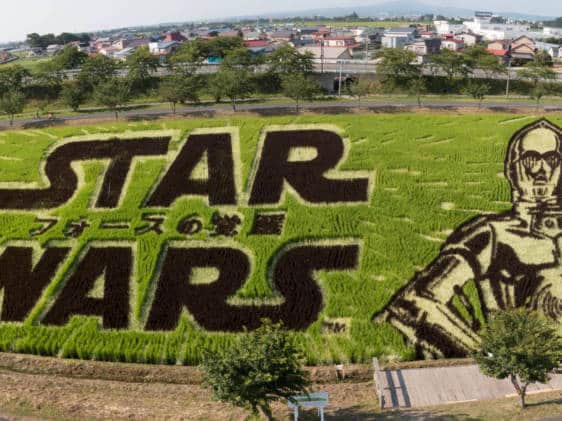 The world-famous art event held across the islands with installations and events. 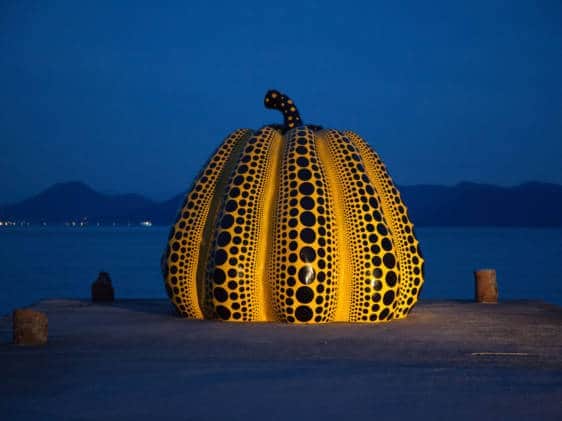