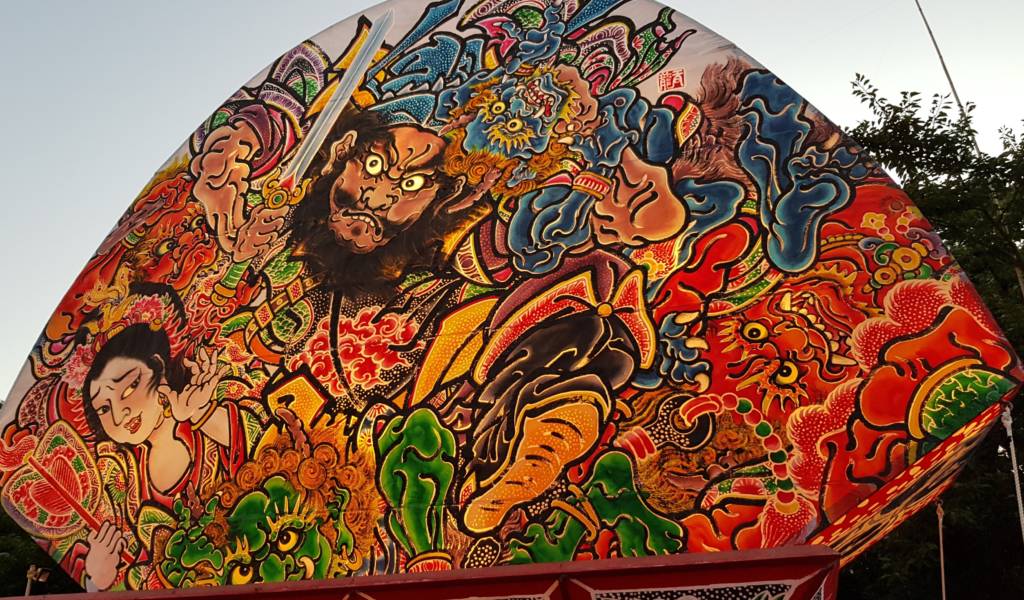 Cities and Towns in Aomori

Aomori is the northernmost prefecture on Japan’s main island of Honshū. It’s known for the huge quantities of snow that bury it in winter, the almost unintelligible local dialect, apples and the annual Nebuta Festival.

The main gateways into the prefecture are Aomori City on Mutsu Bay, and Hachinohe on the Pacific coast. Both cities are on the Tōhoku Shinkansen route. In fact, the super sleek looking E-5 Shinkansen can get you all the way to Shin-Aomori Station from Tokyo in as little as 3 hours. If you have a Japan Rail Pass or a JR East Pass, take advantage of it.

Aomori Airport is served by Japan Airlines, ANA, and Fuji Dream Airlines for domestic flights. There are also a few international flights to Korea and Taiwan. The approach to the airport (on top of a low mountain) in a snowstorm must be one of the hairiest landings in Japan.

The last and cheapest option is highway buses. Prices range from ¥5,000 to ¥9,000. This all depends on factors like the day of the week, as well as the level of comfort you want. For example, flat reclining seats will set you back more.

Keep in mind that this is a long journey. The average journey time is approximately 10 to 12 hours, but with a few traffic jams and a dump of winter snow it could end up being much more.

It’s relatively easy to get around with public transport, as buses and trains can get you to most of the far flung areas. But don’t expect Tokyo-like frequency. If you miss your ride you might be stuck for a few hours waiting for the next departure. However, in winter it is a whole different story. Snow causes regular transport disruptions so if you need to get to Aomori Station to get the last shinkansen back to Tokyo, you’d better give yourself plenty of time.

Another viable option is renting a car, as traffic is generally light and routes are well marked. A number of rental car options are close to both Shin-Aomori and Hachinohe Stations.

If you can only go to one place in Aomori Prefecture it should be Hirosaki. At the center of the Tsugaru plain and in the shadow of Mt. Iwaki (known as the Tsugaru Fuji), Hirosaki has twice the character of Aomori City and Hachinohe put together. It was once the capital of the Tsugaru Domain, which covered much of modern day Aomori Prefecture. Thanks to this, Hirosaki is blessed with Aomori’s only extant castle — Hirosaki Castle. This diminutive castle is a lot less impressive than those in places like Kumamoto or Osaka. But unlike those castles, it is 100% authentic. The castle and its surrounding park is also one of the most famous spots in Japan for cherry blossoms. At the end of April each year, the park bustles with food stalls and partying locals.

The temple district of Hirosaki also deserves a place on any itinerary of the Tōhoku (Northeast Japan) region. Take the time to appreciate its many early examples of European architecture. Not to mention the outstanding food, and bars where you can watch the rowdy folk music styles of Tsugaru Jamisen (a local variant of the Shamisen).

In the south central part of Aomori prefecture there is the World Heritage listed area of Oirase Gorge. Renowned for its beauty — especially in fall with the changing leaves — the place is an enormous magnet for elderly tourists. Be prepared for a large number of tour buses. If you’re not into being shuttled from place to place, we’d recommend getting that rental car and seeing the area at your own pace. The nearby shores of Lake Towada also offer lots of unspoilt nature.

All Articles about Aomori

Things To Do in Aomori

Getting Around in Aomori