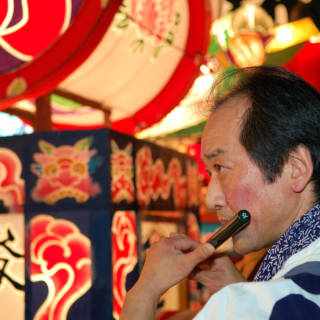 Hirakawa city in Aomori Prefecture hosts a Nebuta Festival at the beginning of August each year. While the Aomori City has the crowds, Hirosaki has the refined tradition and Goshogawara has towering floats, Hirakawa’s claim to fame is having Aomori’s (and the world’s) biggest Nebuta float at an imposing 12 meters in height.

The shape of the giant Neputa floats (in the south of Aomori they’re called Neputa not Nebuta) is similar to that of those in neighboring Hirosaki.