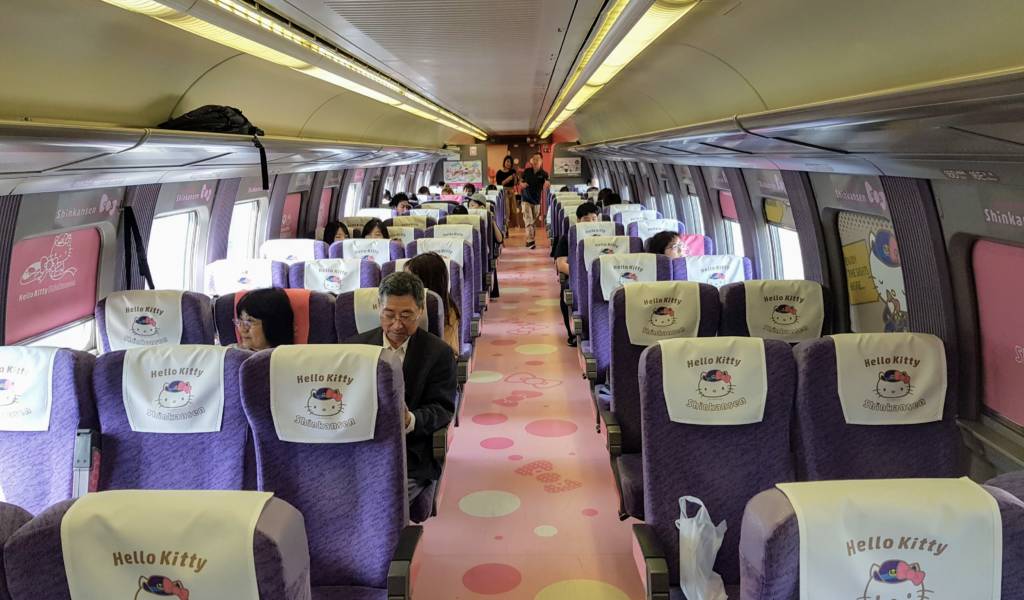 Japan has a well developed, efficient transportation system. While not as cheap for getting around in as somewhere like North America or Europe, the different modes of transport make for healthy competition and the chance to pick up a deal.

In the big cities such as Sapporo, Sendai, Tokyo, Nagoya, Osaka and Fukuoka, most central districts are walkable. While subways are widely available, if you’re in no hurry then walking will allow you to appreciate the districts that aren’t immediately adjacent to a major station.

Buses are an economical way to get around in the system, but they can be difficult to decipher and (with the exception of Kyoto) are scheduled and run with commuters rather than tourists in mind.

If you’re on a budget, catching taxis should be avoided. They can be quite useful though if you’re lost but you don’t have far to go. As a rule, taxi drivers speak no English.

The primary means of long distance rail travel is the Shinkansen network (known as the bullet train outside Japan) which radiates from Tokyo, reaching from Hakodate in the far North (opening March, 2016), Kanazawa on the Japan Sea coast, to Kagoshima in the far south of the island of Kyushu. After the Shinkansen reaches Hakodate, the only major island not served by the Shinkansen will be Shikoku. Services run on the line regularly with many trains departing only minutes apart. In general, ticketing is not cheap, being roughly on a par with scheduled air services. If you’re a foreign tourist, you have the option of buying the Japan Rail Pass – a hugely discounted ticket which is ideal for covering large distances. There are also various other passes available which you can find out more about in our post on Tokyo Cheapo about which Japan Rail Pass to choose. Also, the rail pass is not something you should automatically purchase. Depending on your travel schedule, buying regular tickets or getting an e-voucher online may be cheaper.

Buses are the cheapest practical option for traveling long distances. The trade off is that they’re much slower than the other modes. The fastest journey between Osaka and Tokyo on the Shinkansen is only 2 hours and 20 minutes. The same trip on a bus goes over night. A typical Osaka to Tokyo ticket will cost approximately 4,000 to 7,000yen depending on the company and the comfort of the seat. Some buses have private, lie-flat sleepers with your own TV. If you want to use the bus network extensively, Willer Express has an exceptionally cheap 5 day free pass for 15,000yen for tourists. Unlike the train pass, the days that you use the pass don’t need to be consecutive.

Traditionally, the domestic routes have been dominated by JAL and ANA. However, in the last 10 years there has been a blossoming of LCCs (Low Cost Carriers). If you aren’t flying during a peak time, Jetstar often has some very good deals – sometimes as low as 5,000yen to destinations north and south.
Homegrown LCCs include Airdo (with flights to and from Hokkaido), Peach (with a Hub in Osaka), Skymark

If you want convenience and a large choice of vehicles, try one of the big rental companies like Nippon Rentacar or Toyota Rentacar. If you don’t want to throw your money away, try one of the smaller competitors instead. Niko Niko Rentacar (link on Tokyo Cheapo) can cost as little as 5,000yen/day for a compact car. If you need English service, then Times Rentacar may be a good choice.