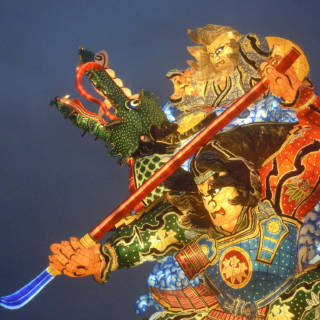 Goshogawara hosts the third of the famous Nebuta festivals in Aomori. The others being Aomori Nebuta in Aomori City and Hirosaki Neputa.

‘Tachineputa’ means ‘vertical Nebuta’, so called because Goshogawara’s Nebuta floats are very tall – some as tall as a three-storey building.

The Goshogawara festival starts later than both the Aomori City Nebuta and Hirosaki Neputa and finishes on day later.