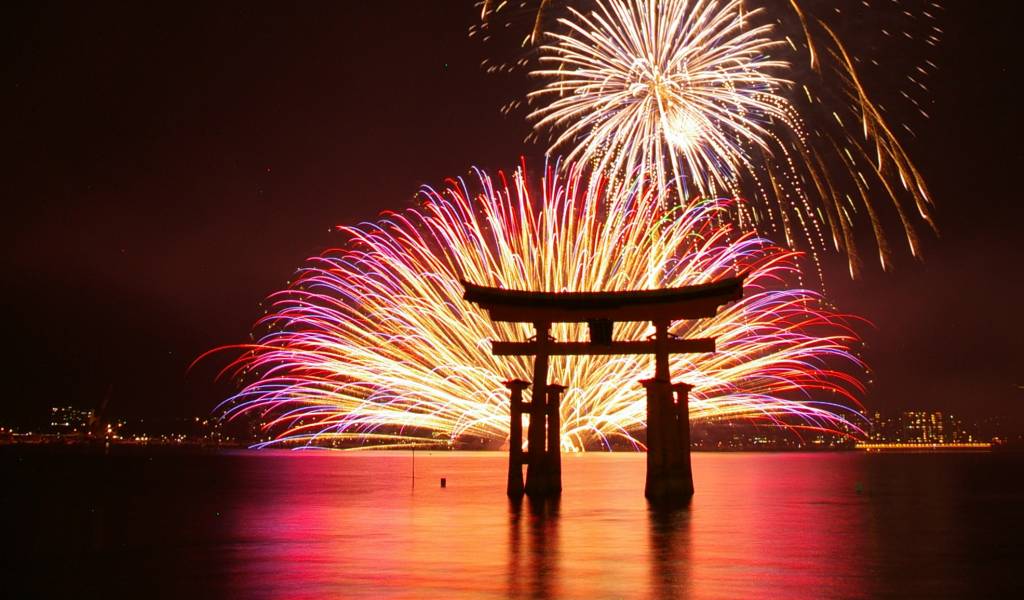 Some of Japan’s best festivals take place in August. Lucky for us, they’re mostly free too!

This is one of the busiest months you’ll find yourself lucky enough to enjoy in Japan, with countless festivals featuring traditional dances, fireworks and lantern floating. The festivals are a great opportunity to wear your yukata, so dress up and enjoy the real summer atmosphere of Japan letting its hair down.

This events covers a whole host of different festivities, including beer gardens, Bon Odori dance events and more. Make the best of this often cold city in the summer months, as it really comes to life!

The Nagaoka Festival is held around the Shinano River in Nagaoka City. Its main attractions are the portable shrine parades and folk dance processions during the day—with large-scale fireworks displays in the evening on both days.

This festival for which Aomori is most famous takes place in towns and cities across the Tsugaru Plain during the week of August 2nd to August 7th. The main procession of the festival consists of large internally lit floats depicting kabuki scenes that are wheeled around wildly from side to side.

Festival performers balance kanto (poles which are approximately 15-meters long from which hang 46 lanterns) on their forehead or lower backs while walking the parade route. They are accompanied by bands of bamboo flute players and are urged on by the spectators. 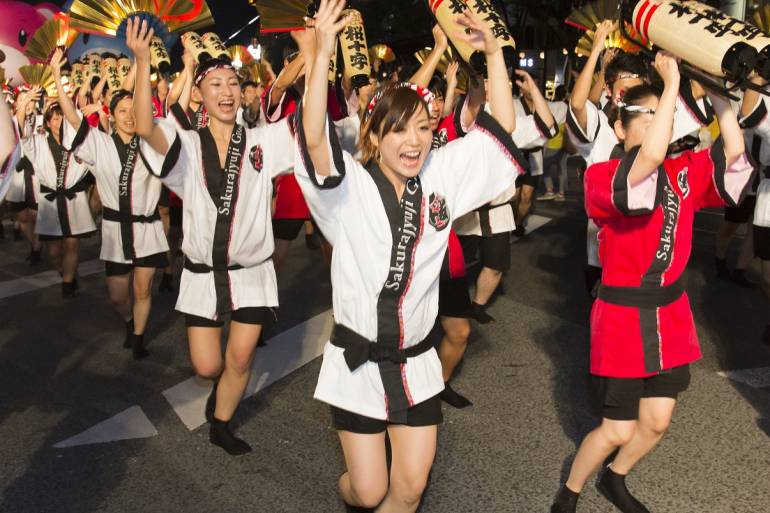 The festival will feature various dance troupes and competitions as well as a “Natsu Machi Yokocho” (summer town drinking alley).

One of the top fireworks displays in Kansai, there will be a display of over 15,000 rockets set off over the port. Crowds of up to a quarter of a million people have attended the previous shows and the best spot for viewing is Meriken park, but expect crowds!

With a huge fireworks festival in the evening, this event is a popular and lively one with jazz, food stalls, art, games and taiko drumming. There are plenty of family-friendly attractions and it’s only a short walk from JR Sasebo Station.

Dating back to 1650, this is one of Japan’s longest running fireworks festivals. With 18,000 fireworks and 400,000 spectators, it’s also one of the largest in western Japan.

A high-intensity event at one of Japan’s most ancient Shinto shrines tucked away on the northern side of central Kyoto where 60 young men fight for one of only 50 lucky arrows. The festival takes place on August 6th every year as this day traditionally marks the final day of Summer (even if it doesn’t feel like it). Read more.

In a service of rememberance for deceased ancestors and as a wish for world peace, thousands of lanterns are set afloat on the Mototyasu River next to the A-bomb Dome. You can buy lanterns from 6m onwards and release them in the evening, although it may take a while for your turn to come up.

Sendai’s most famous summer festival. Encompassing the whole city of Sendai, neighborhoods hang colorful paper decorations, including handwritten strips of paper containing wishes of good fortune, paper kimonos, paper cranes, paper nets and streamers. The last night of the festival sees a major fireworks festival with 16,000 fireworks and 500,000 spectators making it the most popular in the Tohoku region.

A fireworks festival stretching back 30 years, this event takes places on the banks of the Yodo River with the city making a stunning backdrop for the displays. Arrive well before 6pm, as the crowds are so large you might not make it to the viewing areas from the station if you get there any later.

This event is part of the annual peace festival and is known for the beautiful glowing food stalls as much as the fireworks. The events takes place on the Hozu River with plenty of free and paid viewing spots in local parks.

Tokushima Awa Odori is rated by many as Japan’s top summer festival. The festival was renowned as a raucous and drunken event and over the years a distinctive dance style emerged. Large groups participate in choreographed dance throughout the streets (which can be viewed for free) and at seven stages with reserved seating.

More than 1 million people on both sides of the strait are expected to watch the almost hour-long show in which 15,000 projectiles will be hurled into the night sky.

This night marks the final night of the Bon festival—a traditioanl period where the spirits of the dead come back to visit relatives. Those who have lost loved ones in the past year build shorobune boats decked with flowers and lanterns which are paraded through the streets before being destroyed at the end of the parade. This is a serious festival, so remain respectful if attending.

Taking place on the banks of the Yoshino River in Shinmachi neighborhood of Gojo City, this is Nara Prefecture’s most popular fireworks festival. Not content with a mere 4,000 exploding projectiles, the organizers have added a laser light show and music to the mix. The one-hour show will finish with the launch of a spectacular “star mine” firework.

An incredible 40,000 fireworks go up in smoke at this mid summer fireworks festival. The main viewing area is in Suwa City, which is easily reached from Matsumoto—prepare for crowds and plan your route home in advance.

Taking place at the riverside in Nakagawahara Park in Hitoyoshi City, this fireworks festival is expecting roughly 55,000 people to attend to ooh and ah at 5,000 pyrotechnics.

The locals call it Daimonji, the celebration during the height of the Obon festival where the city’s surrounding mountains are lit up with five bonfires. Three of the bonfires are lit in the form of kanji, while the other two are shapes of a boat and a Shinto gate.

An excellent opportunity to explore the Amanohashidate area, this magical evening takes places in Shimasaki Park. 10,000 lanters will be floated from 6pm before a a display of over 3,000 fireworks. You can see the traditional Miyazu Dance during the day so we suggest you arrive for the full event.

One of the biggest events in the Kansai Region, over 10,000 rockets are launched into the skies above the sea from special boats. Since this means chances of postponent due to bad weather are higher, you might want to be prepared to keep the fallback dates free too! 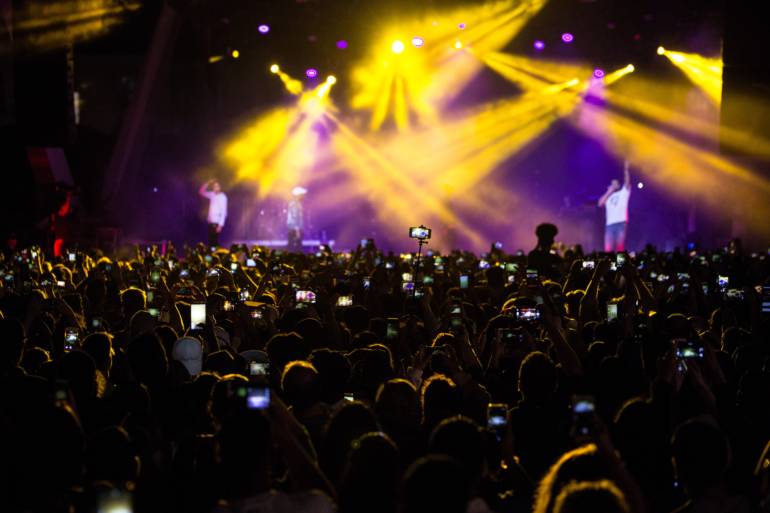 The Nippon Domannaka Festival is the largest team dance festival in the Chubu region of central Japan. Started in 1999, the festival is open to a wide variety of dance styles and features teams from throughout Japan and also from overseas. The 23,000 performers attract an estimated audience of 1.85 million people.

Each year, 300,000 residents of Fukushima and beyond line the banks of the Shakado River in Sukagawa City for the prefectures’s largest fireworks festival.

This fireworks festival combines one of Japan’s most scenic places with one of Japan’s favorite summer activities—fireworks. It has the advantage of offering one of the most stunning views around: fireworks on the surface of the water behind the giant torii gate.

Spread out your towel on Matsubara Swimming Beach and watch as over 10,000 rockets are launched over Lake Biwa. You’ll be close to Hikone Castle and there will be romantic cruises available.

An incredible 760,000 spectators are expected for one of the Tohoku region’s biggest fireworks festival. This event is actually a national contest—fireworks teams from throughout the country compete with each other to put on the best show.