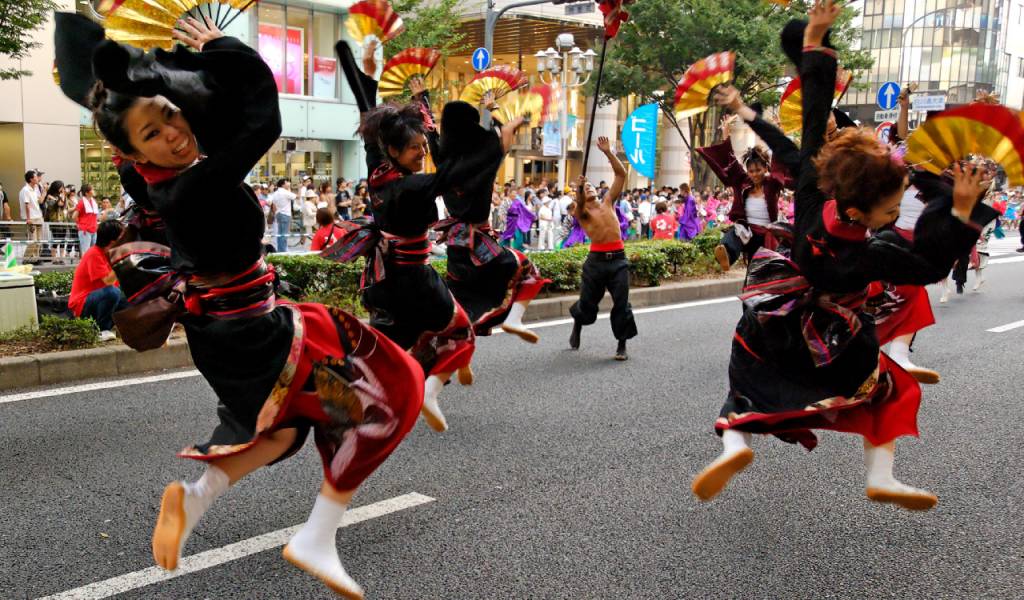 Pic: Yevgen Pogoryelov used under CC
Sharing
We are yet to confirm the dates and details of this event.

The Nippon Domannaka Festival (called the Domatsuri for short) is the largest team dance festival in the Chubu region of central Japan and one of Nagoya‘s most well-known events.

Started in 1999, the festival is open to a wide variety of dance styles and features teams from throughout Japan and also from overseas. In normal years, the 23,000 performers attract an estimated audience of 1.85 million people.

The only rules are that the dance teams have costumes reflecting their local traditions and that they carry a naruko (small clapper).

This year the festival will be held over three days in Hisaya Odori Park in Nagoya, and followed by four days (September 1st through 4th) online — either on YouTube or Niconico Douga.

If you’re looking for something to do in Aichi’s biggest city, check our events in Nagoya section.