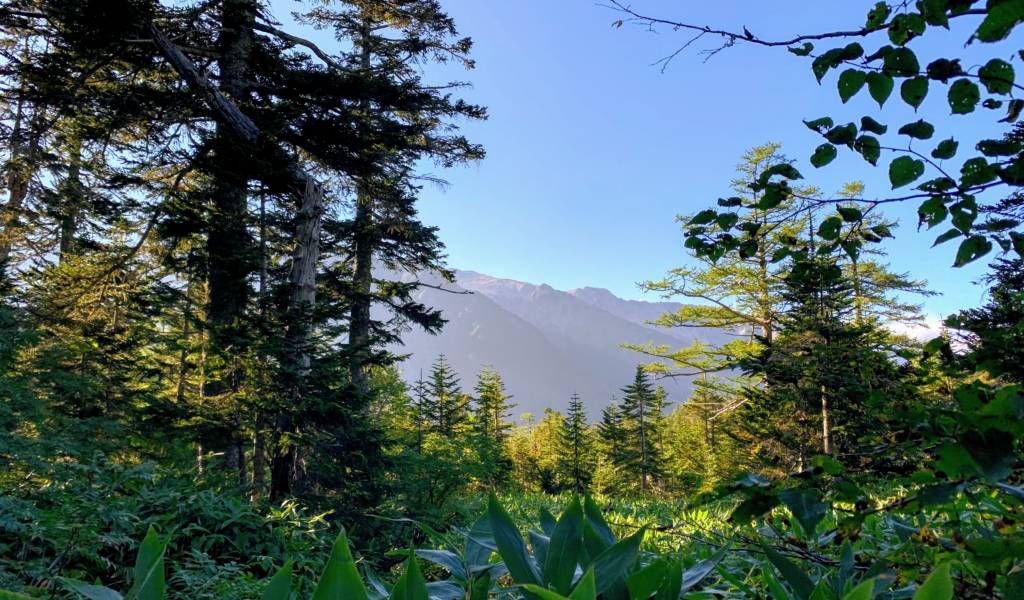 Japan by Prefecture: The Chubu Region

What makes Japan so amazing to travel around is the variety—with every new prefecture, city or village you find something unique. Consisting of 47 prefectures, including 43 traditional prefectures, two urban prefectures (Osaka and Kyoto), one territory (Hokkaido) and the Metropolis of Tokyo, Japan has a lot of ground to cover, and a lot of surprises to unearth. If you’re thinking of venturing outside of the obvious, here are some highlights to help you pick your prefecture! We’ve divided them by region, and this article focuses on the central region of Chubu.

Sandwiched by Kansai and Kanto, and a brush with Tohoku, Chubu is home to the unusual. With monkeys making the most of onsen, plenty of islands to explore, and incredible festivals of rampage, nakedness, and battles, you never know what you’ll come across!

Niigata is a mysterious place with a history of gold-mining, sake-brewing and geishas—as well as having one of the best ski resorts in Japan and an island with traditional boating and puppets. If it wasn’t on your list before, it should be now!

Echigo Urasa Bishamon-do: Described as a naked jostling festival, this 1,200-year-old ritual takes place in March and is one of the most unusual in Japan. After the usual parades, the crowd of worshipers compete to be the first to worship the God of war and wealth.

For those with a sweet tooth, sasadango is made with mugwort-flavored mochi and red beans wrapped in bamboo leaves.

If you’re a savory person, try noppe: a simple vegetable stew made with soy sauce and seasonal veg including shiitake, burdock and carrots to create a warming and hearty dish.

A quiet and rural feel presides over Toyama. With a stunning bay, mountain scenes, and perfectly maintained gassho-style villages, it’s the perfect place to get back to the roots of Japan and see incredible feats of nature.

Toyama black ramen is made with a secret recipe of black soy sauce and chicken stock with a surprisingly light taste, and has been the winner of the Tokyo Ramen Show three years in row!

Stretched along the western coast and facing out into the Sea of Japan, Ishikawa has the stunning Hakusan mountain ranges, gorges, and stunning sea views—but it’s also home to unusual crafts like salt-making and gold leaf work, traditional towns and the popular city of Kanazawa as well as onsen, so get planning!

The Abare Festival, aka the Rampage Festival, involves a huge wooden log being set ablaze and paraded from the city pier through the streets to the beats of taiko drums on the first night. The following day, two portable shrines are thrown violently into the sea before being retrieved, smashed and burned until they are unrecognizable. Intense. You can see these acts of wanton destruction on the first Friday and Saturday of July.

Try the ishiru hot pot, a warming dish made with a local fish-based soy sauce which was refined by generations of chefs. Kaga cuisine has become especially popular and features plenty of gourmet dishes including jibuni, a duck dish served with regional vegetables.

Fukui is filled with lively fishing ports, idyllic beach resorts on uninhabited islands, a dinosaur museum, and ancient temples with excavated ruins…not to mention the stunning bays, mountains and waterfalls that fill the quiet rural prefecture. Not bad for somewhere you probably haven’t heard of before.

The Mikuni Festival sees six floats with giant warrior dolls, some towering over 6 meters, paraded through the stall-lined streets of the town before reaching the Mikuni Shrine. Held in mid-May.

Buckwheat noodles are a firm favorite here, with Echizen oroshi soba being a great dish to try. The soba noodles are topped with grated daikon (radish) and a soy-sauce-based soup is added, making it a simple but delicious dish counted as one of the 100 top rural culinary dishes in Japan.

Known as the home of Fuji, Yamanashi is one of the top sightseeing spots in Japan, with the Five Lakes, Fuji-Q Highlands theme park, but also wineries, onsen and plenty of temples.

The Fuji-Yoshida Fire Festival is held to announce the closing of the Fuji hiking season (roughly) and involves a torch being lit at every house front in the town, until it resembles a sea of fire.  The soul of  the falsely accused Goddess of Fire is transported through the city (she burned herself alive in the Sengen Shrine as proof of her fidelity) before a firelight ceremony in the forest.

Hoto is an unusual dish of stewed flat udon noodles in a vegetable soup which also comes in a pumpkin variety. The preparation is more similar to dumplings which is why they aren’t strictly considered udon by locals.

A beautiful area famed for skiing and home to the famous onsen monkeys, Nagano is a snow-capped wonderland, with plenty of cycling and beautiful spring towns like Matsumoto perfect for exploring by bike.

Nozawa Fire Festival is one of the top three fire festivals in the country. The men aged 25 must protect the base of a tower from villagers armed with burning torches, while the men aged 42 protect the top, but it eventually burns at the climax of the night.

Nagano is also home to Onbashira, Japan’s deadliest festival, but as it is only held every six years, the next is not until 2022.

While Nagano is synonymous with buckwheat noodles, a more unusual specialty worth trying are oyaki dumplings. Flour dumplings stuffed with vegetables and seasoned with miso and soy sauce, they are warming and you can even make your own in the farmhouses of Ogawa Village, the largest producer in the world!

Home to the stunning traditional houses of Shirakawago and onsens buried in snow-covered mountain ranges, Gifu is a natural wonderland, with bustling market towns, traditional streets, and plenty of sake breweries to explore!

The Gujo Dance Festival is a 30-day dance-athon where participation is key, with four days in particular seeing the dancing go through the night. The central dance tower is surrounded by crowds enjoying the summer nights and bopping together in traditional yukata and geta (traditional Japanese sandals).

Hida beef is highly regarded thanks to its tenderness and can be enjoyed as steak, grilled on skewers or in hot pots—basically in any form! Find a shabu-shabu restaurant and enjoy it with some local sake.

Right between Tokyo and Osaka, Shizuoka also lays claim to Mt. Fuji with plenty of great viewing spots, as well as plenty of other great mountains! There are lots of ropeways, though, if hiking isn’t for you, and an amazing array of temples and shrines, as well as valleys, bays and forests to explore.

Hamamatsu Kite Festival is an ancient celebration dating back to the 16th century and features hundreds of amazing kites flown above the sand dunes before they enter into battle to be the last kite standing, as opponents try and cut each other’s strings with friction. In the evening there are glowing parades of over 100 floats!

Shizuoka prides itself on seafood, so be sure to try the sakuraebi: small cherry shrimp served in a myriad of ways. They also have a Shizuoka version of oden, which uses a dark beef and soy-sauce broth, darkening every time it’s replenished—great for warming up in winter!

Aichi is known as the home of the samurai thanks to its strategically valuable rice plains, rivers and bay, which were fought over during the Sengoku (warring states period)—so plenty of history to discover. If you have time, head to Himakajima, an island in Mikawa Bay famed for its octopus and seafood!

The Chiryu Festival is the only one in Japan where doll joruri and puppet karakuri performances are held atop the portable shrines on alternate years.

The Shiohi Festival is also a great spectacle as carts rush down to the water’s edge and race along the shore.

Hitsumabushi is a traditional dish featuring chopped teriyaki eel on a bed of rice, but eel is unfortunately in danger in Japan, and a pretty unsustainable option. A great alternative local dish is goheimochi, which can be found at street stalls areound the area. It’s a baked rice cake dipped in red miso paste (Aichi loves miso) as it is a delicious treat.

Perfect if you want to see some unusual sights, the festivals of the Chubu region bring some intensity to an otherwise peaceful and natural setting—ideal for a true adventure into Japan.