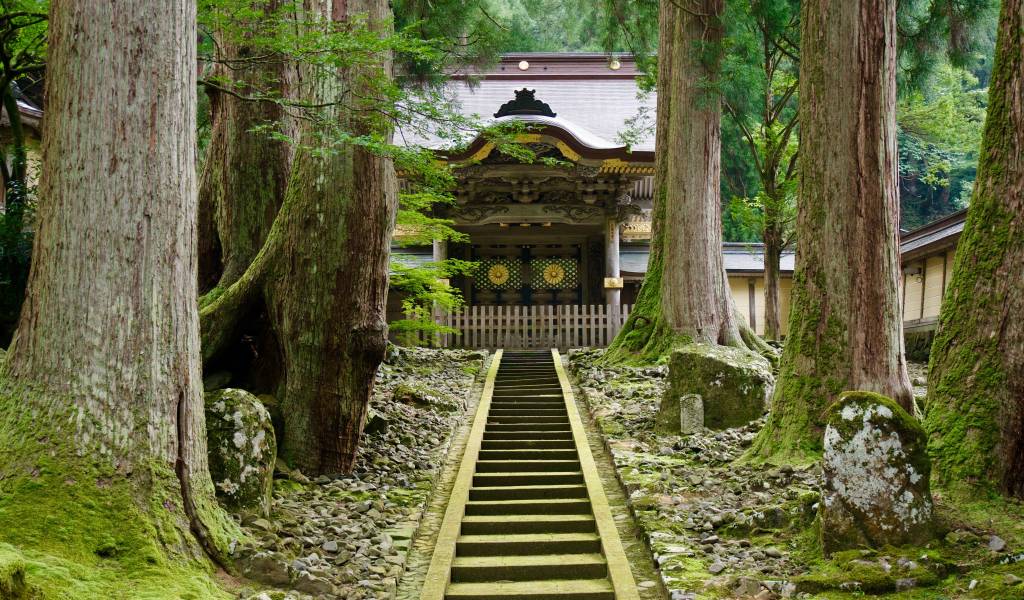 Dinosaurs, Temples and Tea in Fukui

Fukui city is all too often just a jumping off point for visitors to Eiheiji Temple, but the town, in Fukui Prefecture on the Sea of Japan, is worth a look in its own right.

Things to do in Fukui

Eiheiji is a stunning Zen temple set on a forested mountainside about half an hour outside Fukui. It’s still a working monastery and you can see the monks going about their daily business and witness services, or even stay the night.

Read our full guide on visiting Eiheiji, and how to get there.

Head north from Fukui Station to see the old castle mound, now the site of the prefectural government offices and also a nice little park that’s kept the original moat. There’s nothing left of the castle apart from a few stone foundation walls, but it’s a pretty lookout spot.

A couple of blocks northeast brings you to Yokokan Garden (¥210), a gorgeous traditional garden which dates back to the Edo period. It belonged to the Matsudairas, the ruling clan of Fukui, and it’s said one of the lord’s mistresses gave birth to a son here. Sadly, the whole site was burned to the ground during an air raid in 1945, but it was restored during the 1980s according to plans from 1823.

The garden can be easily walked round in half an hour (careful of the many stepping stones when it’s wet). If you haven’t had enough of the glorious pond views, you can pause a while in the reconstructed house, dangling your feet over the side of the raised floors while drinking in even more of the natural splendor. During weekends and public holidays in spring and autumn you can enjoy a tea ceremony here, too (¥500).

A combined ticket (¥340) gets you access to the garden and the Fukui City History Museum next door, so pop in to see the history of Fukui. It ranges from ancient tombs, the Matsudaira clan and their effects, the bombing of the city towards the end of the World War II, and temporary exhibitions.

There are lots of mountains around Fukui, but Asuwa is in the heart of the city. A 20-minute walk south west from Fukui Station brings you to the Atagozaka Tea Ceremony Museum at the base of the mountain, where you can browse an exhibition of tea ceremony artifacts and buy a bowl of matcha to drink. If you time your visit for late April, you might be lucky enough to see the annual tea ceremony which takes place on the mountain.

A short walk up some stairs brings you to Asuwa Shrine, with its ancient weeping cherry tree. Further up the mountain—and we’re not talking a Fuji-esque hike, here—you’ll find a lushly wooded area with more shrines and temples, the City Museum of Natural History, restaurants and a small zoo.

Fukui loves its dinosaur museum. Come out of the main station and you’re met by three animatronic, roaring dinosaurs—versions of the Fukuiraptor and Fukuisaurus, real dinosaurs whose remains were excavated in the area.

The museum combines dino history, fossils and skeletons (and more animatronic beasties) with earth sciences. There’s plenty for little ones to do, and for grown-ups too.

The museum is actually based in Katsuyama City, but can be reached in less than an hour by train from Fukui on the Echizen railway (), then a bus from Katsuyama. 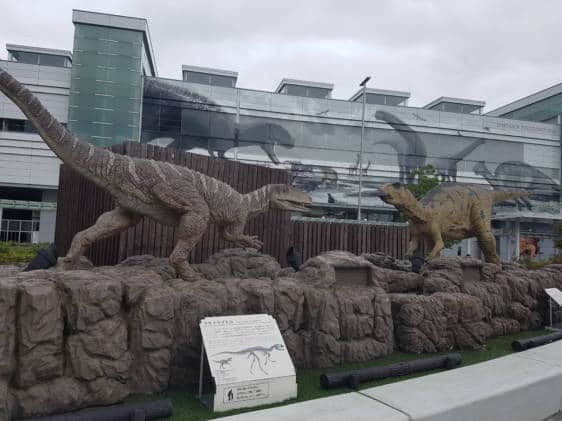 What to eat in Fukui city

For a quick refuel, head across the road from Fukui Station to Oden Ishida-Ya (opposite the Toyoko Inn, past the sake barrels). Oden is a type of hotpot, filling and fairly cheap. Ishida-Ya also sells yakitori skewers and other typical izakaya fare.

As always, Fukui station itself abounds in places to grab a bite, including multiple soba restaurants. Prism department store is attached to the station, and lovers of beverage theatre should pop into Cafe Colorado, accessed from inside the station, and take a counter seat to watch the barista brew coffee like a science experiment.

Fukui
Written by: Rachel Holdsworth
Filed under: Things to Do
Tags:
Sharing