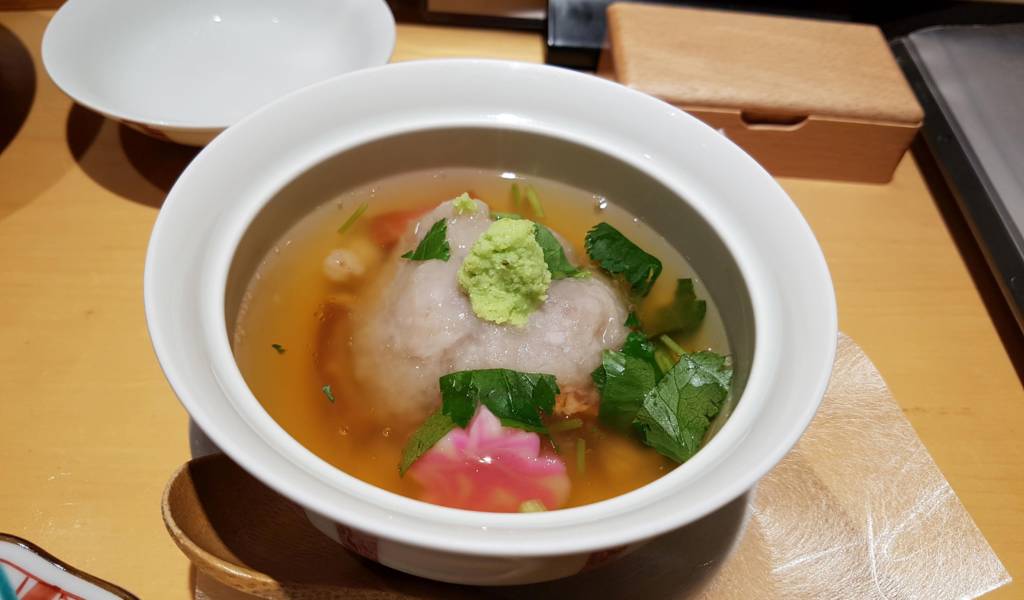 Where to Eat Kaga Ryori, the Regional Cuisine of Kanazawa

If you spend any time in Japan you’ll rapidly realize that each region has its own local delicacies. In Osaka you should try the takoyaki (fried battered octopus balls); if you go to Nagasaki you shouldn’t leave without trying the champon noodle dish; and of course, we all know about Kobe beef (for a cheaper and just as delicious option, head to Gifu prefecture for Hida beef).

In Kanazawa, the main attraction of kaga ryori—the collective name for the regional cuisine—is jibuni, a duck hotpot with seasonal veggies. The broth is thickened with wheat or potato starch to produce a rich, silky soup that’s comforting and satisfying. It’s traditionally a winter dish but there are restaurants where it’s on the menu all year.

Another local speciality is steamed, minced lotus root called hasu-mushi. It’s served covered in a broth and may also come with shrimp or other fish. Going to be honest—this one’s fairly accurately named, as it’s very mushy in texture and didn’t taste of a whole lot. But, eaten as a side dish with jibuni, it’s not going to take anything away from the main hotpot event.

Also keep an eye out for gori-kaarage (small fish fried in tempura batter). Gori is more of a fish nickname in Japan and which exact fish it refers to depends where you are; in Kanazawa, they mean both freshwater goby and also the Japanese fluvial sculpin. You eat the whole thing, including the bones. You can also find gori tsukudani, where the fish simmers in a soy sauce glaze instead of being fried.

Where to eat kaga ryori in Kanazawa

Here are three places to experience kaga ryori without breaking the bank.

At the side of a small river running between Nagamachi and the Korinbo shopping district is Gyohan. The building is an old samurai residence and, while you’re likely to eat in the modern room at tables or the counter, there is a tatami mat room with low tables. You pay a little more here because of the location. A jibuni set costs ¥1,600 or you can try their signature hot-pot version for groups, plus they also serve gori.

Yoshihisa is just to the south of Kanazawa Station. Jibuni costs ¥1,030 here, and you can add a three sake sampler set for just ¥730. You could even upgrade to a multi-course meal (¥2,800) which includes jibuni, sashimi and snow crab. If there’s four or more of you, try booking a tatami mat room.

A couple of minutes’ walk on the main road in front of Kanazawa station brings you to Cho-hachi (there’s another branch in Katamachi, near the Sai River). The setting is light and modern, with noren-shielded booth seating, but we recommend the counter where you can watch the chefs at work. All three kaga ryori specialties are on offer here: you can wolf down jibuni, hasu-mushi and gori tsukudani and have change from ¥3,000. The sweet potato crême brulée is also tasty and fun.

We can’t let all this talk of Kanazawa cuisine pass without mentioning gold leaf ice cream. The city is famed for its gold leaf manufacture—check out the museum dedicated to its history—and that’s developed into one of Japan’s weirder treats. If a sheet of gold leaf on top of soft serve ice cream tickles your fancy, look out for one of many shops around the castle, Kenrokuen or the Higashichaya district.

And what’s eating without imbibing? Visit some of our favorite craft beer bars in Kanazawa.