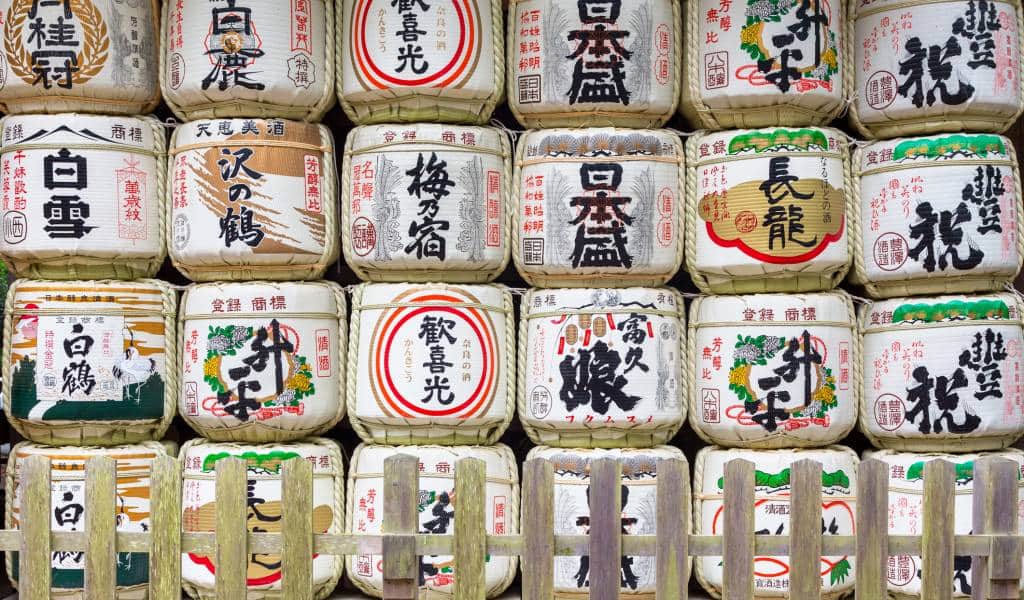 Narazake and a Taste of Original Japan: A Dip into Nara’s Saké Barrel

As young Japanese seek moderm indulgences and the elderly refrain consuming in large volumes, Japanese saké, or Nihonshu, is gathering greater appreciation on foreign shores. This trend is driven by saké’s growing popularity in food pairing science, a taste for Japanese cuisine beyond sushi, and an American middle class seeking authentic traditionality.

For the Japan visitor, Nara saké, or more colloquially narazaké, is definitely on the bill. Often credited as being the birthplace of refined or ‘clear’ saké (清酒 / seichu), narazaké is still defined by small local breweries and quality output. So, take a dip into Nara’s saké barrel with us for a taste of original Japan.

About 15 km outside Nara City is a temple called Shorakuji on Bodai Mountain. Originally, it was annexed to the famous Kofukuji. The monks at Shorakuji got into running a lucrative brewing operation. In doing so, they popularized an innovative brewing technique.

This technique became known as Bodaimoto, although it was probably not unique to Shorakuji. It relied on a saké yeast starter, or a lactic acid water (soyashimizu), made from first soaking a quantity of rice in water. This was then used to speed up fermentation and to increase production quantity.

Shorakuji and the revival of the shubo

In due course, this method became the gold standard across Japan. It foreshadowed more modern brewing techniques where wild lactic acid is first cultivated as in the kimoto and yamahai methods. The ultra-modern sokujo method just adds in already cultivated lactic acid.

Shorakuji’s monk brewing days, however, eventually ended. Then, some 500 years later in 1997, scientists, monks, and some local saké brewers decided to get the barrel rolling again. Ancient lactic acid yeast spores were isolated in the hallowed temple grounds and the spirit of the past was resurrected.

Now, each January, a fresh starter, or shubo (酒母), is produced in the temple grounds, blessed in a ceremony, and taken back by the brewers to their respective companies. These small batch productions of jummai saké carry a golden seal of authenticity and are only sold in Nara.

You can visit Shorakuji and buy this sake at the temple (or elsewhere). However, it’s rather out of the way and the only way is by car or a taxi 25 min from JR Nara Station. The temple is quite popular for its garden and leaves, so from November 15th to December 10th you can catch a special seasonal bus.

Saké can be separated into two categories. Junmai (純米), meaning ‘pure rice’, has no added alcohol to augment or enhance the flavor and aroma. Aruten (アル添) saké uses additional distilled alcohol. Which is better is largely a question of personal taste. The degree of polishing, or how much of the outer grain layers is removed, is a secondary classification.

Junmai and aruten saké are both found in the following additional categories. The word ‘aruten’ is basically omitted and Junmai (純米) affixed where necessary:

Furthermore, there is also namazaké or unpasteurized saké. Heating or pasteurization is used to kill the fermentation enzymes and lock the flavor. Namazaké tastes fresher and fruitier with a sweet aroma. Jizaké (地酒) refers to a local saké this is not widely distributed.

How to explore Nara’s traditions of saké brewing

One of the best things to do in Nara is to book a private saké tour with a guide. This is often the best way to get hands-on experience with authentic insights. Plus, there’s drinking for adults along the way.

Many breweries have open public tours, but you usually need to book in advance. While some information may be available in English, the tours are generally in Japanese. In Naramachi, only Imanishi Seibeisyouten of the Harushika brand has tours in English. The other option is Umenoyado in Katsuragi City.

These are other places, though, to enjoy narazaké:

Harushika is one of two saké breweries in old town Naramachi and has long been a favorite on the scene. It’s one of the best places to casually stop by and sample narazaké. They’re also English friendly with an English speaking host.

Yagi Syuzō is Naramachi’s other saké brewery a couple of blocks down from Harushika heading east. It’s a quiet place with not much English and they also make Japanese shochū and umeshū. You can sample their saké anyway at Nara Izumi Yasai listed below.

Nara Izumi Yasai is a drinking establishment and saké retailer certified by the Nara Prefecture Sake Brewery Association. You pay ¥200 per glass and there are also snacks to order. The bar master and staff do well to communicate in minimal English, but there is an English menu available.

They open from 10:00 to 20:00 and are closed on Thursdays. Recently, however, there are additional non-business days. You can view notifications of temporary closure (臨時休業のお知らせ) on their website.

As you come out of the Nara Park end of the Kintetsu Nara Station, hang a right and walk down the popular shotengai. Towards the end on the left you’ll see an izakaya eatery. You can’t miss it for the big saké barrels outside. This is a very decent place to get down to local grub, and they stock almost all varieties of narazaké. The menu is only Japanese, but the staff are very friendly and may be able to help out with minimal English.

Momotaro is a shop inside the main building of JR Nara station. They sell many varieties of Nara saké. Help isn’t available in English, so it is good to kind of know what you’re looking for. They stock Goshin saké (五神酒) from Gojo City which is considered among the best, and also Bodaimoto gold label saké.

The Saké Times has a comprehensive listing of narazaké breweries and topical news from the world of saké. The Saké international Association has a ranking of their top Nara saké breweries. The Japan Saké and Shochu Association (JSS) has a great resource website on saké in Japan. There are only a few breweries, however, that actually have an English web presence: