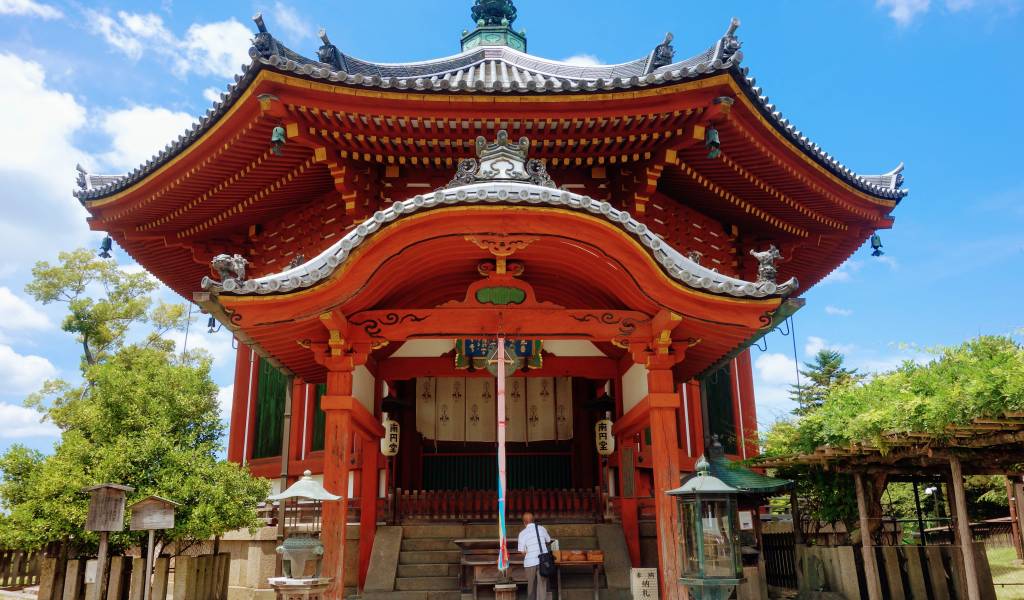 Founded at the same time as the city of Nara, the temple is a UNESCO World Heritage Site featuring two pagodas, octagonal halls and a museum.

Originally the family temple of the powerful Fujiwara clan, the temple is one of Nara’s most popular sites and is only a short walk from the park. The five-story pagoda is the second tallest in Japan at 50m tall and was originally built in 730 but was rebuilt in 1426. You can stroll through the grounds and admire the buildings for free, but entrance to the Kofukuji National Treasure Museum (filled with Buddhist art) and the Eastern Golden Hall require a fee. The octagonal halls are over a thousand years old and are only opened to the public for a few days each year, but look beautiful nonetheless.