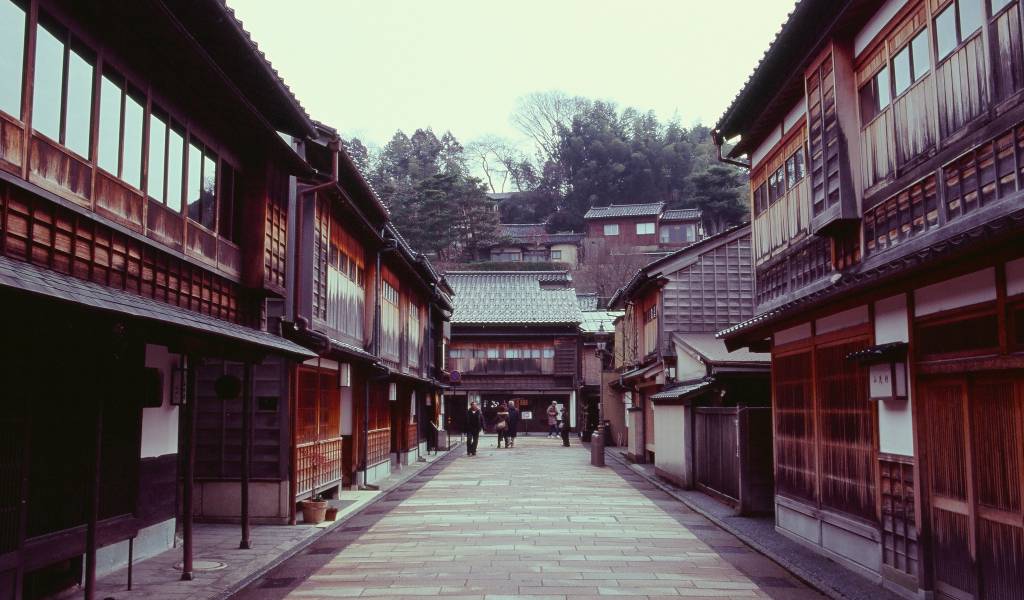 Exploring on foot is without a doubt the cheapest way to go sightseeing. But some cities are better for wandering around than others. Here are the top five cities in Japan for wearing out your sneakers.

Kyoto is located in a basin surrounded by mountains. This has limited the city’s sprawl and has made it feasible to walk from one end to another (although there are few who would actually do that). It’s also a very flat city, and the streets are laid out in a grid, making it easy to navigate with minimal exertion. On the other hand, if you want a better workout, hiking trails criss-cross the mountains around the city and offer great views.

Conveniently, many of Kyoto’s tourist highlights are all bundled together in the Higashiyama district, making walking between destinations an easy option. It’s not impossible to start from Sanjusangendo near Kyoto Station, and head north until you hit Ginkakuji, the Silver Pavilion. Although, you’d probably want to break your walk up over two days if you actually want to enjoy the stops along the way!

Being the former capital of Japan, Nara‘s most important buildings (and today’s tourist attractions) are clustered together, making walking from one to another a great option, and in fact, perhaps the only option.

Nara Park is the center of action here, with multiple attractions, including the UNESCO World Heritage-listed Todaiji, Kofukuji, and Kasuga Taisha. The Nara National Museum and multiple other temples and shrines are dotted around the park, along with Nara’s famed deer. The park itself is vast and will probably take up an entire day, but in case you want to do even more walking, then the old merchant district of Naramachi, as well as today’s modern Nara city, are just outside the park’s borders.

Being on the northernmost island of Hokkaido, Sapporo isn’t really a walkable option in the winter (with the exception of the Snow Festival each February). But in the summer, while the rest of Japan swelters in the heat and humidity, Sapporo and Hokkaido are very attractive options.

Like Kyoto, Sapporo is laid out in a grid formation with many attractions within walking distance of each other. Start with a sushi breakfast at the Curb Market, before heading towards the Botanic Garden and the Ainu Museum. After that, you can wander through Odori Park before marking off the Clock Tower on your to-see list. From there, it’s a 25-minute walk to the Sapporo Beer Museum, before swinging back to finish the day in Susukino, the entertainment district. Seafood, gardens, Ainu, beer, and shenanigans, all in one walk.

Fukuoka is the largest city on Kyushu, and while it does have a few tourist attractions, it’s really known for is its food. In particular, the yatai food stalls that set up each night draw crowds from all over Japan. If you want to work up an appetite (or walk off the calories), then just head wherever the wind takes you in the evenings; these yatai are scattered all over Fukuoka and you’re bound to find one. On the other hand, if your appetite needs to be sated quickly, go to the south end of Nakasu Island where most yatai stalls congregate.

Make sure you take a walk along the river to enjoy as many different kinds of food as possible. Famous dishes include yakitori, Hakata ramen and and oden. And of course, there is plenty of alcohol to wash it down. Just be careful on the walk back to your hotel.

Known as little Kyoto, much to the chagrin of the locals, Kanazawa also escaped aerial bombing during World War II, meaning that many old and historical buildings still remain today.

The most famous attraction in Kanazawa in Kenrokuen—judged one of the three most beautiful landscaped gardens in Japan. The garden is interesting in any season, and has multiple features—from waterfalls to tea houses.

Just across the road from the garden is Kanazawa Castle Park, which features both original and reconstructed castle buildings, along with more gardens. And just in case you haven’t walked enough, there are two museum districts on either side of the parks spanning a wide range of topics, including many showing the city’s samurai past.

What do you think of this list? Do you have any other ideas for walkable cities in Japan?
Tell us in the comments!