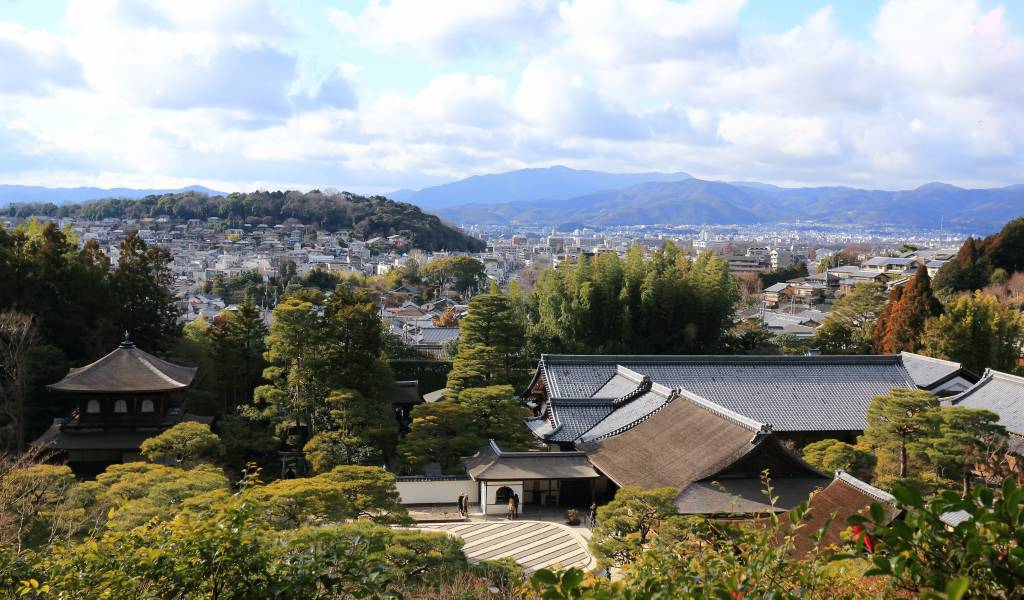 Overshadowed by its shinier sister temple, Kinkakuji, this is a much more relaxed affair – quite literally, as it’s a zen temple. Meaning Silver Pavilion, the temple was originally shogun Ashikaga Yoshimasa’s retirement villa, but was converted into a temple when he died. Known for his interestes in culture and the arts, his legacy led to the temple being known as the more modern Higashiyama culture scene.

The Silver pavilion is surrounded by a handful of additional temple buildings and two beautiful gardens featuring moss and sand. Rumour has it that the temple’s name isn’t related to its better-known-neighbor, but to its glimmering reflection under the moonlight. Surrounded by the eastern mountains of Higashiyama and close to the Philosopher’s path, it is a great stop on a stroll through the North-East corner of the city.