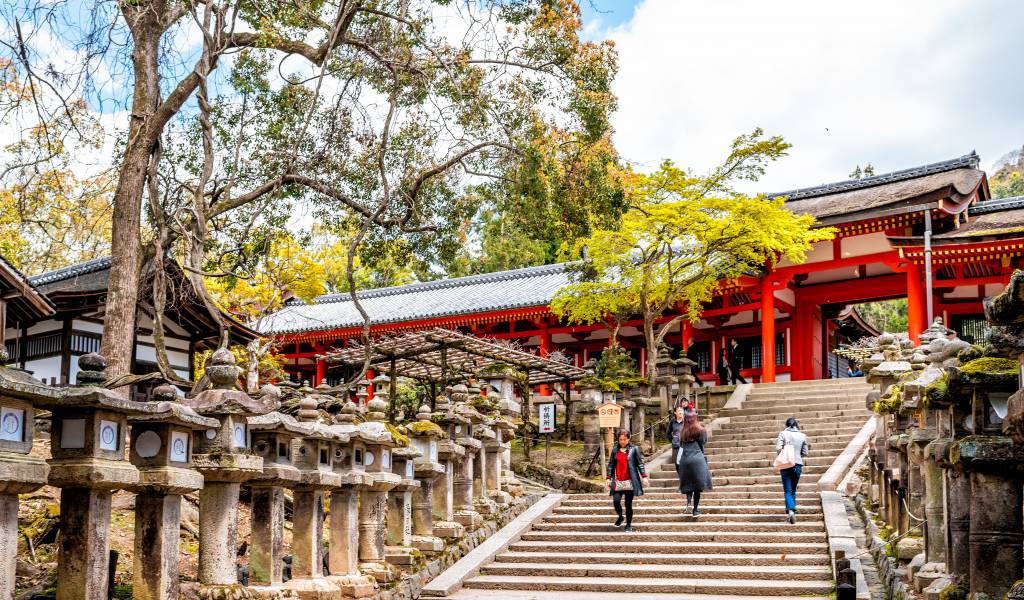 Established when Nara was Japan’s Capital, Kasuga Taisha is a UNESCO World Heritage site situated in the beautiful Nara Park.

The most popular shrine in Nara (which is saying something), it is dedicated to the deity responsible for protecting the city and is rebuilt every twenty years, similar to Ise Shrine in Mie. Famous for lanterns, the shrine has hanging bronze examples as well as stone ones on the approaching paths, but they are only lit during the two annual lanter festivals in February and mid-August. The surrounding forests have small shrines dotted throughout including one for each of the 12 lucky Gods and one famous for marriage and love. The shrine has its own museum and a botanical garden which is in turn home to an ancient poem collection as well as plants. The primeval forest behind the shrine is unfortunately not open to visitors.

General admission to the shrine is free, but various parts have admission fees – of ¥500 each. Specifically, the area in front of the main sanctuary, the Kasugataisha Museum and the Man’yo Botanical Garden.