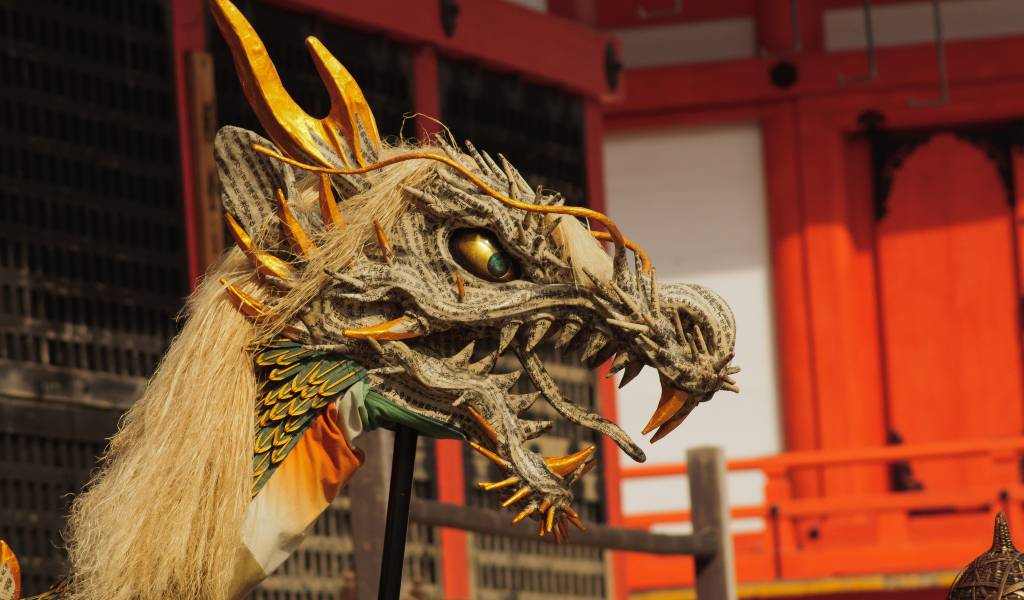 Summer isn’t over yet, and there are plenty of festivals across Japan to carry on that holiday feeling! Here’s a taste of what you can expect in September.

A unique and provocative art festival held in the Ishinomaki area, the Reborn Art Festival is an increasinly must-visit event in the art calendar. Featuring music, food, art and unique local experiences, the festival celebrates the regeneration taking place after the devastation of the 2011 earthquake and tsunami.

One of the largest firework displays in Japan, the National New Fireworks Games is held in Suwa and involves different teams trying to outdo each other in the art of pyrotechnics. Like most industries in Japan, firework displays tend to have older technicians with younger apprentices supporting them, but here there are plenty of opportunities for the apprentices to show their skills! Spectators can watch over 18,000 fireworks being launched from different sites in a spectacular show.

A rare chance for civilians to enter the air base, this festival attracts around 100,000 visitors a year and entertains them with aerial displays, fly-bys and music as well as plenty of food stands. It’s the largest air show in Northern Japan and is popular, so expect busy stations and buses.

Misawa Air Base Festival in Aomori

A huge EDM festival with headliners like Wiz Khalifa and Kygo, the Wired Music Festival has moved from Mie to Aichi to stretch its wings. Tickets start from ¥14,000 for one day or ¥24,000 for both, with VIP options available.

More melancholy and somber than most Japanese summer festivals, this is also one of the most beautiful. Watch as lantern-lit traditional boats glide across the Sarusawa Lake in memory of Uneme, a court lady who drowned herself in the lake after being spurned by the emperor. The procession moves from JR Nara Station to the pond with carriages containing Miss Uneme beauty queens and children in full costume.

Head to the beautiful Kiyomizu-dera to see the procession of the blue dragon as he drinks from the Otowa Waterfall below the temple. With masked characters and colorful dances, this is a simple but impressive display, adding a touch of the mystical to one of Japan’s most famous spots.

An unusual festival in Japan, Kyoryuchi is the nickname of of the foreign settlement in Oura which dates back to the late 1850s, and this event celebrates the wide array of cultures there. With choirs, art workshops, a stamp rally and even a Scottish pipe band, you can enjoy the different aspects that come together to create this diverse community. And tuck into some great festival food at the same time!

The Kishiwada Danjiri Matsuri has rightfully earned its place on the list of Japan’s rowdiest festivals—and possibly the most dangerous too. Local teams whirl their wheeled carts around town, often reaching high speeds and with participants riding on top of them. At night they are strewn with lanterns and create a beautiful scene. Click below for the locations each day.

Another popular outdo
ors music event in the Japanese countryside, the Orbit party is held in the stunning setting of Gifu. Featuring Quivver, DJ Yoghurt, Orbit, Shiho, Anthony Huttley, Ryosuke, Manabu and T-Sound among others, the music will be enough to keep you entertained, but Monet’s Pond is nearby too.

Considered the best in the whole of Kyushu, this fireworks festival is also one of the longest in summer. Over 22,000 rockets go off into the night sky over a period of two and a quarter hours. Your best bet is to head into the large surrounding park, and have a picnic when you’ve found a decent viewing spot.

Showing that there’s a modern side to Kyoto, the Manga Anime Fair is one of the biggest in Kansai, and is a fun mix of trade show, market and festival. Entry is ¥1,200, but foreigners can enter for free if they show their passport—so that’s a bonus! Get your fix of everything anime and celebrate the creativity of some of Japan’s most famous forms of entertainment!

A chance to float beneath a full moon on a beautiful lake, this event is as tranquil as it gets. A tradition continued since the Heian era, if the moon is in the right position, you’ll see it both in the sky and the lake at once.

Made famous by a recent series of Terrace House, Karuizawa is a date spot and a half, especially during the autumn leaf season. This long-running event celebrates the golden colours with food stalls, entertainment and plenty of good spirited fun.

Check back for more events as we update this post! If you’re going to be in Tokyo, see our detailed events listings for the area.