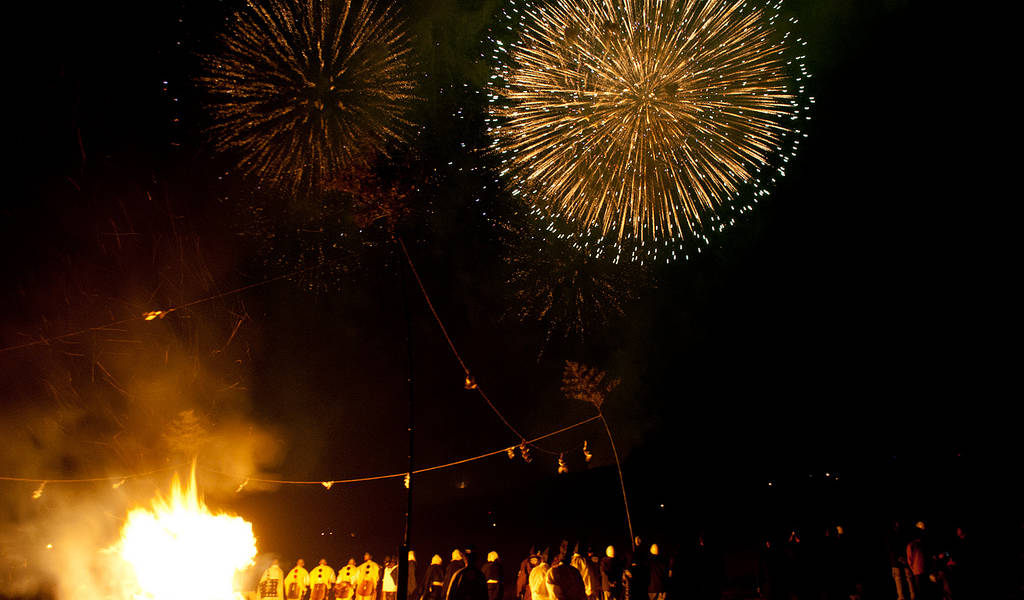 Pic: N Whitely used under CC
Sharing
We are yet to confirm the dates and details of this event.

One of the most impressive sights in Japan this January, the Wasakusa Yamayaki sees an entire mountainside in Nara go up in flames as fireworks are launched behind it. Although its origins are unclear, possible explanations include disputes about boundary lines between temples, attempts to scare away boar, and even ghosts.

Details for 2023 are just being released, but for now we know that the fireworks will be launched at 6:15 p.m. and the mountain will be set alight at 6:30 p.m.