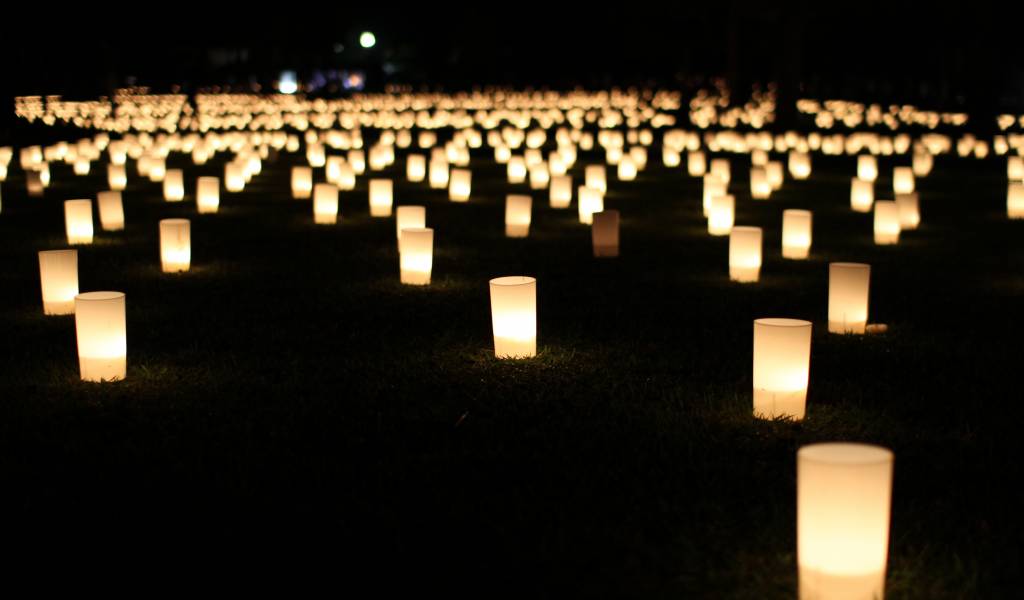 See Nara in a new light this summer with their evening illuminations – lanterns, candles and some of the city’s biggest sights lit up for all to see.

August in Japan is stinking hot—no way around it. While the nights are still pretty warm, they’re more tolerable than the searing days, so August is a good time to become nocturnal. For those wondering what to do at night, Nara is generously providing evening entertainment throughout August with a number of light festivals. Now is a great time to take in the atmosphere of the ancient capital.

For the Light Up Promenade event, various buildings in and around Nara Park (including its many UNESCO World Heritage sites) will be illuminated with spotlights nightly. Enjoy the five-story pagoda of Kofukuji Temple, Yakushiji Temple, and Todaiji Temple all lit up on an evening stroll.

The official website suggests walking trails; some destinations along the routes have an entry fee, but most are free. 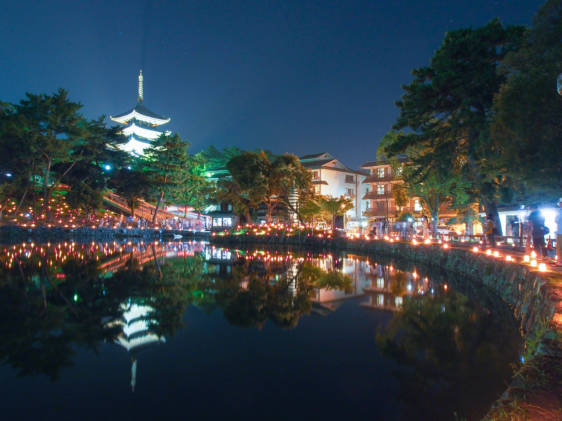 The Nara Tokae festival is a fairly new ten-day event, having started in 1999. Over 20,000 candles are lit and placed inside plastic canisters, which are in turn arranged in interesting patterns throughout Nara Park and its surroundings. The patterns may depict a river flowing, or more conventional love heart or star shapes. Other times they are simply used to illuminate the existing structures, such as Ukimido (the hexagonal gazebo in the middle of Sagi Pond).

Recent changes have been made to improve the eco-friendliness of this event. For example, the candles have been changed from typical paraffin candles to more natural materials, not least because famed Nara deer may try to nibble them. 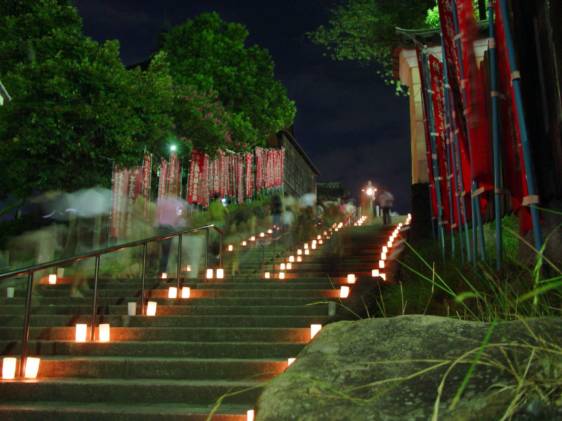 While Nara Tokae and Light Up Promenade are modern events, the remaining light festivals in this list are based in Shinto and Buddhist traditions. Man-Toro means “10,000 lanterns”, however this event actually only features around 3,000 lanterns dotted throughout the grounds of Kasuga Shrine. The smaller number of lanterns are still very impressive and provide a great atmosphere on the approach to the shrine. Both stone and metal lanterns can be seen and it costs ¥500 to see the bronze lanterns inside the shrine.

This event is primarily held during the Setsubun festival in February, but is now also held August 14th and 15th each year. Bugaku (court dancing) and kagura (Shinto dancing) are performed at the honden (main hall) on each night respectively. 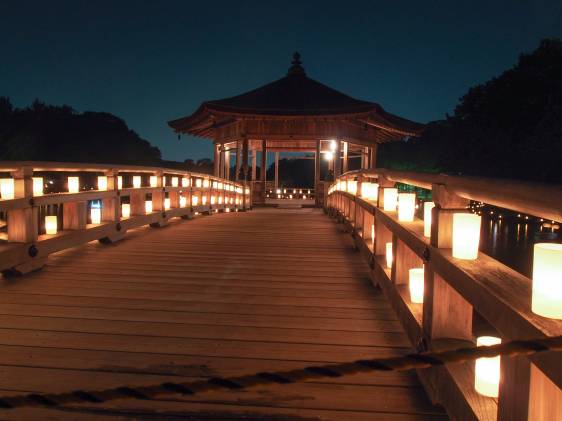 Man-Tokuyo translates as “10,000 memorial lamps” and this time, there are actually 10,000 lit candles distributed among 2,500 lanterns on the grounds on Todaiji Temple. This ethereal event is part of the O-Bon festival and is held at many temples around the country. One particularly interesting feature of this event is that the small window at the front of Todaiji is opened and the giant Buddha statue’s face can be seen peeking out, glowing due to the candles’ illumination. 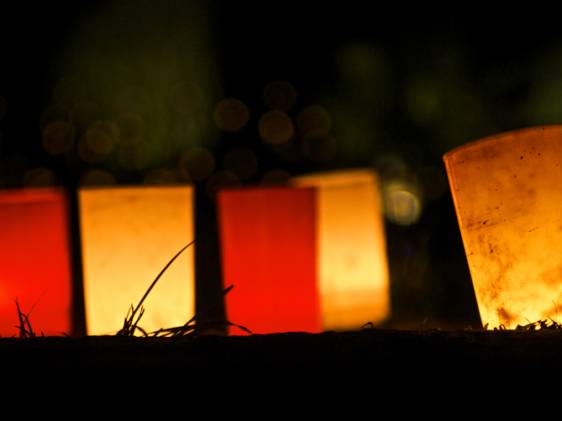 Most people know Kyoto’s Daimonji Fire Festival (officially Gozan no Okuribi), but Nara has a Daimonji bonfire too, one day before its more famous cousin in Kyoto. There is one large dai character looking over Nara from Mount Wakakusa. It is lit up by 108 fire grates at 8 pm on August 15th. The fires are the culmination of the O-Bon festival, and are meant to guides the visiting souls of the dead back to the afterlife. The bonfire can be seen from various spots around Nara Park, and lasts around thirty minutes. 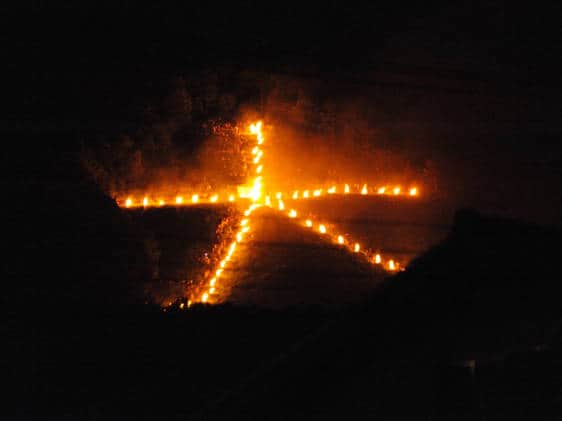