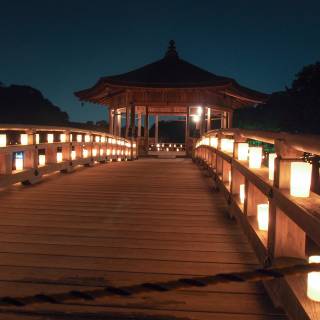 Meaning 10,000 lanterns, Man Toro is a traditional festival originally held only in February but now also celebrated in August for two nights. Despite the name, there are actually only around 3,000 lanterns but they are still impressive as stone and metal lanterns are featured around the shrine. There will be court dancing and Shinto dancing on each night respectively at the honden (main hall). Entrance to the lantern area costs 500 yen.