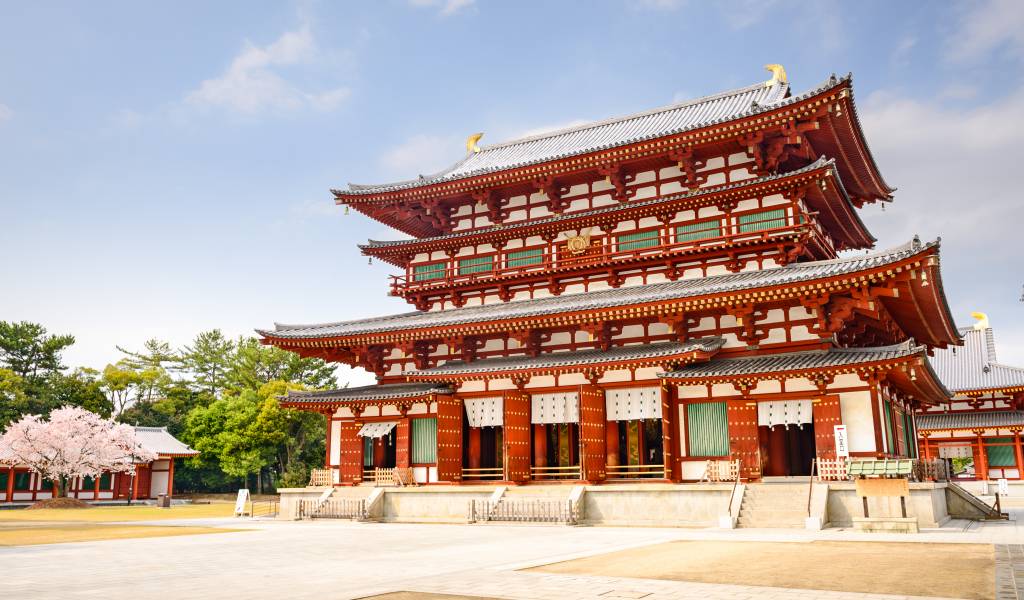 Strictly symmetrical and one of Japan’s oldest temples, Yakushiji was built in the 7th century in an effort to aid the recovery of Emperor Tenmu’s ailing wife.

The temple is one of the UNESCO World Heritage “Historic Monuments of Ancient Nara”. Central between two pagodas, the main hall was rebuilt in the 1970s following a fire and houses pieces of important Buddhist art. Only one building has survived the length of the temple’s years – the East Pagoda, which was built in 730. There is a more recent complex dedicated to the Chinese Monk Genjo-sanzo who’s teachings were highly influential on the Hosso-sect of Buddhism to which the temple is dedicated. Unfortunately, this area is not always open to the public.