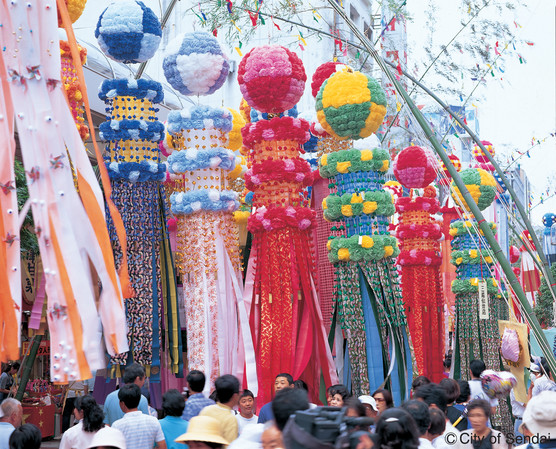 Tanabata – literally meaning the ‘7th evening’ is a festival celebrated on different dates throughout Japan. The Sendai version, touted as one of the three major summer festivals in the Tohoku region, is the most famous of them all. It’s so famous that it has become synonymous with Sendai itself.

The last night of the festival sees a major fireworks festival with 16,000 fireworks and 500,000 spectators making it the most popular in the Tohoku region.

Sendai Tanabata attracts 2 million visitors each year, so if you’re travelling into Sendai, you should make sure you have our accommodation arranged in advance.