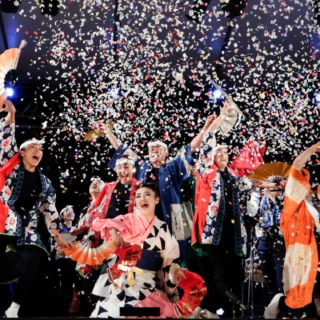 Every year since 1988, the rich natural splendor of Sado has set the stage for Earth Celebration (EC), an international arts festival that seeks an alternative global culture through musical and cultural collaborations with artists from around the world. Produced by Kodo in cooperation with the people of Sado Island, EC is the nation’s longest running music festival, described by the New York Times as “Japan’s leading music event.” In 2009, in recognition of the organization’s “notable contribution to the promotion of Japanese traditional culture and to the revitalization of the local community,” the Earth Celebration Committee was awarded the Tiffany Foundation Award for the Preservation of Japanese Traditional Arts and Culture in Contemporary Society. Come for outdoor concerts featuring Kodo and exciting collaborations with guest artists, kayaking, cultural workshops and unique encounters set in the stunning natural surroundings of rural Sado Island.

Many workshops book up well in advance, so be sure to book if you would like to attend. There are free fringe events around the island too.