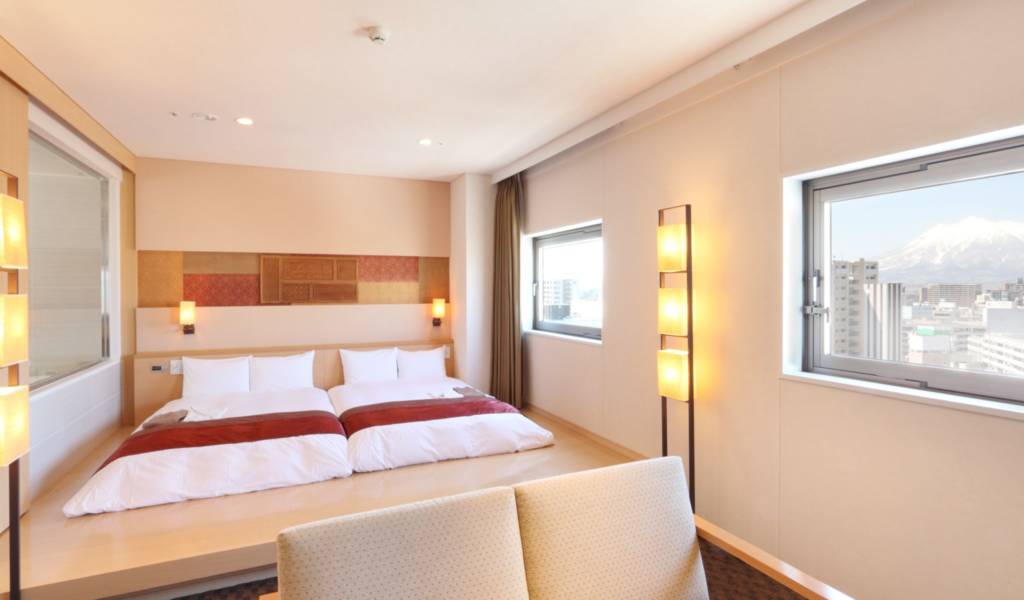 Twin and double rooms are available, as are king rooms and juinior suites aimed at families. The hotel offers an on-site restaurant, a tea lounge, and a bar. Wifi is available throughout.