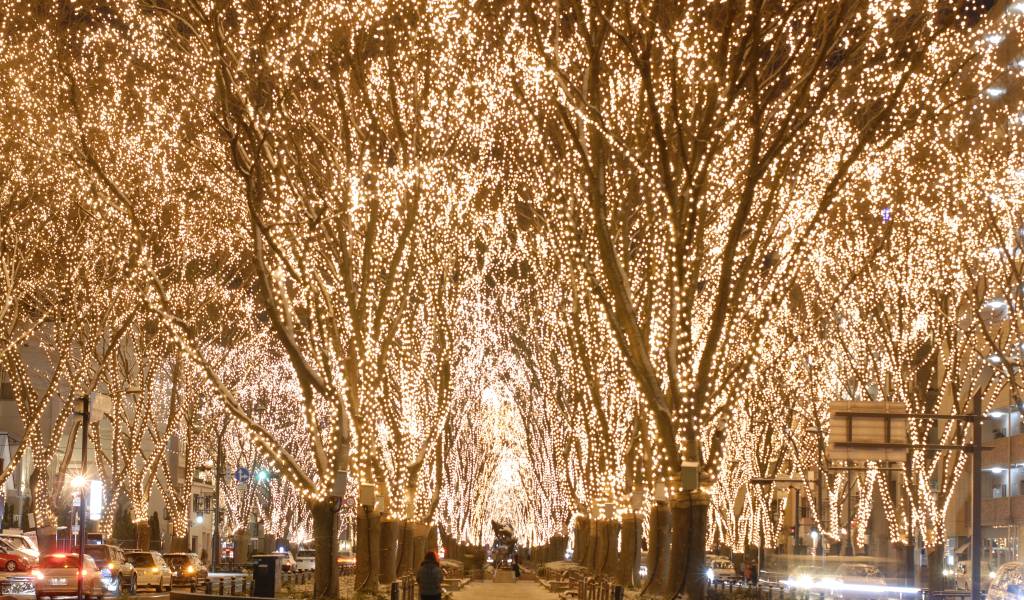 Pic: Tohoku Tourism Promotion Organization
Sharing
We are yet to confirm the dates and details of this event.

In its 37th year, the event’s official Japanese title is “Sendai Hikari no Pajento” which doesn’t mention anything about starlight.

If it’s not obvious from the photo, this event is Sendai’s main winter illumination event.

The venue for the light-up is the Zelkova-lined boulevards of Aoba Dori and Jouzenji Dori right in the center of Sendai. A good starting point is Kotodai Station at the eastern end of Jouzenji Dori, although the area is within easy walking distance of Sendai Station. There will also be a Christmas Market from December 9 to December 25 in the Civic Square.

You can’t have a winter illumination event in Japan without giving it a theme. The theme for this year’s Pageant is “Look up, keep smile!” (not smiling).