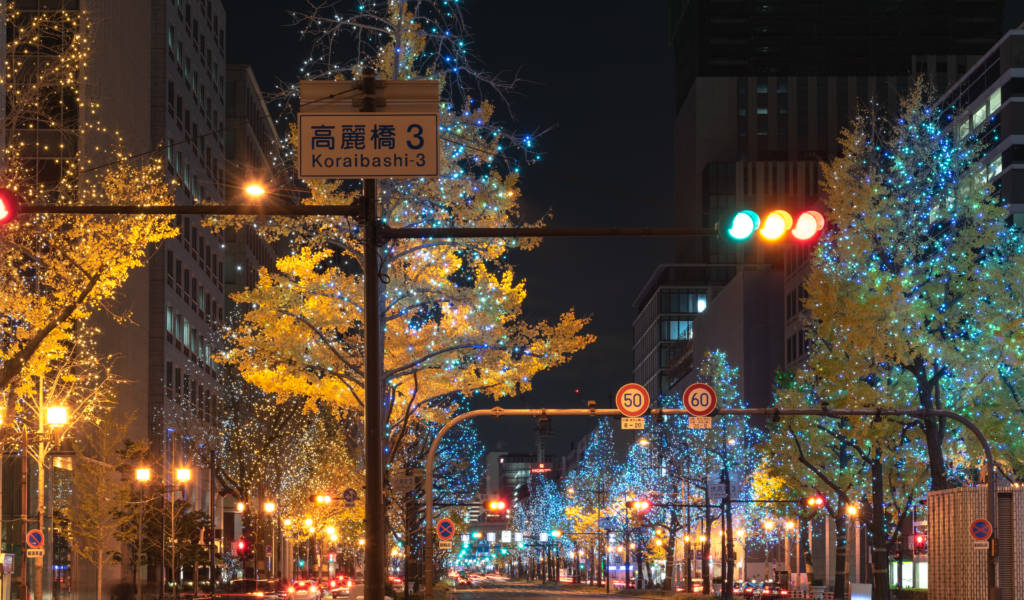 Osaka’s winter illuminations are split into two main events under the “Festival of Lights” umbrella: Midosuji Illumination and Osaka Hikari Renaissance. But there are also quite a few illuminations throughout Osaka that are also part of the festivities — including a giant duck and a Christmas market.

The Midosuji Illumination takes place from November 3 until December 31 (5 p.m. to 11 p.m.). It is officially recognized as the street with the most illuminated trees in the world, with lights strung up for 4 kilometers from the Ooebashi-Kitazune intersection to the Hanshin Mae intersection.

The Hikari Renaissance takes place from December 14 until December 25 between Osaka City Hall and Nakanoshima Park. A highlight will be a two-part projection mapping show on the facade of the historic Osaka City Central Public Hall. There will be two shows: one from 5 p.m. to 9 p.m. and the second from 9:10 p.m. to 9:30 p.m.

Other illuminations and events

As well as the two main events, you’ll get to see a giant rubber duck in Nakanoshima, illuminations at Tennoji Park and the Esaka area until the end of January, and a number of impressive Christmas trees dotted all over. A full list can be found on the official website.

If you’re keen to stay within walking distance of the lights (perfect for an evening stroll) then here’s what we recommend. Coming in at under ¥10,000, the nearby Dormy Inn Natural Hot Spring Hotel has lovely baths and decently sized rooms.