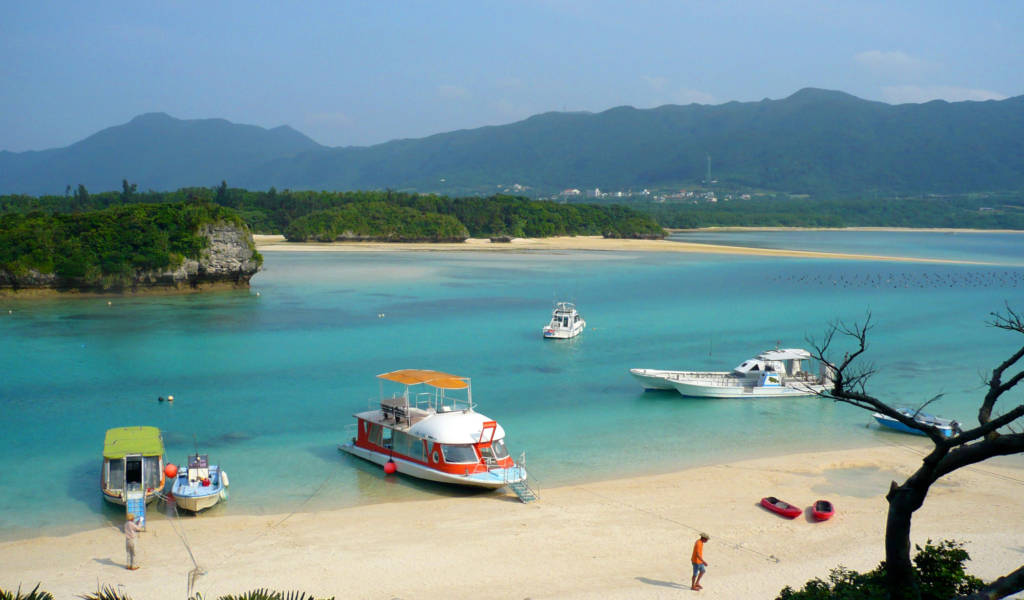 Where to Stay on Ishigaki Island and How to Get There

Unspoiled beaches, mountains, mangrove swamps and coral reefs that are teeming with life. There’s a lot to discover on Ishigaki Island (part of Japan’s Okinawa Prefecture), especially given its diminutive size, but the first thing you’ll want to do is figure out where to stay on the island and how to get there.

Best areas to stay in Ishigaki

If you can’t rent a car, you may want to consider setting up shop in Ishigaki City Center. It’s best known for the pricier hotel resorts along the waterfront, but there are also plenty of cheaper guesthouses in the area.

Despite being behind the resorts, all the beaches here are public, and are of the classic blue water, deckchair, and parasol variety. The jellyfish nets on Fusakai and Maezato beaches serve to cut off the swimming area from the rest of the ocean, making them a popular spot for safety-minded families with children. Looking for a stress-free lay-on-the-beach-with-a-book kind of holiday? Look no further.

The buses to and from the city (more on that later) also make it the ideal place for day trips to other areas of the island—though you can’t afford to be too picky about where or when you go.

As an added bonus, the city places you within easy reach of the ferry terminal, making trips to the other Yaeyama islands a breeze. As a friendly tip, you’re definitely best-off arriving early for your ferry. I had no problems hopping on a last-minute ferry to nearby Iriomote, but the return boat that afternoon was full. For me that meant an hour of standing in line in the summer heat. For you that could mean staying on the island overnight.

There’s more exploring to be done around Kabira Bay than in the city, and there are some incredible beaches and views just a little way off the beaten path. Much of the area is accessible by foot or bicycle, so if you don’t plan on straying too far from the bay, a car isn’t strictly necessary. That said, there are some amazing sights if you follow the island’s coast northwest—so it’s worth thinking about.

In terms of beaches, the bay has several. You can’t swim in the picturesque bay itself, but there are several practically deserted spots to snorkel, swim, stroll and watch the sunrise. Ask your host for advice on which beaches to go to, what you’re allowed to do and when, as the tides can make a big difference. One thing most of Kabira’s beaches lack is shade—so bring something to cover yourself with.

Your best bet in Kabira Bay is a guesthouse, of which there are many. I’m not going to market any in particular, but once you’ve gotten past the Google ads for the more expensive places, you’ll find options covering a wide range of comfort levels and prices. References to friendly and informative hosts are always a good sign. Some guesthouses offer access to communal snorkeling gear and bicycles.

One for true cheapo adventurers, pitching a tent on Yonehara Beach Campsite will set you back a mere ¥400.It’s open from March 1st to December 30th. Apparently, an attendant occasionally comes around looking for new residents, so have your cash ready to go.

There are a few catches to consider before you grab your tent and hop on a plane. First up, there’s always a risk you might not find a spot in peak season. Catch two is that if you come during Ishigaki’s unpredictable typhoon season, you’ll need to be prepared to pay out for a solid roof somewhere. Also consider that the campsite has been known to attract a party crowd—so if you’re more worried about sleeping than making friends, bring some earplugs.

Facilities include fairly spartan toilets and showers and a covered barbeque area. Naturally you’ll need to source your own food and fuel. No great feat for a modern-day Flintstone such as yourself. If you don’t fancy cooking the old-fashioned way, there are a several small restaurants and bars nearby. There’s a pretty fun free statue park across the road too. Don’t miss it.

The creepy crawlies on Ishigaki are no joke—and word is the mosquitoes on this beach are especially thirsty. Fly screens and repellents are must-have items.

Your transportation options may be limited on Ishigaki, but if you’ve chosen a good lodging base, you’ll be able to explore with ease in terms of walking and cycling. Consider the following options to reach the far-flung destinations on the island.

It’s easy enough to get between Ishigaki City Center and the airport by public transport throughout the day, as buses run every 15 minutes. Getting to Kabira Bay or Yonehara is another story. As far as I can tell there are only a couple of buses per day. If you miss them, bite the bullet and get a taxi. Click here for bus timetables. The airport is marked as “Ishigaki Kuko”. Check here for general advice on renting a car in Japan.

The car rental places are right beside the airport, and all have similar prices. It’s only a couple of minutes on the shuttle bus, which is free if you’ve pre-booked a car. Which you should. Especially in peak season. There are several price comparison websites out there to help you find the cheapest deals. Some guesthouses offer their patrons rental cars at a significantly cheaper rate than the main players—so shop around if you have the time.

Be ready to brave the incredibly low speed limits in Ishigaki. At times it feels like you could reach your destination faster by jogging. I’d advise against speeding, even if you see the locals doing it. There are plenty of blind turns and surprising routes—and the roads can quickly become bumpy and overgrown. I’ve also read about police speed checks and speed traps around the island, though I never saw any myself. Just take the time to absorb some of the incredible views the island has to offer drivers. You won’t regret it.