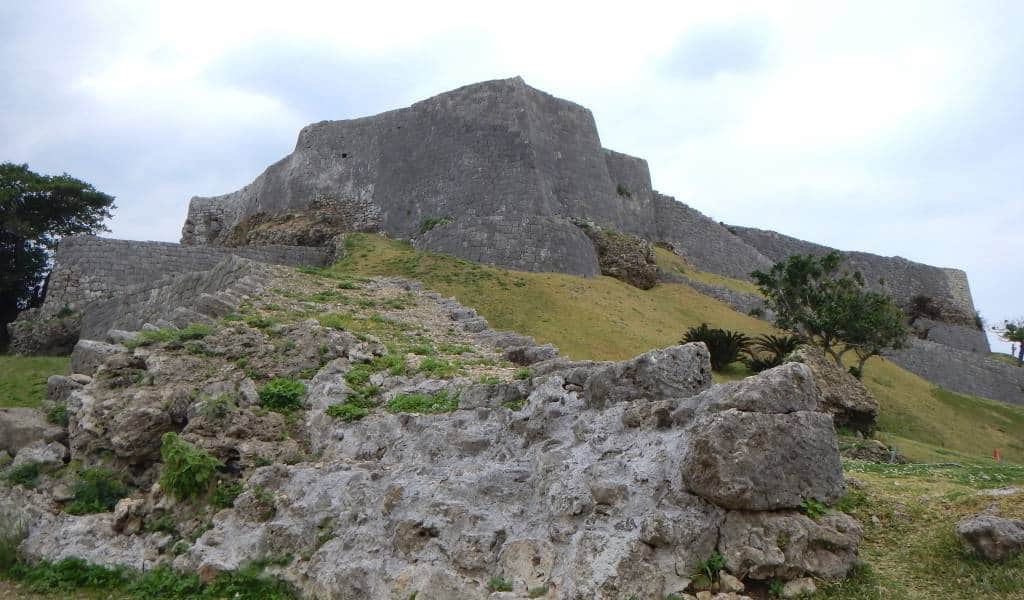 The impressive stone walls of Nakagusuku Castle have a long and dramatic history. Built by the first dynasty of the Ryukyu Kingdom and used both as a fortress and a residence, the castle has seen the rise and fall of royal families, clan battles, wars, abandonment, disrepair, and reconstruction. It still stands proudly in the hills of Nakagusuku, overlooking the ocean, and the towns below, and is one of Okinawa’s most famous castle ruins.

Nakagusuku Castle is listed as one of the ‘100 Famous Castles in Japan’, along with Shuri Castle and Nakijin Castle. In 2000 it was recognised by UNESCO for its historic value under “Gusuku Sites and Related Properties of the Ryukyu Kingdom” (‘gusuku’ means ‘castle’ in the Okinawa language), and declared a World Heritage Site.

Known for its iconic curved walls, the castle is a testament to the masonry skills of an ancient time. There are a series of elaborate gates and enclosures, each built with natural stone, cubical stones, and ‘turtleback’ shaped stones.

There are three natural wells, which provided water to the castle inhabitants, and areas for cooking and eating. The site also has eight sacred prayer areas, Archeologists have also carried out excavations and found pottery, porcelain, tools, arrowheads, handles of swords, and even bullets.

There’s free parking on-site, and be sure to wear good shoes to climb the uneven surface of the stone steps, all the way to the top. It’s quite a climb too, but worth it for the amazing ocean views that lay below.