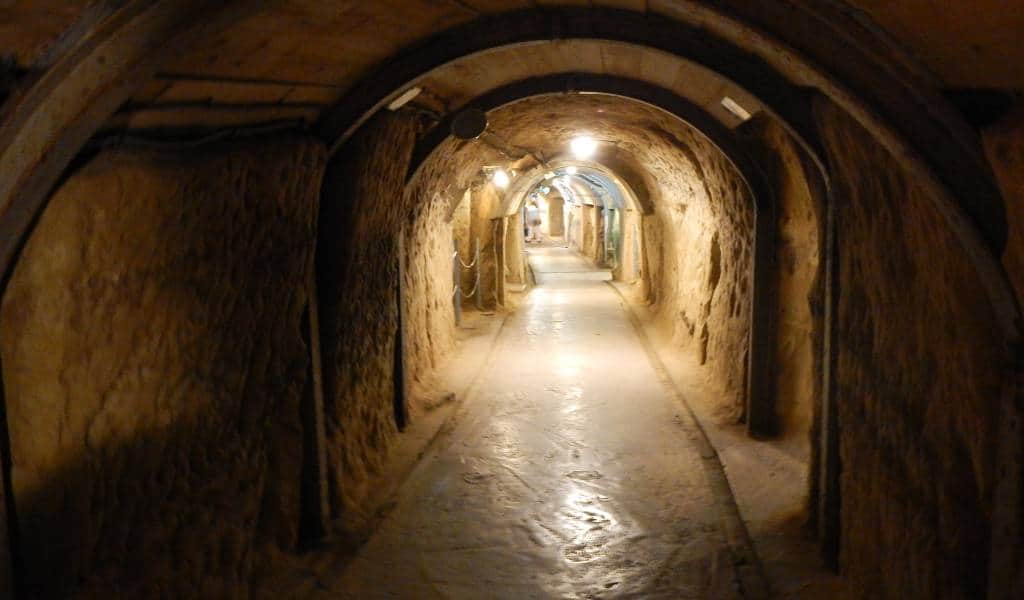 Looking out over the beautiful landscape of Okinawa, it is hard to imagine that this tropical paradise was once the site of fierce and deadly battles that devastated much of the island.

In the hills of Naha, not far from the airport, lies a war museum hidden deep in the ground. The Former Japanese Navy Underground Headquarters, or ‘Kaigungo’, is a tunnel complex, built in 1944 during the Battle of Okinawa. Roughly 20 metres deep and 450 metres long, the tunnels served as the headquarters of the Japanese Navy, and an underground air-raid shelter. Some 4,000 soldiers lived, worked, and hid here, enduring bombardments from American forces, until the final surrender and the end of the war.

The tunnels were opened to the public in 1970, and is one of the island’s most significant war museums. Visiting this site is a good opportunity for visitors to get a better understanding of the impact of the war on Okinawa, and appreciate the hardships that this island prefecture suffered through.

You start by descending the steep steps into the tunnels, and following a circular route through the site. The cold conrete pathways lead you to a number of rooms used by the navy staff. You can look inside the staff officers’ room, petty officers’ room, commanding officer’s room, and the medical room.

Some of the rooms still bear bullet holes and shrapnel from grenades; a grim reminder of the people who lost their lives at this very site.

After exploring the tunnels, take the time to read the exhibits in the museum, such as uniforms, weapons, letters and notebooks. One of the most notable documents is the final telegram from Commanding Officer Ota Minoru to the Vice Admiral of American forces, before committing suicide.

If you’re travelling with kids, the significance of this museum will be lost on them. However, little ones (and, truth be told, adults too) will no doubt freak out when they see the Kaigungo Park, with its giant slides and play areas, right next to the museum’s parking lot.