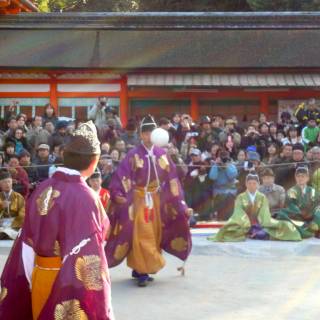 Held at Tanzan Jinja Shrine both in spring and August, the Kemari Festival features beautiful processions, rituals and eventually a game of kemari. Wearing colorful robes from the 7th century, the priests enter the shrine and eventually play the traditional game previously played by the royal family. A type of soccer, the goal of Kemari is to keep a leather ball in the air using only the player’s feet, and was brought over to Japan from China. As the shrine is surrounded by beautiful gardens, you can enjoy an afternoon there and even play kemari yourself after the festival.