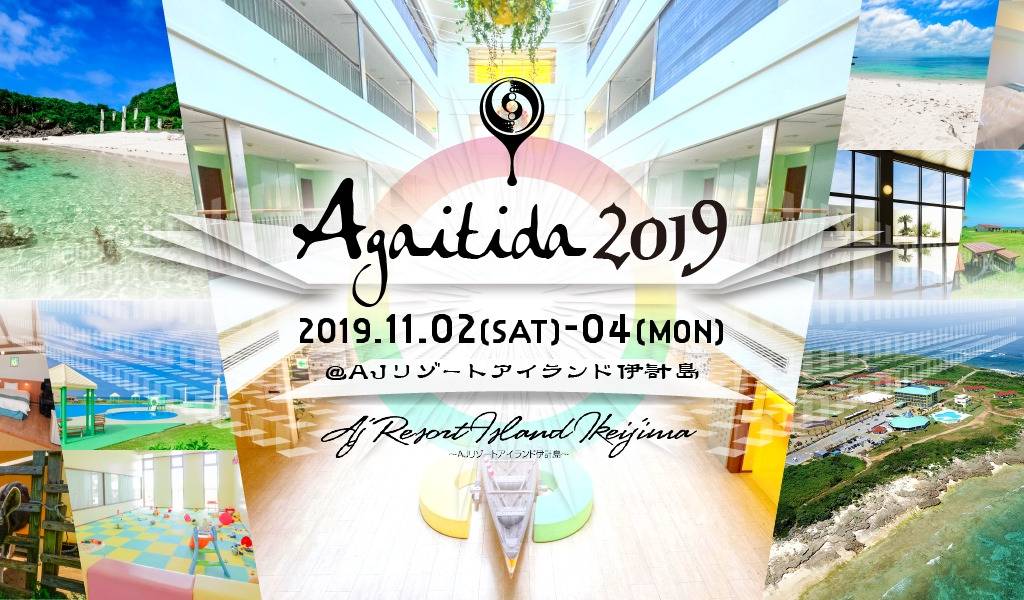 Make your summer last well into what should be winter with this year’s Agaitida Festival in Okinawa. Making the most of the island’s warm weather, this event will be held at Ikeijima’s AJ Resort Island with a stage, an outdoor pool, hot springs, views of the ocean and amazing music. Guests include Ness (Bulgaria), Hibiya Line (Vietnam), Taku Hirayama (Hong Kong) and Gordon Yu (Macau) as well as Churashima Navigator, Altz, DJ Hikaru, John Monroe and Aki.

The campsite has spots available for ¥3,000 and deals are available for hotel rooms at the resort. If you’re an Okinawa resident then keep your eyes peeled for the local discount which will be announced soon. The cheapest flights for the season are set to be released in late August with the ANA sale starting on August 27th. The island is accessible by road from Naha, first over to Miyagi Island then onto Ikei Island (connected by bridge).

Earlybird tickets have been released but are sure to sell out quickly, if you’re too late then keep an eye out for the General tickets instead.