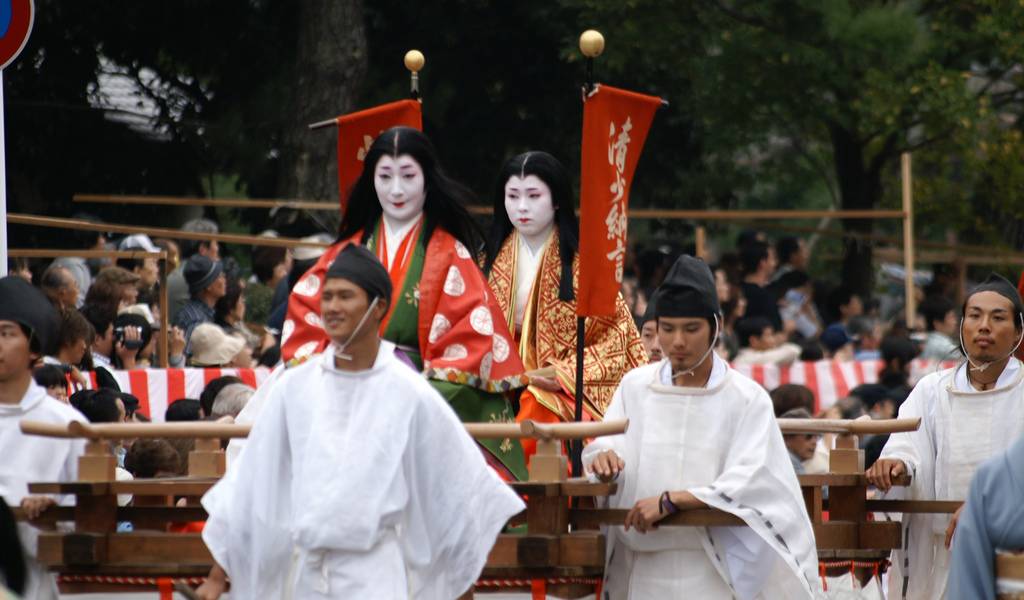 Pic: Hideyuki KAMON used under CC
Sharing
We are yet to confirm the dates and details of this event.

Want to see a slice of Japanese history? The Jidai Matsuri—”Festival of Ages”—is one of Kyoto‘s biggest October draws. It commemorates the founding of Kyoto as the Imperial capital by the Emperor Kammu in 794, so this is definitely one for the history enthusiasts! The Jidai Matsuri is a procession of over 2000 people in costumes from every era of Japanese history, departing from the Kyoto Imperial Palace in the morning and moving along a route several kilometers long to Heian Jingu Shrine. Geisha also participate in the Jidai Matsuri, dressed in junhitoe kimono, some of the most elegant and complex clothing in the world. This festival, established in 1895, is all about authenticity—the costumes, music and symbolism are all historically accurate.

The best places to view the parade are the Imperial Palace (in the morning) and Heian Shrine (around 2pm), but get there early: the festival is mega popular! You can also check out the participants before and after the event. (Both of the venues are near Jingumarutamachi Station, and Heian Jingu Shrine is near Higashiyama Station.) Admission is free.

This festival is held annually on the 22nd of October.