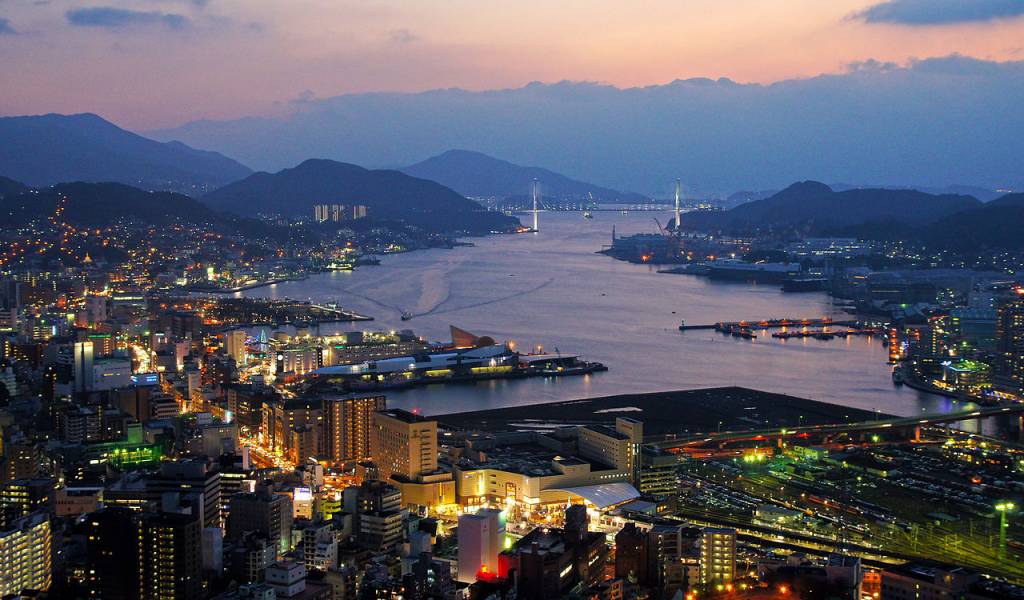 Pic: 663highland used under CC
Sharing
We are yet to confirm the dates and details of this event.

A summer festival with a variety of entertainment as well as fireworks on successive nights – all next to one of Japan’s most picturesque harbors.

The first night sees 7,000 fireworks blasted into the night sky (accompanied by lasers and music) while night two sees another 3,000 go up in smoke.

Another feature of the festival is the Nagasaki Peiron Championship – a race in which 14 meter long boats with crews of 26 oarsmen (similar to dragon boats) compete to take home the trophy. The racing takes place on the harbor between 9am and 4pm on day one and between 9am and 3pm on day two.

Most of the action will be centered around the waterfront Nagasaki Seaside Park.