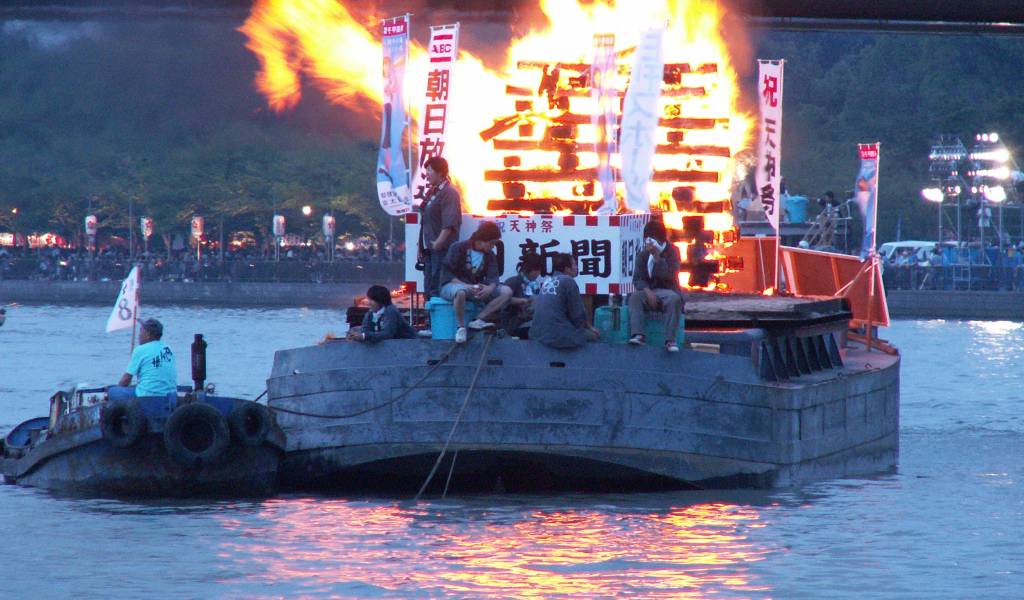 Pic: Kasuga Sho used under CC
Sharing
This year, Osaka’s Tenjin Festival will only include the mikoshi procession, which will happen on the 25th, as well as various shrine rituals. The festival’s evening components, including the lighting of fires on the boats and the firework displays, are not going ahead. Moreover, should Osaka be placed under a state of emergency or quasi-state of emergency, there may be no parade at all.

Although this is held throughout Japan, the festival that takes place around Osaka Tenmangu shrine is the most famous. Touted as one of Japan’s Top 3 festivals, the Tenjin Matsuri has a history of over 1,000 years.

There are two main parts to the festival, one on land and the other on the water. On dry land, there is a procession of 3,000 people dressed in the style of courtiers of the 8th to 12th centuries accompanied by mikoshi (portable shoulder borne shrines). The water part of the festival takes places when the same 3,000 participants board boats at Tenmanbashi bridge and sail up river.

As the sun sets, fires are lit on board the vessels, creating a spectacle for those on the banks. Although they’re lit just for effect now, originally, they were lit for night patrols or fishing.

As the darkness descends, there is also a fireworks display.