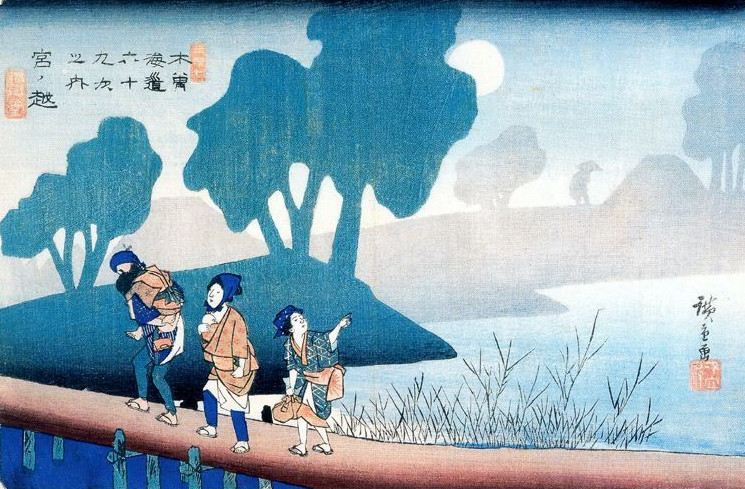 Hiroshige was one of the most famed Ukiyo-e (woodblock print) artists of the Edo period. Among his most famous works were the series of prints “The Fifty-three stations of the Tokaido” and “Thirty-six views of Mount Fuji”.

While the first Hiroshige is the most well known, the next two Hiroshige (Hiroshige II and Hiroshige III) were also notable ukiyo-e artists. This exhibition has works from all three, following the change from the closed Edo period of Hiroshige I to the more open and Modern Meiji Period Japan of Hiroshige III.

The exhibition is split into two parts. The first part runs from January 31st until March 5th, while the second part runs from March 7th until April 2nd. The museum is closed each Monday except for the public holiday on March 20th when it will be open (it will be closed on Tuesday).