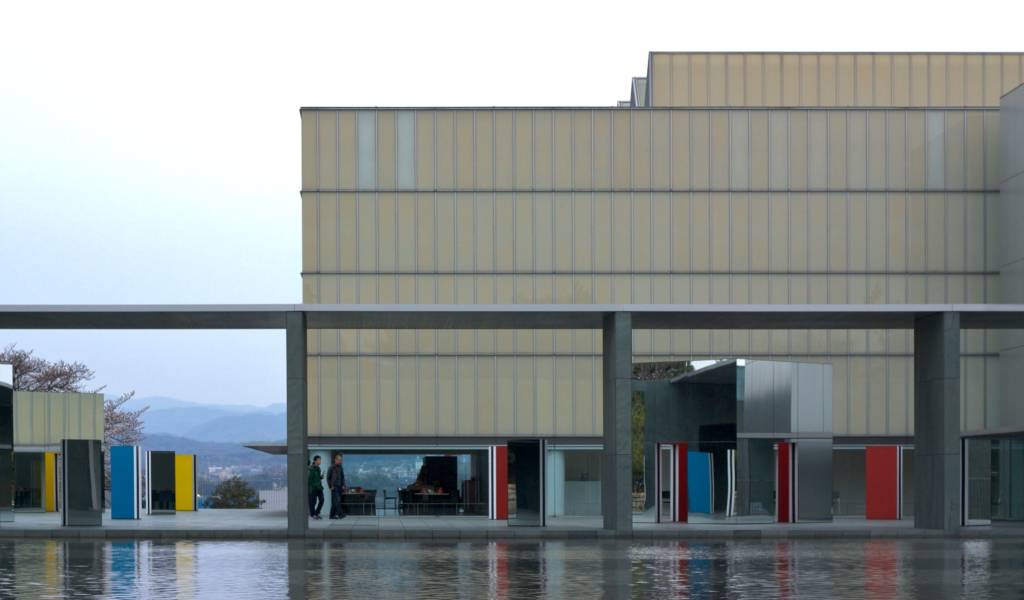 Right up until 1959, Toyota was known as Koromo (挙母). However, the city changed its name in dedication to the area’s most influential entity, the Toyota Motor Corporation. Thanks to the local motor industry, the town has a rather high international population, which has made for an incredibly culturally diverse atmosphere.

Sitting in Aichi Prefecture, on the eastern edge of Nagoya Prefecture, it’s fair to say that Toyota City may not be known as one of the biggest tourist magnets in Japan. But if you’re passing through Nagoya or Aichi, or are in town for the Rugby World Cup, there’s plenty to keep you busy between matches. From museum hopping to day trip valley adventures and traditional craft workshops, here’s a guide on where to begin your Toyota explorations.

What to see and do in Toyota City

Located atop the hill where the city’s Koromo Castle once stood is where you’ll find the Toyota Municipal Museum of Art, one Toyota’s most stunning pieces of architecture. The ultra-slick, water surrounded modern gallery was designed by Yoshio Taniguchi, one of the architects responsible for the renovation of New York’s MoMA gallery. A mix of contemporary concepts and traditional Japanese design, the gallery also features a traditional Japanese teahouse complete with wooden sukiya-zukuri interior, and shoji sliding doors. And while you could easily spend a good few hours admiring the museum from the outside, the gallery’s art collection of 20th-century art and design works is definitely worth your attention. The museum was undergoing renovations from July 17, 2018, but reopens May 31, 2019, bigger and better than ever.

A one-hour journey from Toyota city center sits Korankei Gorge, a stunning valley that’s incredibly popular in November when the foliage transforms the landscape into blushing shades and red and orange leaves. The area is most beautiful in autumn, but well worth a visit any time of year. When you’re there, put some time aside to check out the Sanshu Asuke Yashiki Village, a quaint community of traditional Japanese-style houses. Local artisans often run workshops Inside some of the homes, and you’re more than welcome to join. The types of workshop classes include bamboo basket weaving, indigo dying and washi paper crafts.

It’s not a wild assumption to make that the city of Toyota is most widely known for the eponymous automobiles the city manufacturers, and you can learn all there is to know about it over at the Toyota Kaikan Museum. The museum features six different themed displays—some interactive— exploring the company’s creations, philosophies, and history. From behind the scenes exhibits on manufacturing and the environment, to hands-on children’s’ displays, there’s something to interest everyone, car lover or not. If you’re really keen to get to know the ins and outs of car manufacturing, you can also sign up for a free plant tour which runs from Monday to Friday.

What to eat and drink in Toyota City

If you’re in town for the Rugby World Cup and you’re looking for something a little taste of home, you have to visit Booby’s British Pub. This charming, and welcoming pub is a hot spot for the sports fanatic, it’s filled to the brim with sports memorabilia regularly hosts sports night events. It’s fair to assume come cup time, Booby’s will be a prime Toyota city hangout for rugby fanatics from across the globe. Food-wise, Booby’s offers classic British pub grub like fish and chips, as well as hamburgers, pizza, curries, pasta, and desserts. When it comes to booze, you can expect UK lagers, major European beers, Irish, and Scottish whiskey, cocktails and surprisingly a wide variety of sake.

Miso katsu is one of neighboring Nagoya’s most popular specialty dishes, it’s a rich combination of a fried pork cutlet (tonkatsu) smothered in thick miso sauce as opposed to regular tonkatsu sauce. The delicate almost sweetness of the miso sauce balances perfectly with the crisp saltiness of the cutlet making for hearty comfort food that the locals are mad for. One of the best places to try it is at Misokatsu Yabaton, a chain restaurant that’s been serving the stuff for almost seven decades now.

A big favorite among the city’s locals and guests, but near impossible to find online, and Aisah is a family-friendly restaurant that offers halal certified dishes and authentic, cozy Indonesian cuisine. From the street, there’s not much to see except for a rather basic green and red sign, but the crew here obviously like to let their cooking do the talking. Menu-wise, you can expect all the Indonesian classics, like chargrilled fish and nasi goreng (Indonesian fried rice).

Where to stay in Toyota City

Located 2.5 kilometers from Toyota Stadium, Hotel Sanco Inn Toyota is ideal for rugby fans who want a laid back comfortable hotel with incredibly easy access to the Toyota Stadium. The hotel is best for solo travelers and couples, room are a little more compact. The very budget-friendly hotel offers complimentary Japanese-style breakfast service too.

One minute from Toyotashi Station and a 15-minute walk from both the Toyota Stadium and Toyota Municipal Museum of Art, the location of Meitetsu Toyota Hotel is practically unparalleled. The hotel’s rooms are no fuss, but clean, minimalist and spacious for inner-city living, perfect for unwinding after a long day exploring the city. Meitetsu Toyota Hotel also boasts an on-site Japanese, Chinese, and Western restaurant.

For something a little different, there’s always the Toyota The Ninja Mansion, a 150-year-old Japanese mansion under 10 km from Toyota’s inner-city attractions. More than just a place to crash, The Ninja Mansion, is a truly unique getaway complete with BBQ area, fine art collections, irori Japanese-style cooking, cafe, and traditional dining space. Ideal for larger traveling groups, the mansion can fit up to nine guests across the three available bedrooms.