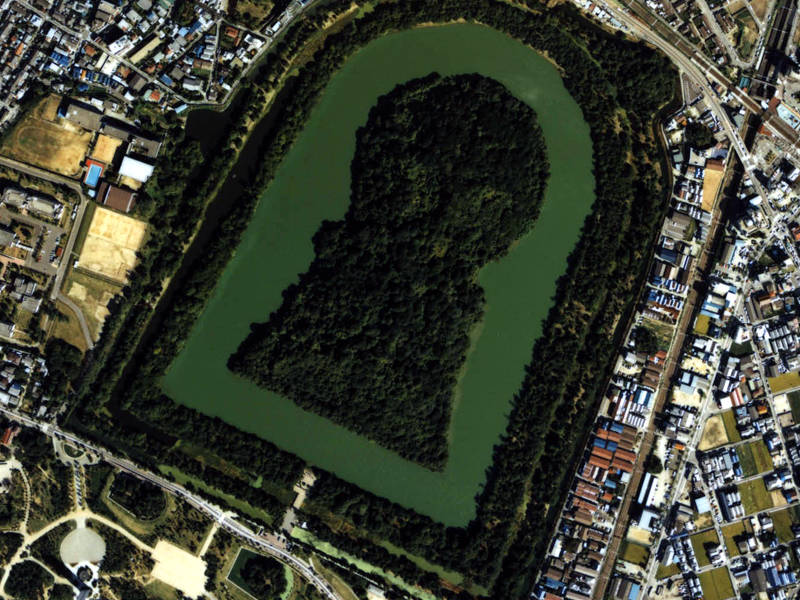 Pic: Ministry of Land, Infrastructure and Transport Government of Japan

Located in Sakai City, Osaka Prefecture, this kofun (ancient burial mound) is one of the largest and best preserved in Japan. It’s also part of a cluster of kofun known as the Mozu Tombs.

Although it is believed to be the final resting place of the fourth century Emperor Nintoku, the exact location of his grave is unknown.

Tightly controlled by the Imperial Household Agency, the kofun itself is considered a sacred site and access to the kofun is not permitted. However, there is an observation platform at the southern end of the complex at the edge of the inner moat and a museum across the road in Daisen Park that goes into the history of the kofun.

Mozu Station on the Hanwa Line is the closest station.