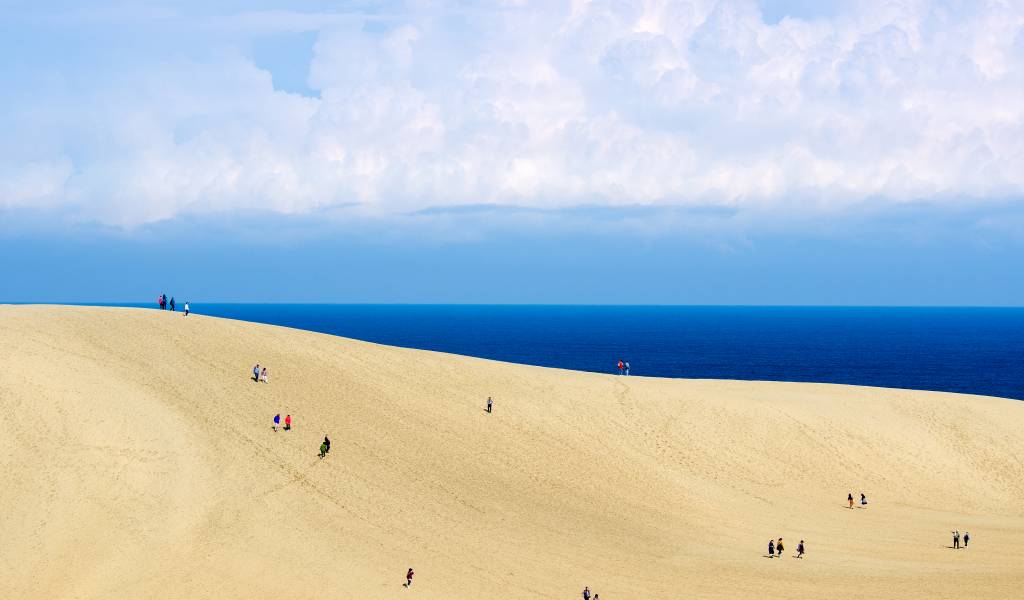 Located on the coast near the city of Tottori in Tottori Prefecture, the Tottori Sand Dunes are the largest dune system in Japan.

The dunes cover an area of more than 30 square kilometers and were formed over the last 100,000 years from sediment brought from the mountains by the Sendai River.

The dunes are a major tourist attraction in the area and many visitors come to Tottori just to visit the dunes. The dunes are also on an official list of Japan’s top 100 geological features (Japan loves lists).

There are guided tours of the dunes highlighting the ecology. There are also various activities, including sandboarding, cycling, paragliding, and camel rides. You don’t have to take a guided tour though. Visitors are permitted to bring their own cardboard or sleds, but they are only permitted to use them in a specified area, and any trash needs to be taken home.