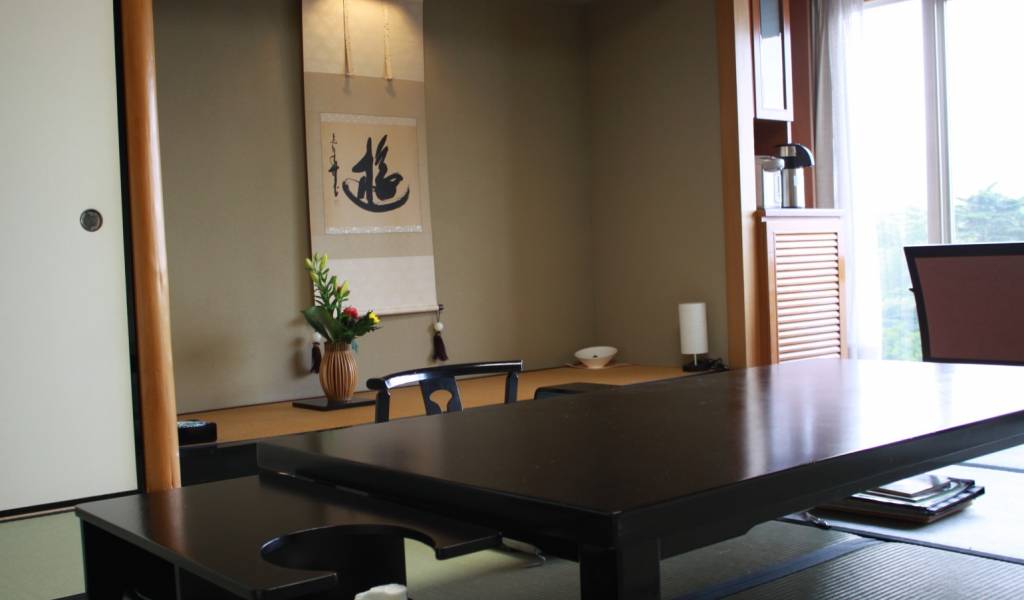 Hotel Shiragiku is a large ryokan/onsen (10 storeys!) surrounded by mature trees near the center of Beppu City in Oita Prefecture. Beppu is known as the capital of Japan’s onsen scene and there are dozens of large scale onsen scattered throughout the city and into the foothills of the imposing mountains that surround Beppu.

Shiragiku is Japanese for “white crysanthemum” – which is a word that is almost impossible to pronounce for a Japanese speaker – so don’t ask. The facilities at Shiragiku tick all the basic boxes although the best thing that can be said about Shiragiku’s location is that it’s handy to Beppu Station! Onsen tend to be fairly self contained, so there’s not really much expectation that you’ll leave the premises.

Even though it says “Hotel” in the name, make no mistake, this is ryokan style accommodation, so your bed for the night will be the floor, well a futon on the floor!

The onsen baths themselves feature an indoor both and a large outdoor rotenburo with boulders strewn through the pool, shapely trees and the essential sound of a tinkling water fall. The baths are open until after midnight and the noren (entry curtains) are swapped for the morning so that you can experience both pools in a single stay. 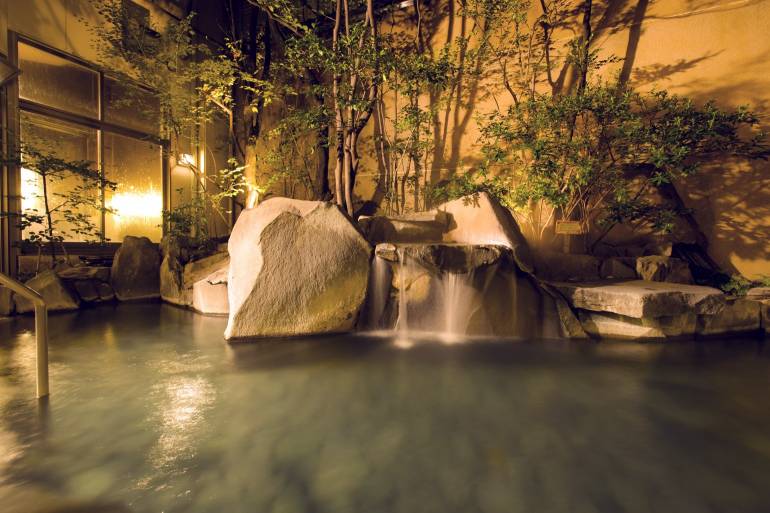 The standard plan includes a buffet breakfast at the 10th floor restaurant but no dinner. If you don’t want to be upsold, there are eating options on the ocean side of the Beppu Station, but their are hordes of tourists wandering the streets so it’s a good idea to book your table in advance.