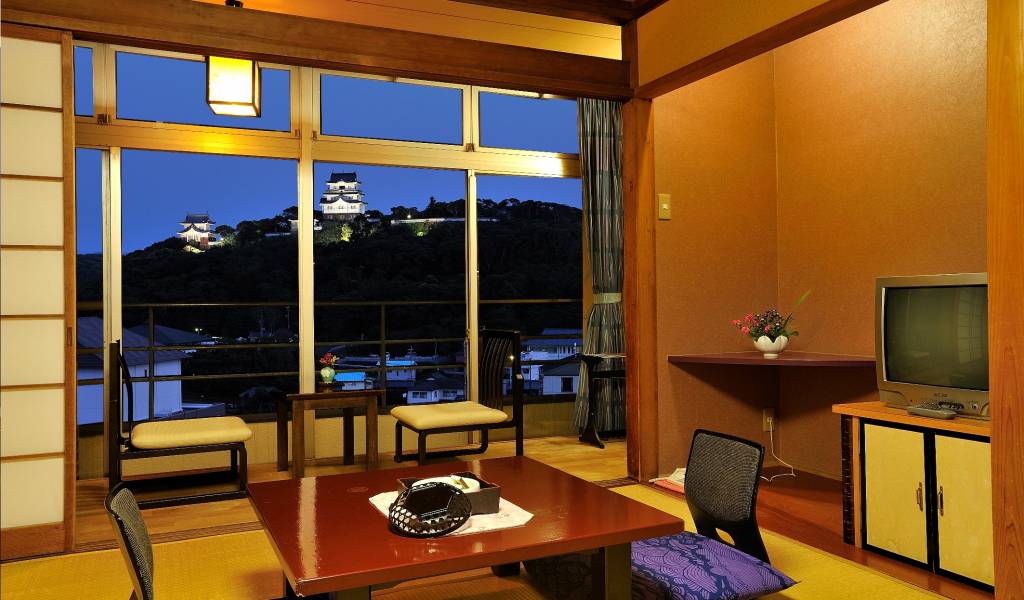 Located on a hillside in the city of Hirado on Hirado Island in the north of Nagasaki Prefecture, Kyushu, this hotel/ryokan has panoramic views of the bay and the quaint Hirado Castle. 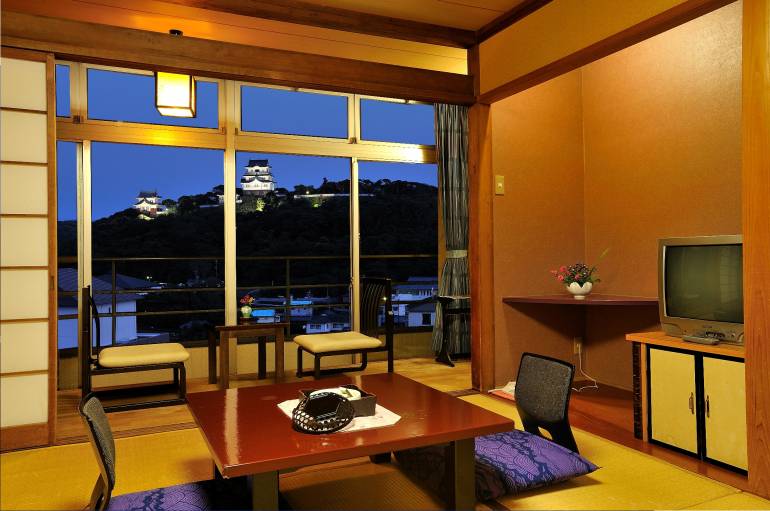 Hirado was the original site of the first Portuguese and Dutch trading ports in Kyushu, but when Japan was closed to the outside world, the warehouses were demolished and the Dutch traders were shipped off to Dejima in Nagasaki city where they could be more carefully isolated and watched. 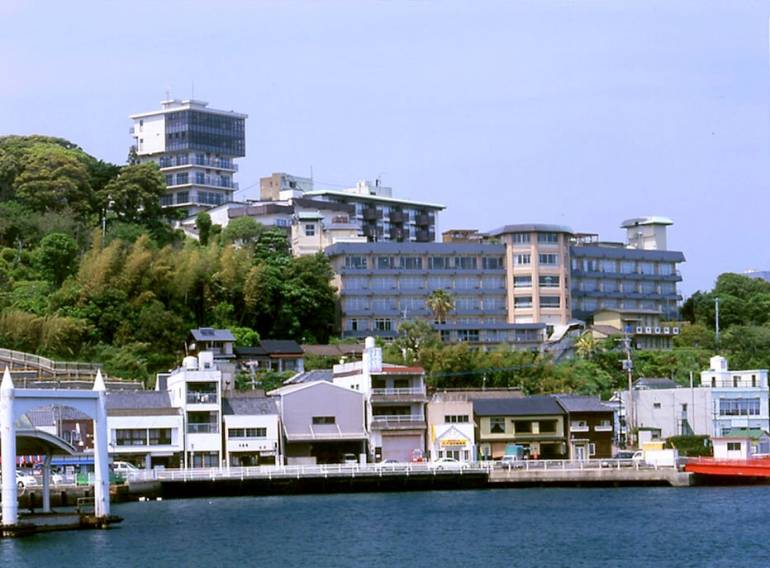 In 2011, the locals rebuilt the Dutch trading port in its original location – about two minutes walk from Kishotei. 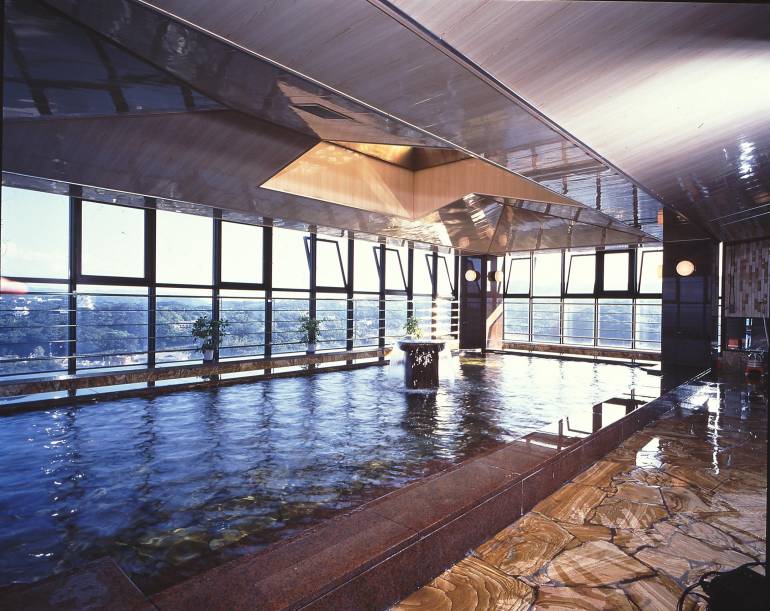 With the elevation of the hotel on the side of a hill above the port, the public baths afford a beautiful view of he ocean throughout the day. 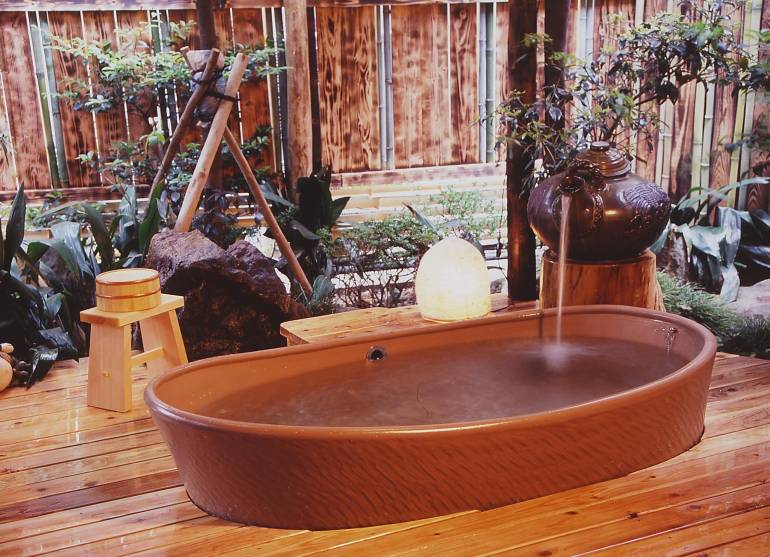